Sheila Katzman, President
IAWRT’s Chief UN Representative, Sheila Dallas-Katzman, has been recruited to the CSW59 Planning committee for the second time. She has been the Chair of Cities for CEDAW, leading a coalition of over 300 human rights and civil rights organizations. Her role is to champion local ordinances for a Bill of Rights Law ensuring the rights of women and girls in New York City and neighboring cities based on the CEDAW Convention. A major law firm has joined the group to draft the bill pro bono, first draft of principles has been completed. The Bill will include a gender analysis component to help the city in identifying gender inequities. Already she has been meeting with key women in New York City on the matter, including the First Lady of New York, the Mayor, and the Chair of the Committee on Women’s Issues. She has developed a strategy for public outreach. She has been actively promoting IAWRT in the process. She also serves on the Mayor’s Leadership team in New York City. 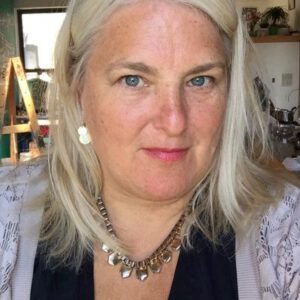 Nancy Cohen Secretary
Nancy Cohen is a multi-media artist, working in film, theatre, journalism and art. She is a contributing writer to the Huffington Post, under the moniker of Cohen-koan and has her own blog, www.notjustaboutsex.com. Currently, she is in post- production on a film about John Lennon’s power to inspire entitled Something About John, Here. Her first film, My Dinner With Abbie, produced and directed by Howard Katzman, is about political activist Abbie Hoffman and premiered at several US and international film festivals winning top prize at the Vermont Earth Peace Film Festival. Blogger at Huffington Post. She directed a film about film about women and magical powers called Which Witch? and a second film on London’s first mayoral elections, Malcolm McLaren – Not For Sale. for Channel 4 UK. She goes back and forth between film and theatre, writing two short musicals, Lady Gaga, A Shelf Life and The Curse of the Chicken Man. Some of her artwork has been shown at Longview Gallery and MOMA in New York and she has won awards for her essays and short stories. She takes special pride in having been the first videographer of The Veteran Feminist Dinner, honoring Bella Abzug and plans on using some of that material in a film about consciousness.

Diana Nastasia
Diana Iulia Nastasia is an international lecturer and scholar, currently a Faculty Fellow and Project Management Associate at Southern Illinois University Edwardsville. she is a member of the board of IAWRT international. In her home country of Romania, she has taught communication and media studies at the RomanianAmerican University, University of Bucharest, and the National University for Political Studies and Public Administration. In the United States, where she arrived as a Fulbright Visiting Researcher and subsequently pursued a Ph.D. in Communication and Public Discourse at the University of North Dakota and another graduate program in Educational Leadership at Southern Illinois University, she has taught communication and media studies at several universities and colleges in North Dakota, Missouri, and Illinois. Dr. Nastasia’s research focuses on voices and portrayals of marginalized populations including women, children, and immigrants, and for her research projects she has been awarded grants by the International Association of Women in Radio and Television, the International Women’s Media Foundation, the European Institute for Gender Equality, Internationales Zentralinstitut für das Jugend- und Bildungsfernsehen based in Munich, Germany, and the Social Science Research Council. She has published chapters in edited volumes at Routledge, Palgrave, Peter Lang, Nova, and Fordham University Press as well as articles in U.S. and European journals, and she has made over 150 research presentations at national and international levels. She currently has a co-authored book on the media coverage of the 2011 Japan disasters as IAWRT-USA | Year to Date Report for 2017 17 well as several other publications forthcoming or in press. Dr. Nastasia has also been involved in numerous university and community service activities aimed at democratizing knowledge and improving the functions of media in society, served on the International Communication Association Board of Directors and on the editorial boards of several journals.

Co-opted Board Member Ivy Fassler
Ivy Fassler is at National Cinemedia, America’s largest cinema advertising network She is a founding member of IAWRT-USA