IAWRT International was introduced to Cambodia in late 2009 through the IAWRT biennial conference in Cambodia held from 16 Nov 2009 – 21 Nov 2009 which was co-organized by Women’s Media Centre of Cambodia.

From that conference, 4 Cambodian women were happy to become members of IAWRT (Ms Kim Thidakallianey, Ms Tiv Sarayeth, Ms Kim Sokuntheary and Ms Voun Soviry) and encouraged each other to keep in touch and follow up on the IAWRT work.

During the work with the Gender Mainstreaming project (2013-5) regular meetings were held. The research was conducted at National Television in Cambodia. The study concentrated on gender equality and the position of women in a country which has no gender policy. In 2016 the final research report was used to present to students and journalists to improve understanding of the issues. 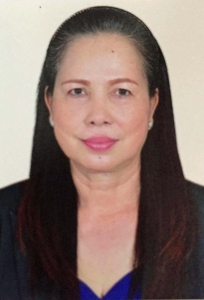 VISION: IAWRT – Cambodia is dedicated to encouraging initiatives to ensure that women’s views and values are an integral part of electronic programming.

MISSION: IAWRT – Cambodia provides opportunities, shares strategies and contributes toward the development of women in broadcasting by exchanging professional and technical knowledge and experience. IAWRT- Cambodia acts as resource for members and the industry.

GOALS: IAWRT- Cambodia aims to work nationwide to promote the entry, development and advancement of women working in the media in order to broaden their perspectives and raise the quality of radio and television programs; and to contribute to the region-wide and worldwide.

To support the professional development of members through exchange of ideas, experience and technical knowledge;
To raise awareness of the privilege of free speech and of the responsibility it entails in the profession;
To utilize media skills to ensure that the points of view of women are respected and their needs are recognized;
To utilize member access to media in support of women in Cambodia and IAWRT chapters.
To support the full integration of women within all areas through various productions advocacy activities.
Members of IAWRT-Cambodia Chapter