The concept of bringing one of the IAWRT chapters to Afghanistan was made in the year 2016, it was registered in Afghanistan Ministry of Justice with the registration number 2742 on the 28th May 2017, and it was officially launched in Kabul on the late August 2018.

IAWRT Afghanistan, is a group of women working in radio, television, and press determined to contribute their efforts as members of an initiative media outlet which ensure women’s journalist views and values in Afghan vibrant media outlet.

The main objective of this chapter is to provide opportunities for Afghan female journalists to exchange views and share experiences with the world’s media professionals. 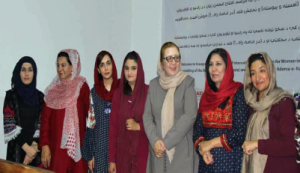 In the year 2018, the chapter received financial support from Internews for a multimedia project profiling the careers of Afghanistan media women, looking at how they started to work in Afghanistan media, what they have achieved, how they were faced with challenges and overcome them in the difficult work environment. The project aimed to find out what they think about the future for Afghan women journalists and what their role will be in Afghanistan.

This project was planned in two phases, where at first the project aimed to find out what they think about the future for Afghan women journalists and what their role will be in Afghanistan. Twenty in-depth interviews were published in the most popular Afghanistan national newspaper 8AM and also produced as a book in two national languages, which was distributed in different areas of Afghanistan. A seven-minute documentary was also made to showcase those media women. 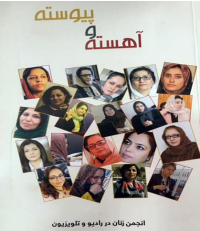 Following along the aims of IAWRT’s international gender mainstreaming project, the Afghanistan chapter also developed a code of conduct for media organizations to put Gender inclusion policy into practice. The Gender Inclusive Policy was developed through a series of networking meetings with other women in media organizations and was produced for the Afghanistan Federation Journalists (AFJ) in the later stages of the project.

In the second phase of project, after developing the Gender Inclusive Policy, this phase will follow up on efforts initiated in the first phase. To increase the presence and positioning of policy within the Federation, to introduce and put into practice the Guidelines for Gender Inclusivity, to host regular Federation meetings; and to develop a second-tier leadership for Women Leading Journalist organizations. 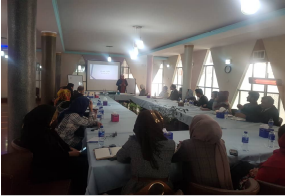 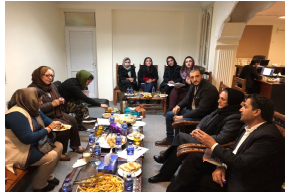 IAWRT Afghanistan has also implemented two specific activities of; strengthening presence and influence of women in the media within the Federation of Afghan Media Associations and Entities; Develop Second-tier leadership within women journalists support groups to ensure better representation of women as well as to sustain efforts within the Federation to improve status of women journalists.

For the implementation of these activities, a work plan and implementation plan for the Gender Inclusive Policy was made and has been communicated through a detailed presentation in a meeting to the Afghanistan Federation Journalists (AFJ).

Many coordination meetings have been conducted with the other partner women journalist organizations in order to monitor the progress of Federation commitment toward implementation of Gender Inclusive Policy and involving the second-tier leaders of women journalists in the practical activities for their capacity building.

A conference titled “Women Journalists, Opportunities and Challenges” held in Kabul on the 15 & 16 January, 2020.

This conference was organized by Association of Women in Radio and Television – Afghanistan Chapter (AWART-K), Center of Protection of Women Journalists (CPAWJ) and Afghanistan Women Journalists Union (AWJU) with the technical support of INTERNEWS and financial support of USAID. This was the first ever conference jointly executed by the three associated women-led organizations. The high-ranked governmental authorities including the second vice-president, His Excellency, Mr. Sarwar Danish, Minister of Culture and Information, Deputy Ministers, Directors, Senior members of Journalists Federation, Members of Journalists Association, Popular media outlets in Kabul including Tolo and Ariana TVs and 36 provincial journalists from 28 provinces attended this conference.

The overall content of this conference was mainly focused on in-depth study and review of the opportunities and challenges those women journalists are encountered with, while the panels and group work discussions were concentrated on the limited Access to Information, Security and Safety of Women Journalists at both Field and Work place, and Gender inequality in Media. 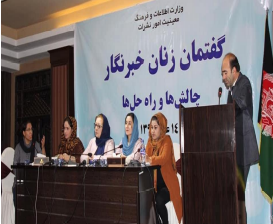 In the debate session between government senior officials and the journalists representing women media outlets, the following points were collected and recommended:

At the end of the conference, the entire team including the organizers and the invited journalists have had a better picture of the overall work conditions and major opportunities and challenges of women journalists in most of the provinces of Afghanistan. Therefore, to move forward, the team agreed on issuance of a joint declaration for consideration and further action to be taken by the relevant decision-making authorities: 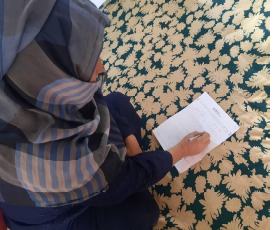 In the year 2021 (August – 31 December) – The first phase of the survey on Personal security (Safety), problems in the working environment and issues encountered with reporting autonomy of women journalists in ‘Afghanistan’ was successfully achieved by IWART-Afghanistan. This survey covered 8 provinces of Afghanistan and total 353 (160 through manual survey and 193 through online survey) respondents had responded to this survey.

This survey was interrupted in the middle of the implementation by the sudden change of the regime which caused some of the elements of the survey to remain uncompleted. There were ambiguities in the data collected as the survey was started before the regime change and ended when the new regime was ruling the entire country. Therefore, the 2nd phase of the survey was designed to clear up the technical ambiguities, classify the realistic and unrealistic data, complement the first survey and finish the unfinished work of the first survey.

The survey findings provide empirical information on the status of journalists in Afghanistan, both male and female media professionals. In terms of participation all the respondents answered all the questions. Based on survey findings some broad conclusions are drawn that female representation in Afghanistan media has drastically skewed after the takeover of Taliban, which is directly proportional to women in top management and decision-making positions, which should be addressed on an immediate basis. 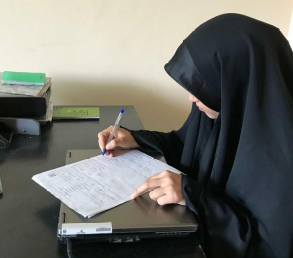 The continuation of the survey of women journalists was designed and executed in the second phase of the survey titled as “Survey for gathering information on personal safety, challenges in reporting, level of involvement in media activities and overall changes experienced by female journalists since August, 2021 in Afghanistan”

Aim of this survey:

This survey aimed at gathering information about Afghan women journalists’ personal security, challenges these women are facing in reporting, their level of involvement in the media activities and the overall changes experienced by female journalists since August, 2021 in Afghanistan. This survey was conducted both online and through in-person interviews with 308 journalists across 22 provinces of Afghanistan, with a major focus on 10 provinces; Kabul, Badakhshan, Balkh, Bamyan, Faryab, Herat, Kandahar, Kunduz, Nangarhar and Paktia.

Manual survey: (face to face talks and on-site interviews with women journalists) A total of 200 respondents were targeted in ten (10) provinces of Afghanistan.

Major findings: The findings of this survey will assist in promoting the rights of Afghan female journalists and engaging with stakeholders to improve the representation of women in media context. Overall, the survey findings provide practical information on the status of female journalists in Afghanistan. Based on survey findings some broad conclusions are drawn and some comparisons are done with the data drawn from the first phase of this survey conducted few months ago; and as discussed earlier, female representation in Afghanistan media has drastically skewed after the takeover of Islamic Emirate, which is directly proportional to women in top management and decision-making positions, which should be addressed on an immediate basis. 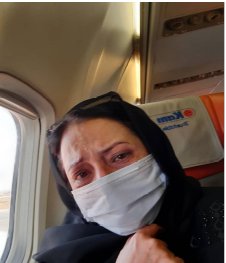 Due to recent political changes in the country, the level of personal threats was intensified for IWART staff and journalists of all media outlets. The entire media family were on target and kept under serious scrutiny by the Taliban. Because of the arising tensions and personal security, most of the IWART-Afghanistan members evacuated Afghanistan to have better protection in exile. The head of the chapter and most of the board members of IWART-Afghanistan are living in exile now. The entire operation of the chapter is going to be temporary transferred to the bureau in exile.

IAWRT Chapter in Afghanistan has a rich pool of talented and experienced members. Most of the them used to work in the senior level positions at governmental and non-governmental setups. Some were teaching at the public and private universities; some were government high officials and some were representing civil society as key decision makers. 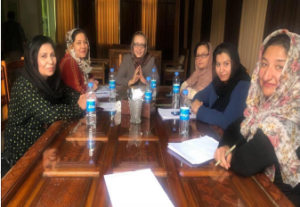