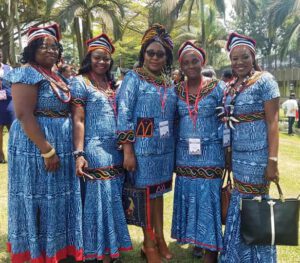 Since 2018 when Becky took office, the chapter embarked on the global IAWRT GMP project with a focus on: Eradicating sexual harassment in Newsrooms in Cameroon.  That project is still dear to our hearts not only because the phenomenon has known new dimensions, but because the goal is to develop a referral pathway that will help prevent and why not sanction sexual harassment in Newsrooms in Cameroon irrespective of who the perpetrator may be.

We have also organized capacity building workshops to upgrade the media women’s competences in election reporting and safety when reporting conflict.

IAWRT Cameroon was kick started around 1997, when Madeleine Membe signed on as the first Cameroonian member of IAWRT while attending a refresher course in Radio Duetsche Welle, followed by Olivia Tumajong in 1999. On the proposal of these two members IAWRT Cameroon hosted a regional meeting in the year 2000 in Yaoundé, the country’s administrative capital. At the time, Gundel Krauss Dahl was the international President. This meeting was organized on the eve of the liberalization of the media landscape in the country, which saw the birth of several private radios, and some television stations.

Gundel’s invaluable support reinforced the commitment of the pioneer members to the vision of IAWRT. By the end of the meeting, which also included capacity building for female broadcasters of rural radio stations, about 15 new members joined the ranks of IAWRT. The Female Genital Mutilation (FGM) project was launched in 2006, and lasted until the Far north area became too dangerous to work in.

In 2007, during the biennial conference in Kenya, Cameroon gained the status of a chapter. It organised a meeting that brought together female broadcasters from the Central African sub region. The focus was on what role media women in the sub region can play to bring about peace and stability in a context of war and other conflict situations.

Despite several ups and downs in terms of membership, Cameroon has succeeded in keeping an active membership base, with founding member Madeline Memb going on to serve on the IAWRT international board.followed in 2015 by Pochi Tamba Nsoh, elected as the board Secretary. In February 2016, respected journalist and long time member of IAWRT Cameroon, Sidonie Pongmoni took over as the head of the Cameroon chapter and Becky Bissong Tchonko took up the reigns in 2018. Thanks to the IAWRT scholarship scheme some members of the Cameroon chapter head have been able to further their studies with specialization in different domains. 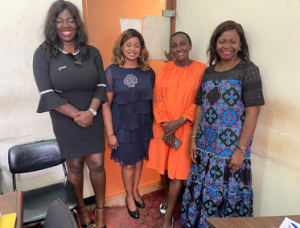