‘Reflecting Her’ is an IAWRT produced documentary on reproductive health which was launched in September 2015. It may be viewed below. Bina Paul from India, as Executive Producer lead a team of four directors, Anna Pawlowska from Poland, Atieno Otieno from Kenya, Priya Goswami from India, and Sara Chitambo from South Africa.

Reproductive health rights imply that people are able to have a responsible and satisfying sex life, the capacity to reproduce in safety, with the freedom to decide, if, when and how often to have children. This documentary tells four stories based on different aspects of those rights for women in four very different countries.

From India, the story is based a woman from a small community (population one million) which engages in the practice of female genital mutilation (FGM). 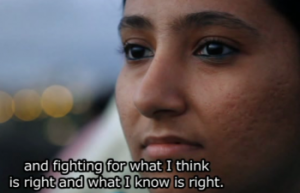 Aarefa Jhari from the Darwoodi Bhora minority was subjected to such an operation as a seven year old, without knowing what was happening to her. She now speaks about against the practice, and joins with other women from her community to work on how to educate, and show that the practice is a violation, which tampers with women’s bodies and their rights. Whilst it is a minority practice in India, the UN estimates that 140 to 200 million women globally are subjected to some form of FGM. 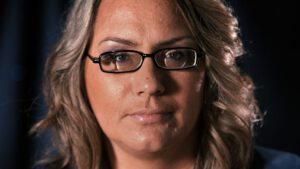 In Poland, access to legal and safe abortions are tightly restricted. Women’s rights organisations estimate that somewhere between 80 to 190 thousand illegal terminations are conducted on women who can afford to pay, each year. A conviction for performing such operations carries a three years jail sentence. They estimate that only 750 terminations were allowed by the state, in cases of foetal impairment or pregnancies which resulted from rape or incest. Despite Alicja Tysiac (pictured) being medically advised that she faced a high risk of becoming blind, through retinal hemorrhage, she was refused a legal termination. After Polish courts discontinued her challenge, she took her case to the European Court of Human Rights. It ruled that Poland violated Europe’s Convention on Human rights, but the activist with failing eyesight, says she has paid a price for her stance as she is now harassed and under surveillance.

From South Africa, comes the story of women from the under resourced province of Limpopo. There, women’s rights campaigners, Susan Vele Ravuku and Agnes Tomori,(pictured right) work for the Thohayandou Victim Empowerment Program, a rural program on rights to be safe from abuse, and promoting female condom usage to protect against aids and unwanted pregnancies. Despite community and some religious resistance, their program empowers village women to control their reproduction and protect against disease, as well as agitating for recognition of women rights.

Also from Africa, in Kenya, the government has pledged to bring down infant mortality rates by 7 percent. Currently, the UN reports that there are 36 deaths per one thousand live births in Kenya, a small reduction from 40 a decade ago. The comparison with countries of the global north is stark, France, Australia, Singapore and Sweden report 2-4 deaths per thousand live births. This part of the documentary tells the story of Judith Awuor Odhiambo (pictured left) from the Kibera community in Nairobi. In the last term of her pregnancy she has to decide between. what she says is, the coldness but medical safety, of the local clinic and a traditional midwife, who she sees as more friendly, with genuine concern for her personal welfare.