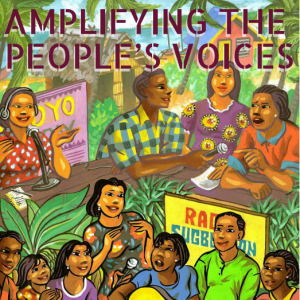 Amplifying the People’s Voices: The Philippine Community Radio Experience and Challenges, was launched in 2018 and is now available for download.

It narrates almost three-decades of community radio broadcasting in the Philippines, laying down the challenges it faces in one of the most dangerous countries for journalists in the world.

The 72-page book was launchedin Kampala, Uganda, by the IAWRT President, Violet Gonda and the editor and head of the Philippines Chapter Jola Diones-Mamangun in Octiber 2018.

The book chronologically narrates how community radio broadcasting began in the Philippines in the 1990s and looks at the problems it continues to face to this day. It explains how current broadcasting laws in the country make it difficult for low-power radio stations to acquire franchises and licenses from government institutions.

Violet Gonda, pictured with the IAWRT board, says radio is one of the oldest and most important forms of media in communications. “A number of our members represent the various tiers of radio – public, private and community. The Philippines chapter has been pioneering a project, the Mobile Disaster Response Radio  – which is the need of the hour – with the problems of climate change, regular cyclones, floods, earthquakes and tsunamis which have become a part of our life.”
“This project targets vulnerable communities to prepare them better for the unseen disasters, from risk to preparedness.” she continued,  “It began in 2014,and  is giving voice to the voiceless and empowering women to be prepared and reduce loss to lives and properties.” Through IAWRT funding the chapter has managed to set up transmitters in the most disaster prone communities and provided computers, cables, mobile phone units for the reporters and training and mentoring exercises to empower the local communities in Cebu, Mindanao and other areas. 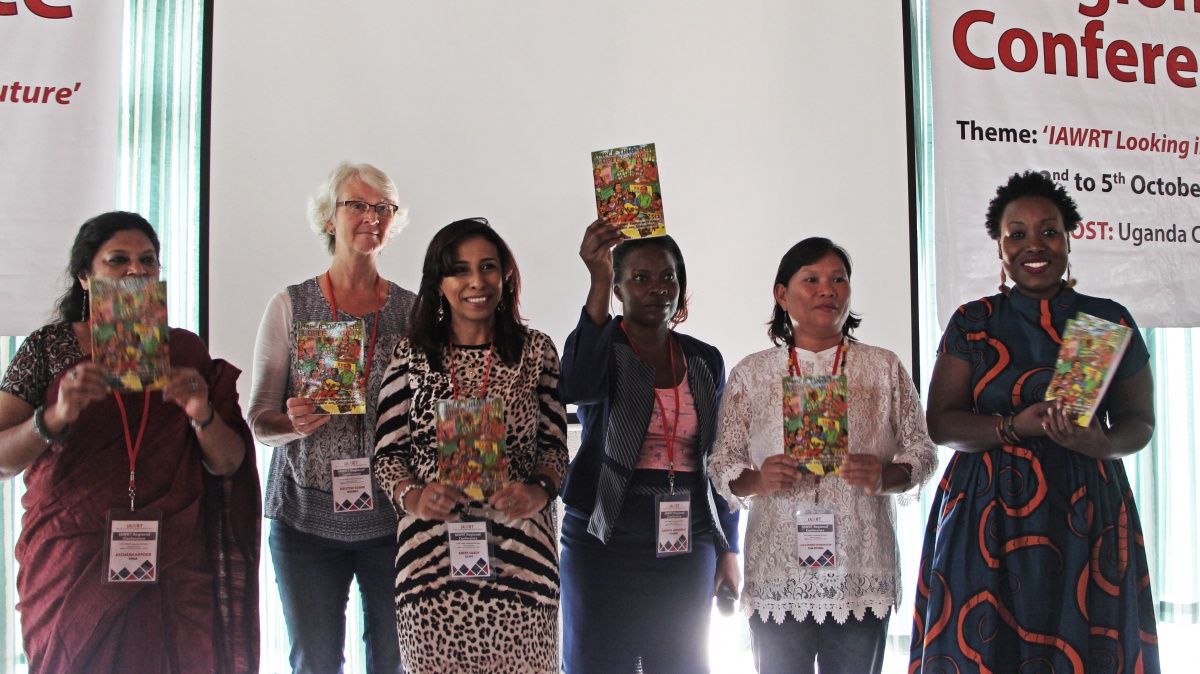 The book recalls how one of the first community radio stations, Radyo Cagayano, was attacked and burned by unknown persons, suspected to be members of the Philippine Army, in 2006, setting back the planned establishment of more stations by several years.The Philippines is deemed by Reporters Without Borders, the International Federation of Journalists and other global media groups as among the most dangerous countries for journalists, with 184 media workers killed since the supposed return of democracy in the country in 1986. The majority of media workers killed are provincial broadcasters, as the National Union of Journalists of the Philippines has said in several of its reports.

However, IAWRT International treasurer,  Jola Diones-Mamangun, said the book is less about the campaign’s problems and more about its successes, despite overwhelming odds.

“We want this book’s readers to realize that whatever successes the community broadcasting movement in the Philippines has achieved, they are due to the communities’ determination to tell their own stories through radio,” Diones-Mamangun said.

“The lesson here is that community radio broadcasting will never happen without the communities themselves.”

Violet Gonda added “we are happy to have published a Community Radio Handbook to share our journey with you and for you to learn from our experiences .There could be no better place than  Uganda to release this publication as there is a strong presence of community radio here.”
Congrats to Jola and the team for doing a great job!

AMPLIFYING THE PEOPLE’S VOICES: The Philippine Community Radio Experience and Challenges available online, in our publications