The film was screened at over 50 festivals, including Hotdocs, CPH:DOX, Hot Spring, San Francisco, Rhode Island, One World, Movies That Matter, Film From South, etc. Dutch embassies also showed the film at their premises in Iraq, Singapore, Malaysia, Palestine, etc.

In the 1960s, the hippies championed the idea of a sexual revolution. They received neither Fatwas nor bodyguards. Today, Seyran Ateş – a Turkish- German lawyer, feminist, and one of the first female imams in Europe – is fighting for a sexual revolution within Islam. In return, she was shot, received fatwas and death threats, and now has to live under constant police protection.

The new board (from left: Kristine, Grethe, Solveig and Nefise)

IAWRT Norway elected a new board in March. The board consists of:

Kristine Ramm worked in the Norwegian Broadcasting Corporation (NRK) for more than 40 years, doing a lot of different jobs, as script, floor managing, and production manager. The last 30 years, she worked as documentary journalist and filmmaker. She retired in 2020 just before the pandemic hit. She joined IAWRT Norway in 2015, and took over as chapter head when Bibiana Piene had to step down after her 4th year in March 2017. She also served as board member of IAWRT International.

Nefise Özkal Lorentzen is a Turkish-Norwegian writer, filmmaker and professor at the faculty of Audiovisual Media and Creative Technologies at Innland University, Norway. Over the past two decades she has produced and directed several controversial documentaries related to Islam. As a result of her dedication to LGBTQ rights and human rights activism through her films she has been named one of the TOP 10 immigrant role models in Norway. Her recent film Seyran Ates: Sex, Revolution and Islam shows that change within Islam is possible. Nefise has received several awards and nominations, and her films have premiered in prestigious festivals such as IDFA, San Francisco Film Festival (FF), One World FF, Hot Spring FF, Rhode Island FF, CPH: DOX and Goteborg FF among others.

Grethe Breie first became a board member of IAWRT Norway in 2005, and among other things went to Cameroon on project travel in connection with the circumcision project of Madeleine Memb.  For 8 years, she made music programmes for radio in her leisure time also working at the Cancer Registry of Norway, a research institute where she is the assistant to the Director. She said it was Gundel who brought me into IAWRT when she was elected President, since they worked together in Radio Norway International at the Norwegian Broadcasting Corporation. Gundel was her mentor in producing Norwegian music programmes in English for audience abroad.

The book edited by IAWRT India chapter member Gauri D Chakraborty traces the journeys and work of women Alumni from Film and Television Institute of India, Pune (FTII) since its inception. The publication is a collaboration between Publications Division, India and FTII, Pune.

Readers will get an opportunity to know the inspirations behind training in film from the first woman graduate Parvati Menon in 1966 to director Payal Kapadia, who was awarded at the Cannes in 2021. This range of experience sharing of women filmmakers is unforeseen in any earlier publication on cinema.

Chakraborty, editor of the book is alumnus from the institution and conceptualized it. She was mentored by Reena Mohan, also an FTII alumnae and IAWRT Board member.

“The archiving of human stories carries the much-needed attention and significance to equate gender discourse on a larger scale. Therefore, it is also important that both practitioners as well as researchers indulge in the contents of this pioneering compilation. The book instigates thought to move beyond gender equity and towards creating gender balance – and hence the title Balancing the Wisdom Tree – Anthology of FTII’s Women Alumni,” shared Chakraborty.

Shabana Azmiji, internationally known actor and FTII Alumnae has given the foreword of the compilation. It adds the much-needed endorsement to the work.

Arunaraje Patil, eminent filmmaker and FTII alumnus released the book at Kolkata along with the former director of FTII, Mr Bhupendra Kainthola (who is now DG, Press Information Bureau, east zone). The other alumni who supported the herculean were Gissy Michael and Dorothy Varma.

Work started in November 2020 and the book was formally released on 8th March 2022 as part of International Women’s Day celebrations at the 45th International Kolkata Book Fair.

The book celebrates and acknowledges the contribution of women alumni who were part of this institution. As a premier film education institute, established in the early 60’s, FTII has the impeccable record of producing some of the most varied and diverse storytellers in the country. The content registers and celebrates the insurmountable contribution of the alumnae of the Institute as pioneers, innovators, creators, storytellers and, above all, achievers in their chosen careers.

The book has three segments which include conversations between alumni, personal reflections but, most importantly, it details the work of approximately 503 women who graduated from FTII between 1965-2016. FTII is the premier training institution in Asia.

The first segment of the book, Conversations creates the dialogue on the choices, pathways, commonalties, individual trajectories and politics of the alumni who engage with each other beliefs and work.

The second segment is personal memoirs titled as Reflections. It uncovers the nuances and shades of these girls being at film school and the learnings.

The last segment Bionotes lists down the work of 503 women alumni over sixty years with a short profile of their work and contribution to the media and entertainment sector of India and as participants of its evolution. The significance of this publication is that it includes all women who ever graduated in the last six decades.

“This publication registers and celebrates the insurmountable contribution of the alumnae of the Institute as pioneers, innovators, creators, storytellers and, above all, achievers in their chosen careers. Their diverse trajectories correspond with the simultaneity of the evolution of the medium itself. The unique journey of each confirms the need of cumulating memoirs and data on alumnae from the most prestigious film training school in Asia, my own alma mater – Film and Television Institute of India, Pune,” said Chakraborty.

She said the book will initiate innumerable research possibilities for future scholars in gender studies.

“The passage through its 60 years of existence is not only revealing of the socio-cultural dynamic in India but has the potency to inform the coming decades as well. A series of conversations and reminiscences uncover this transformation,” she added.

Quantitatively, a brief insight into the number of alumnae reveals another important narrative. In the 35 years between 1965–2000, 150 women graduated while approximately 350 women were trained between 2000–2019, the data being a clear indication that in recent years far greater numbers of women have enrolled at the premier institution for formal training in film and television.

Yet these are on a significantly lower scale considering far more men trained from the Institute have entered the multi-structured film, media education and training landscape.

Read the Review on Scroll by Nandini Ramnath:
https://scroll.in/reel/1020387/dreamers-and-rebels-the-women-who-reshaped-the-film-and-television-institute-of-india

We hope this finds you well.

This is to invite you to apply for the IAWRT Online Mentorship Program 2022.
Based on feedback from various participants, we believe that not only has the first edition of the mentoring program helped nurture personal and professional growth, but it has also led in a small way to strengthening the network.

We received 26 applications in all –16 mentors from Australia, India, Kenya, Nepal, Norway, the UK, and the USA and ten mentees from India, Nepal, and Uganda.

While in most cases, we focused on one-to-one mentoring, we were flexible about the pairing keeping in mind the availability of mentors in a particular field or the nature of the projects that mentees were working on. Unfortunately, we ran short of mentees and could not match some of the mentors with suitable candidates. We also had some projects that were not completed – one for financial reasons, the others because personal and professional commitments in Covid times overtook the initial enthusiasm. Nevertheless, the success of the first edition in 2021 has encouraged us to hold the second edition of this program. We do hope you will apply. 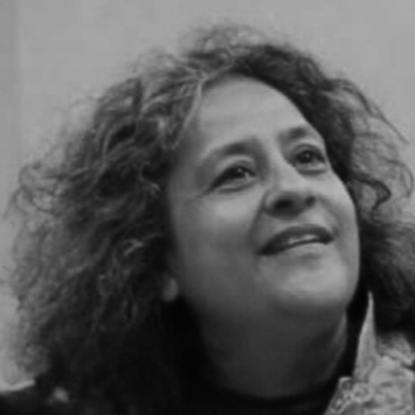 The other Board Members are:

Balachandran is an animator based in Bangalore and co-curated a package of student films for an event we organised on April 8.

The new board is a very talented team, with a good mix of experienced IAWRT hands as well as new voices that is sure to take the chapter to another level.