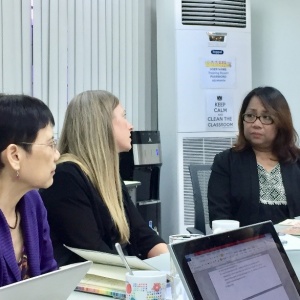 Safety training for alternative women journalists is one posible outcome as negotiatons begin on setting up new partnerships.

The first meeting with representatives of International Media Support (IMS), United Nations Educational, Scientific, and Cultural Organizations (UNESCO), and Miriam College at the Asian Institute of Journalism and Communication (AIJC) has been encouraging.

International Media Support (IMS) is a non-profit organization based in Denmark. They primarily work on strengthening the media’s ability to reduce conflict, strengthen democracy and facilitate dialogue. The organization does this by enhancing local media skills through a variety of seminars, activities, training and advocating media rights.

Jola Diones-Mamangun, Lynda Garcia and Ronalyn Olea, the executive members of IAWRT – Philippines, attended along with UNESCO Communication and Information Advisor, Dr. Ming-Kuok Lim, from the Jakarta office, Therese San Diego-Torres as a representative of Miriam College and AIJC and Henriette Borg Reinholdt, the Assistant Programme Manager of IMS. 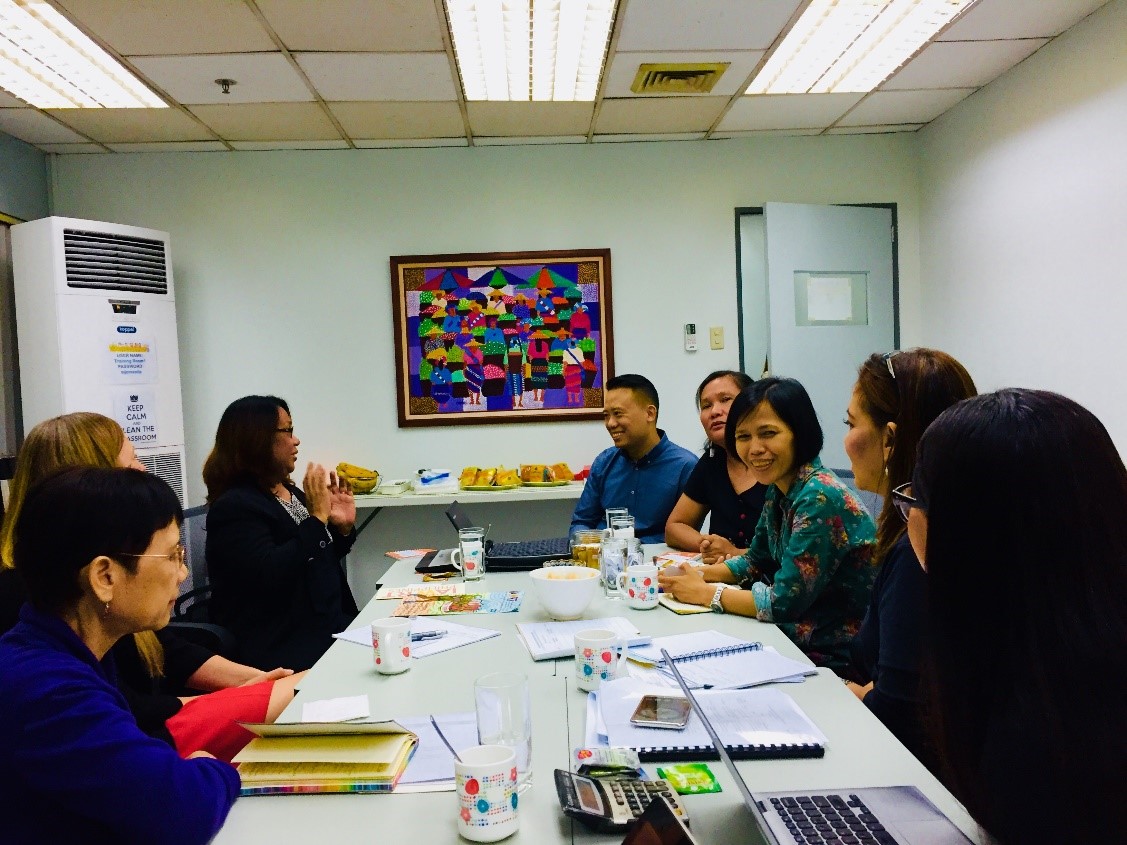 The representatives of the four organizations discussed the importance of training journalists regarding their safety. One of the eight focuses of IMS is Safety in Journalism and IAWRT also has that focus, conducting safety training for members and launching the first edition of its Safety Handbook for Women Journalists in Quezon City last year. IMS has conducted training on how journalists can protect themselves and report professionally under different circumstances. Ms. Borg Reinholdt mentioned that IMS particularly wanted to train rural journalists who are exposed to dangers when reporting in difficult situations and under pressure. Many of their stories were told at the 2017 IAWRT biennial in the Philippines.

During the June 2018 meeting, two specific possibilities were focused on. First is safety training for women journalists working in alternative media, and secondly, funding support for community radio projects which IAWRT- Philippines chapter is running in Mindanao and Cebu. Gender in journalism was also discussed during the meeting. 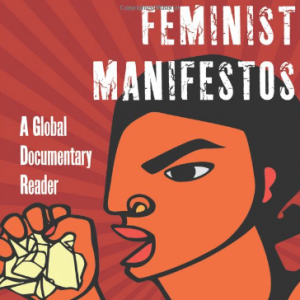 Three hundred years of feminist theory and activism has been drawn together by a US based academic analysing the documentation of women’s organisations, and IAWRT is a part of this history.

Feminist Manifestos by Professor Penny A. Weiss is described by the publisher, New York University Press as “A wide-reaching collection of ground-breaking feminist documents from around the world.”

Professor Weiss, who is the Chair of the Women’s and Gender Studies Department at Saint Louis University, has collected 150 documents from feminist organizations and gatherings of different ethnicities and religions from over 50 countries. She examined the manifestos, to shown that they contain feminist theory and recommendations of actions for change,

Her examination of IAWRT compares the evolution of our aims and goals between 1951 and 2015, noting that we have long addressed the issue of what the media conveys, and the need for equity in the workplace. Two histories of IAWRT are available from the iawrt.org home page:The History of IAWRT and [email protected] 60.

Professor Weiss says IAWRT provides an example of how women use their skills and position in the workplace for feminist ends. We have become more inclusive, and continue to evolve, our latest aims and vision statements are available here. http://iawrt.peoplesresearch.org/about