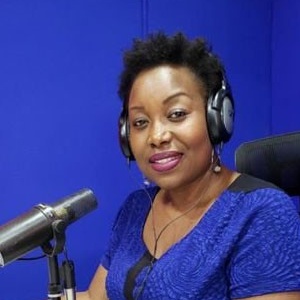 Authorities in Zimbabwe have ruled that a 17-year-old ban imposed on journalist Violet Gonda by former dictator Robert Mugabe will remain in place.

Violet Gonda was allowed to return to her home country this year after last November’s coup, which replaced Zimbabwe’s President of 30 years (and prime minister for 7 years) with his ZANU-PF ally and vice president, Emerson Mnangagwa. On her return in August (as a UK citizen) she applied for the return of her passport but it has been refused.

Violet Gonda is a born and bred Zimbabwean, and is President of IAWRT, elected in 2017 after many years of membership which began in Zimbabwe, before she moved to the UK for study and began reporting from afar on her country. She worked for SW Radio Africa, the first privately owned radio station to openly expose the excesses of the Mugabe regime.

The radio station was set up by media colleagues who left to escape attacks and intimidation. They reported back into Zimbabwe about the intimidation – which included heavy censorship of local media – and human rights violations under the authoritarian rule of Robert Mugabe. She also did a stint in Washington DC for the Voice of America’s Studio 7 – Zimbabwe program.

The list of those who offended the Mugabe Government and were banned from the country for criticising the regime in 2002, according to media reports, included SW Radio staff and the entire UK cabinet headed by then Prime Minister Tony Blair.

It is not clear if they are still on this so-called stop list, but Violet discovered that her name was still on that blacklist when she was denied a new passport. She had complied with all the formalities for and her payment had been accepted but a passport official, under the Registrar General’s office, revealed that Violet’s name was on the ‘Stop List’, so the department was prohibited from issuing a passport, which a Zimbabwean citizen is entitled to. 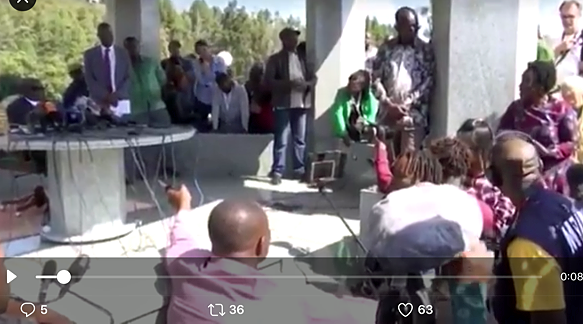 While in Zimbabwe this year, Violet Gonda has been the face of public debates ‘Making Elections Make Sense’ run by an NGO supporting the democratic process, the Zimbabwe Election Support Network (ZESN). She reported on the elections, the post-election violence which lead to the deaths of six people and the unsuccessful Constitutional Court challenge by MDC Alliance presidential candidate Nelson Chamisa.She also had the opportunity in media conferences to face her old nemesis, former President Mugabe, and to question incoming government Ministers, including senior members of the country’s security forces.

Like the 2018 elections the debates engaged voters and politicians, except for one session in Violet’s hometown, Mutare, which had to be stopped after supporters of rival parties disrupted the event and shouted down speakers.  That mirrors the first findings on the elections of the EU Election Observation Mission, headed by Chief Observer Elmar Brok, a member of the European Parliament, “… the elections were competitive … overall political freedoms were respected during the campaign. Nevertheless a number of shortcomings were observed including intimidation of voters and lack of trust in the process undermined the pre-election environment”. Other journalists have observed that the excitement of an election is tempered by what happens to Zimbabwe now. 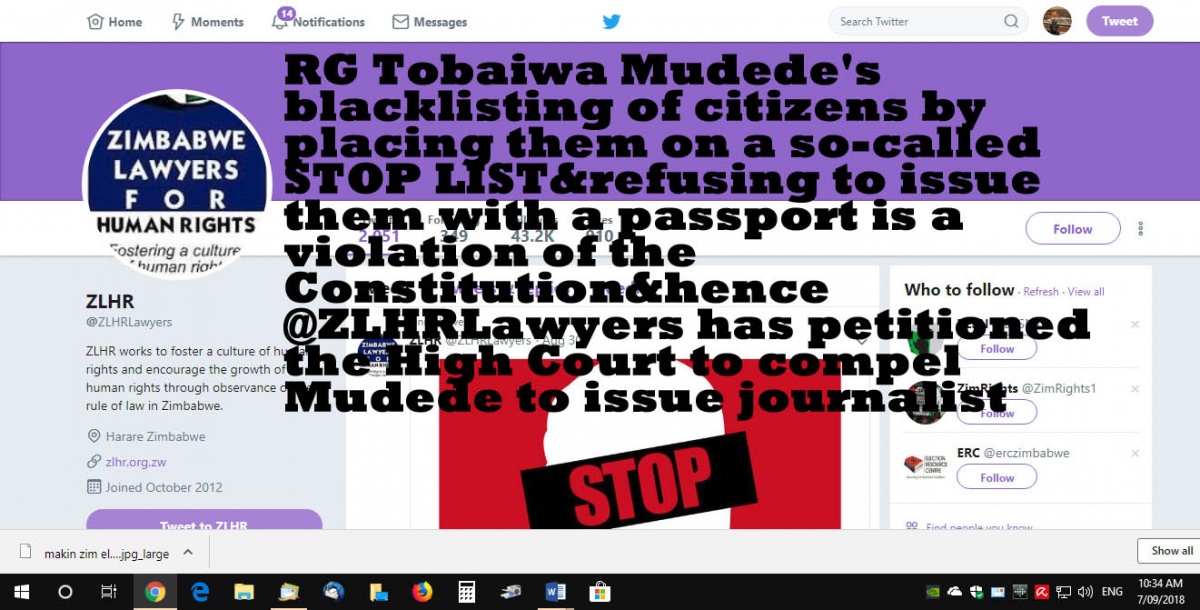 While the new engagement with a freer media environment than Zimbabwe has seen for some time has been encouraging for Violet Gonda and other journalists, she now must take a case to the High court of Zimbabwe to overturn what the Zimbabwe Lawyers for Human Rights (ZLHR) group argue is a violation of her rights as a citizen.

“I am a Zimbabwean and I should not be made to feel like a foreigner in my own country, like I am having to do at present. Is Zimbabwe still in the Mugabe era? A ‘Stop List’ should not exist.” Violet says.

Violet’s court application states “the administration of Mr. Emmerson Mnangagwa has distanced itself from the excesses of Mr. Mugabe and rebranded itself as a ‘new dispensation’ in which citizens enjoy their freedoms and rights with minimum interference by the State.”

Violet says the court’s ruling and the government’s response is not only crucial to her future but that of thousands of Zimbabweans in the diaspora and in the country, which was so full of hope when Robert Mugabe finally bowed out of their lives.

“The case goes way beyond me – it’s about one’s right to access public documents with no victimization. I hope the justice system will ensure no one is ever subjected to this in future. A blacklist has no place in a new dispensation”