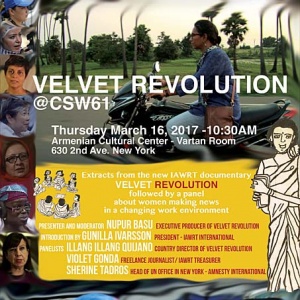 That stark assessment at the opening of the 61st Session of the UN Commission on the Status of Women came from Phumzile Mlambo-Ngcuka, UN Under-Secretary-General and Executive Director of UN Women. So, it was timely that IAWRT presented its documentary on the dangers faced down by women making news, and a panel discussion at its parallel event for NGO/CSW New York. 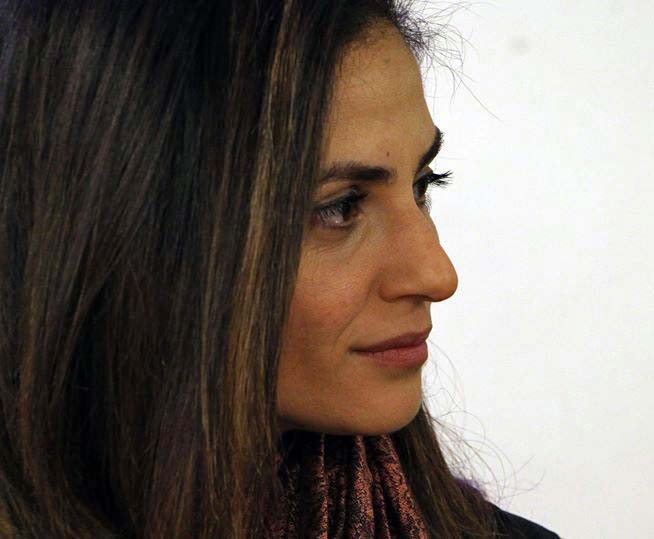 Sherine Tadros, (pic left) the head of Amnesty International’s New York (UN) Office, a former Sky news and Al Jazeera journalist, reflected that the space for media to do uninhibited reporting was also contracting. “I was a Middle East Correspondent that could no longer get to report from the Middle East, I was always based in the Middle East, from Damascus to Lebanon to the Gaza strip to Egypt, but I found that increasingly, the space was getting smaller.”

The Executive Producer of Velvet Revolution, Nupur Basu, said “If this is the century of the media, this decade has become the most difficult”.

“The most disturbing thing is when a journalist cannot report out of her county she has to report in exile”. The documentary features two women journalists in exile and one driven from her home.

One of the five local directors who contributed to the 2017 documentary, was Ilang Ilang Quijano, who profiled a younger and an older woman journalist in the film. She reminded the audience that the Philippines is the second most dangerous country in the world for journalists. according the IFJ. 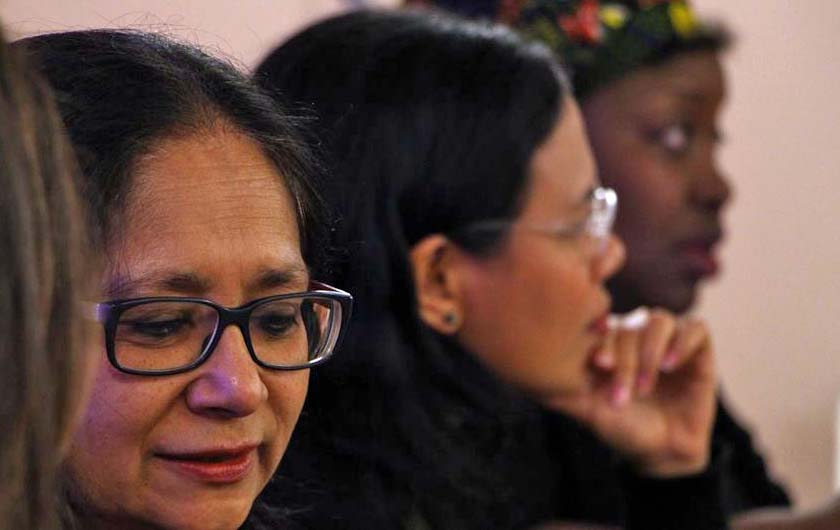 “It is even more dangerous now under the Durtarte administration. Now more than 7 thousand people, ‘drug suspects’ have been killed. I have interviewed some of the families – one of the children – her parents were shot in front of her – the younger sibling was even being hugged by her father when he was shot – just missed the kid by a few inches, so it is horrible.”

“Journalist are being pilloried by the government for reporting on the drug killings …. For the women journalists, the notch gets higher, because of the abuse on social media, online and also the threat of rape that women face when they are in the field.”

Freelance Zimbabwean web journalist and IAWRT board member, Violet Gonda said she had been in exile for almost 17 years, after being banned for working on a shortwave station from London which reported atrocities.

“In the Zimbabwean Parliament, the Justice Minister, in answer to a question in Parliament, said the six [of us running the station] were free to return, but in the country’s prisons.”

They broadcast for more than a decade, “but in 2014 it was forced to shut down because of a lack of donor resources. I have continued to try to set up alternative ways to broadcast. Currently I am trying to set up an online platform.”

After listening to those stories, Amnesty’s Sherine Tadros said she was “struck by the incredible crackdown that we are seeing, not just on journalists, but anyone that challenges the narrative of the state, and whether that is human rights advocates or lawyers, or journalists, we are all somewhat in the same boat.”

“I think that what is really stark is that we are sitting here discussing this in the United States where we have a President that is doing a very similar thing.”

Nupur Basu pointed out, in a brief q & a session after the film showing, that the attacks on the media women were not just attacks on single journalists but the thousands of people they reported for.