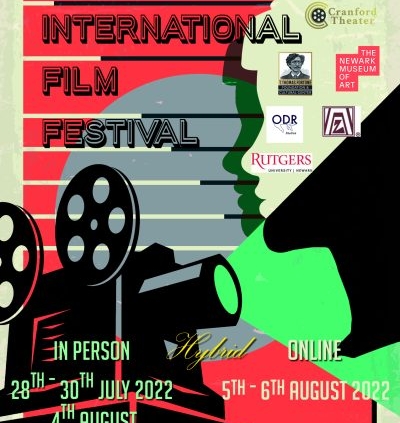 The story of Ofelia Moreno, an activist who dedicated 40 years of her life to seeking Truth and Justice for her relatives executed by the Chilean civic-military dictatorship. 11:20 min. – Chile

Under Tension – Mireille Fiévet, Director Keeping the family under the yoke and authority of the father is more and more difficult and dangerous for the balance of the family. 20 min. – France

Precious Cargo: Return to Viet Nam – Janet Paxton Gardner, Director This story explores the complex history of the 1975 Operation Babylift. It was the last chapter of a war that tore this country apart. 28:00 min. – USA/VN

Daughter of A Lost Bird – Brooke Pepion Swaney, Director By sharing a deeply personal experience of inherited cultural trauma, the film opens the door to broader and more complicated conversations about the erasure of Native culture and questions of identity surrounding adoption. 66 min. – USA

A Wake for Mary Murphy – Barrie Dowdall, Director After the sudden death of her mother Nora is left to sort through their unresolved conflicts. During the wake, she is haunted by the ghost of her mother. 6 min. – Ireland

A Stranger at the Funeral – Ana Maria Estrada Cardenas, Director Roberto’s family is surprised by the mystery of the man at the funeral. 15 min. – Peru

Eureka – MiidaChu, Director A young indentured Chinese prostitute must overcome her toxic dependency on the brothel madam on the eve of the 1885 anti-Chinese riot in Eureka, California. 14:50 min. – United States

Daughters of the Sea – Laura Esteban, Director Compelling testimonies of gender discrimination are brought to the table, highlighting the bravery of the women who work in the Atlantic Ocen, and the long road that still lies ahead to achieve gender equality in our contemporary society. 17:20 min. – Spain

Barbara Lee: Speaking Truth to Power – Abby Ginzbert, Director An intimate and inspiring portrait or Representative Barbara Lee, a champion of civil rights and a steadfast voice for human rights, peace, and economic and racial justice in the U.S. Congress. 83 min. – United States

Trailer for Thalidomide in the USA – C. Jean Grover, Director This trailer previews the documentary which will disclose first-ever seen footage, by and about United States thalidomide survivors, chronicling their decades-long journey to find the truth about distri- bution of the drug in the US, and its devastating effects. 2:28 min – United States

Maid of Honor – Jessica McGaugh, Director As the maid of honor for her best friend’s wedding, Tasha, a steadfast tomboy, has to get fitted for a dress. 6 min. – United States

Guarantee of Life – Veronica Couto and Oscar Vazquez, Directors Abortion in the Dominican Republic is totally prohibited and crimi- nalized by law. Guarantee of life collects testimonies from victims of this legislation to support the feminist movement in its struggle to achieve basic rights for women. 43:39 min. – Spain/Dominican Republic

Aya’s Dream – Aleksandra Orbeck, Katalin Hanappi, Directors A young Ju/ hoansi San girl struggles to navigate the society she finds herself in. We follow her spiritual and dreamlike journey of connecting to her ancestors, reconnecting to the identity of her people and rediscovering the essence of life. 13:00 min. – Namibia

Cross – Hyunjin Lee, Director A Korean immigrant mom in the US goes through a journey against her religious faith to embrace her only son who is discovering his sexual orientation. 15:41 min. – United States

Lost From Sight – Olivier vandersleyen, Director Marie Gaillet, a Belgian artist, has been a painter for 70 years and has been severely handicapped for 13 years by AMD. 93 years old, she still continues to give painting classes. 23:41 min. – Belgium

The Racial Politics of Abortion: A Short Film by Dawn Porter – Acclaimed filmmaker Dawn Porter ‘s intimate and personal view of the often-overlooked stories of Black women who seek out reproductive services in America. This documentary gives a snapshot into the lives of Black healthcare providers, mothers and pro-choice and pro-life activists and shows how laws that restrict abortion access impact Black women and their families. 26:10 min – USA

Four Hours a Day – Ayelet Dekel, Director Babies who, according to the kibbutz ideology, were taken from their mothers and raised and lived in children home. Every mother was allowed to hold her child for only “Four Hours a Day.” The mental scars created and left in the hearts of mothers and their children are exposed for the first time in this Documentary . 55:00 min. – Israe

The Dress – Marie Karkashadze, Director A young women under house arrest decides to change her ap- pearance drastically for the last chance and a “perfect date” with someone she loves the most. 8:55 min. – United States

Demolition: Staging A Protest – Grace Uther, Director Powerhouse femme performers Polytoxic are taking down the patri- archy with spectacular force … and everyone is invited to the show. 24:35 min. – Australia

Unseen: How We’re Failing as Parent Caregivers & Why It Matters – Amanda Dyer, Tom Dyer, Directors Through the power of unfiltered, compelling human stories, Unseen cultivates compassion and tangible support for the caregivers in our communities. 46:28 min. – United States