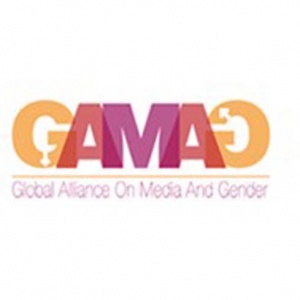 The Global Alliance on Media and Gender reports

To what extent have the recommendations on women and the media contained in global agreements such as the 1995 Beijing Declaration and Platform for Action been achieved?

In partnership with UNESCO, an event at CSW61, posed that question. The meeting heard that the latest results from the Global Media Monitoring Project, a global survey on media conducted every 5 years and last produced in 2015, showed that the percentage of women in newsrooms had actually declined, from 38 to 35%, as did top management from 28 to 27%. However, UNESCO reported that there was some good news, with the findings showing there was a much greater focus on gender equality issues than 10 years prior.

Participants also discussed some of the challenges that will need to be overcome to reach gender equality, beginning with the dramatic changes being felt throughout the media sector and the increased prevalence of freelancers without the support or resources of traditional media organisations. Raquel Romero from the Fundación Colectivo Cabildeo de Bolivia discussed the importance of greater inclusiveness, and ensuring minorities, indigenous people and marginalised groups can participate in the process. Sian Rolls from FemLINKPacific added that many young people were not aware of milestones such as the Beijing Declaration, and need to be brought to the table.

The importance of media in contributing to gender equality was endorsed by the selection of the review theme for CSW 2018 regarding the participation and access of women to the media and how ICTs can empower women and girls.

GAMAG Secretary-General Aimée Vega Montiel said “GAMAG will put in place a process of participation and mutual collaboration between stakeholders, to come together to CSW 2018, and make a meaningful contribution”.

GAMAG Chairperson Sarah Macharia added that “The event in New York was crucial for broadening the conversation about GAMAG’s strategy for the months leading up to CSW 2018, when the spotlight will be directed to ‘gender and media’ as the review theme”.