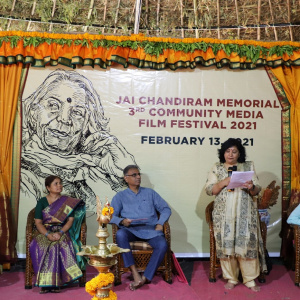 The Jai Chandiram Memorial National Community Media Film Festival is named after the founder trustee of the India chapter of IAWRT and President of IAWRT International (2001-2005), the late Jai Chandiram, in recognition of her significant contribution to community media. The festival is a wonderful platform that brings together community media producers from across the country to share their work and to interact with each other.

The festival is organized by the Deccan Development Society’s Community Media Trust. The Deccan Development Society (DDS) is a community-based organisation that has been working through women’s sanghams (local associations) in 75 villages of Sangareddy District in the state of Telangana, Southern India, for more than three decades. It has a membership of over 5000 women farmers, from the most impoverished and oppressed strata of society. They have been very proactive in mobilising to address their common concerns of food security, natural resource enhancement, education, and health. Community media, both video and radio, forms a key part of their work. 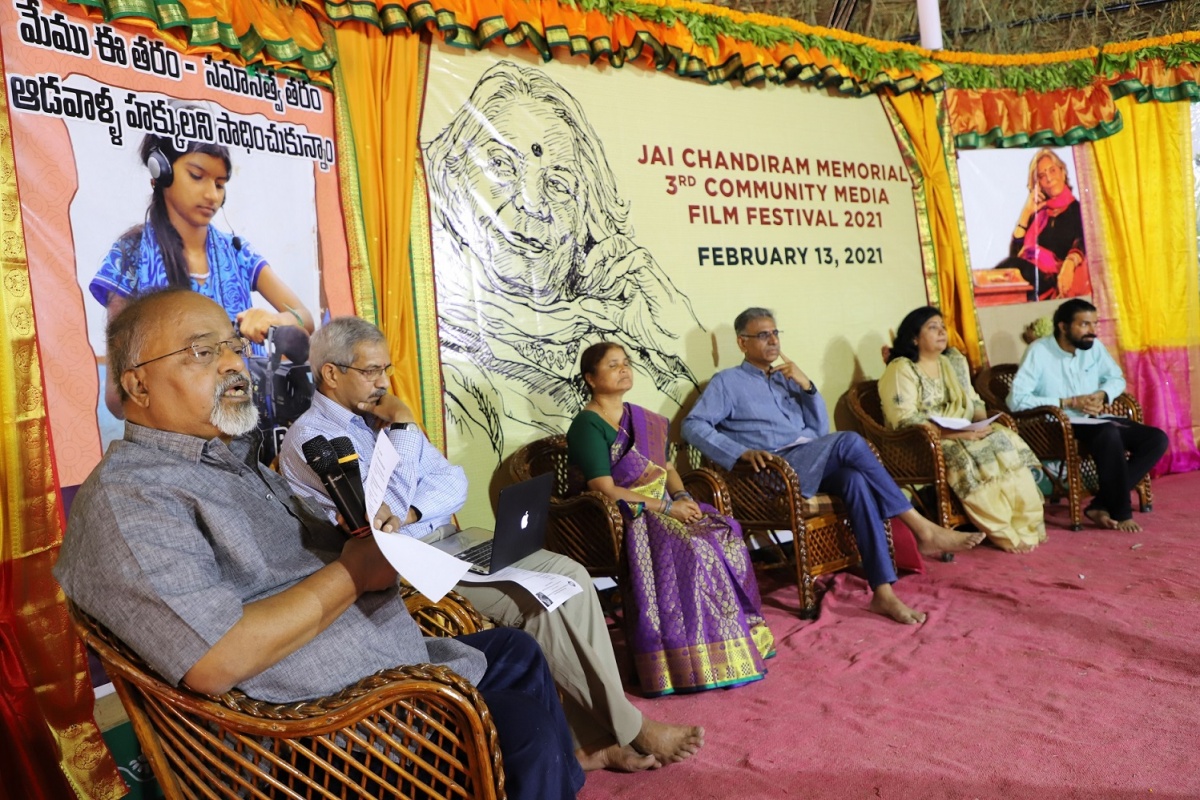 In his opening remarks, PV Satheesh, Director and one of the founding members of DDS, said, “The Jai Chandiram Memorial Community Media Film Festival started its journey in the year 2017. Jai Chandiram, who was a prominent television filmmaker and producer, has always been our spiritual mentor and inspiration because of her work and ideals. Though Jai Chandiram worked in commercial television, her empathy lay with rural, oppressed women and children. And that is why the Community Media Trust (CMT) of DDS decided to celebrate the film festival in her name.”

The three award winning films are:

Log Drum of Pessao (31 mins, Assamese, 2019) jointly made by four fellows of the Green Hub Fellowship programme, that works with young indigenous people in the North-East of India, received the first prize. The film painstakingly documents a rare community practice, from an insider’s point of view: the making of the ceremonial log  drum of Nagaland. It is well shot and edited and gives space to community voices. 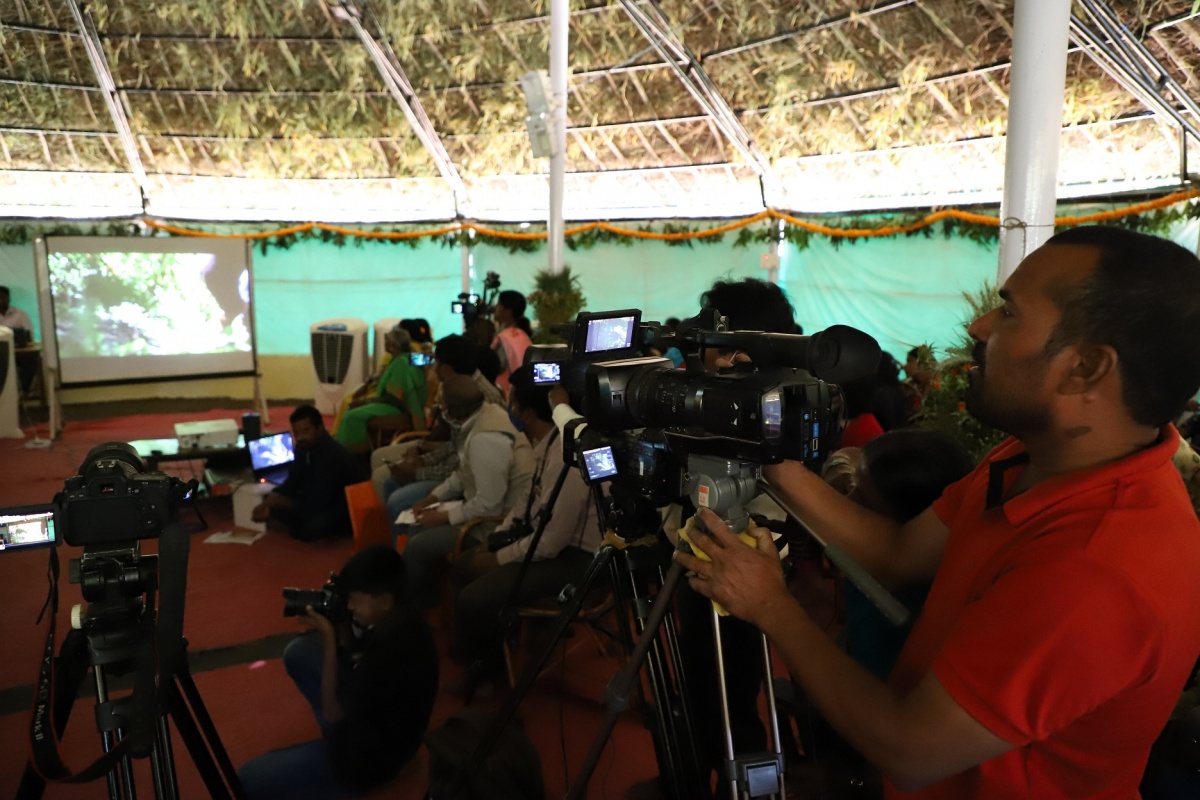 Buchad – Heap of Soyabean Crop (23 mins, Hindi, 2021) made by Vishal Garand of Ingit Productions, Maharashtra, received the second prize. It is a short fiction film that represents the travails of a small farmer in the face of climate change, lack of state support and an iniquitous system that ultimately drives him to ruin.

Identity of a Woman as a Farmer (5 mins, Gujarati, 2020) directed by Chandrika Makwana and jointly produced by Drishti and ANANDI, Ahmedabad, received the jury award. The film foregrounds women’s involvement in agriculture and their rights to agricultural property. It is an idea that needs wider dissemination and debate in our patriarchal society.