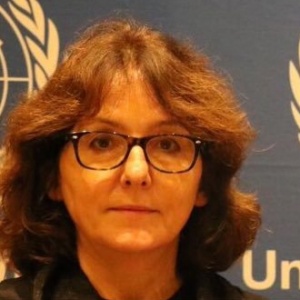 The new report “highlights issues such as the exacerbation of gender-based violence against women journalists through digital technologies, the specific types of threats and sexual violence faced by female media workers, intersectional discrimination, harassment in the workplace, as well as the stereotyped roles and sexualized images into which women journalists are often expected to fit.”

The Special Rapporteur recalled that 70 female journalists have been killed in the last decade, according to the UNESCO observatory of killed journalists.

“Much remains to be done, particularly in view of the emerging fundamentalist discourse and the global backlash against women’s rights,” she added.

She also recommended the development of training programmes for police, prosecutors and judges who are responsible for fulfilling State obligations concerning the protection of the rights of women journalists and other media actors.

Finally, she called on States to include a gender perspective in all initiatives aimed at creating and maintaining a safe and favourable environment for free and independent journalism.