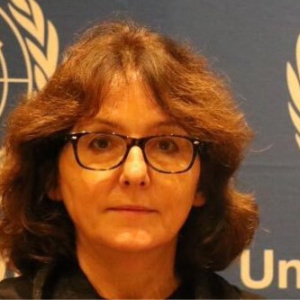 Excerpts from the Report

“The United Nations Special Rapporteur on violence against women, its causes and consequences, Ms. Dubravka Šimonović, in her thematic report to be presented to the UN Human Rights Council in June 2021, addresses States’ responsibility to criminalize and prosecute rape as a grave and systematic human rights violation and a manifestation of gender-based violence against women, in line with international human rights standards,” introduced the publication of the report online.

“Rape is a violation of a range of human rights, including the right to bodily integrity, the rights to autonomy and to sexual autonomy, the right to privacy, the right to the highest attainable standard of physical and mental health, women’s right to equality before the law and the rights to be free from violence, discrimination, torture and other cruel or inhuman treatment,” the report cited.

The aim of the report is to support and encourage a process of harmonization of national criminal laws and systems and practice with international standards on rape and sexual violence in both peacetime and during conflicts.

A questionnaire on criminalization and prosecution of rape was completed by member states, national human rights institutions, UN entities and legal mechanisms and civil society organizations to survey the definition and scope of criminal law provisions, prosecution and data on rape in various countries.

For this, the Special Rapporteur received 207 submissions to her questionnaire on the criminalization and prosecution of rape, covering 105 States across all regions. Responses were received from 46 Governments, 19 national human rights institutions and 142 other entities, comprising civil society organizations, international organizations, academia and others. Through this, gaps in the criminalization and prosecution of rape at the national level and recommendations for its prevention.

Here are some of them:

However, the report noted how these international standards have not been fully incorporated at the national level. States criminalize rape using different definitions (based on force or on lack of consent), protecting different persons (only women or all persons), including or excluding marital rape, covering different types of penetrations, prescribing different aggravating and mitigating circumstances, setting different lengths of sentences, prescribing ex officio or ex parte prosecution of rape, and providing or not providing at all for different statutes of limitation for its prosecution.

Additionally, their implementation is influenced by the surrounding general context of different forms of discrimination and gender-based violence against women, myths and gender-based stereotyping on rape by the media and the criminal justice system.

All these factors contribute to the fact that rape is frequently not reported. If rape is reported, it is seldom prosecuted; if prosecuted, the prosecution is rarely pursued in a gender sensitive manner and often leads to very few convictions, the revictimization of survivors and high attrition rates, resulting in a normalization of rape, a culture of rape or silence on rape, stigmatization of victims and impunity for perpetrators.

Some of the recommendations of the report include: