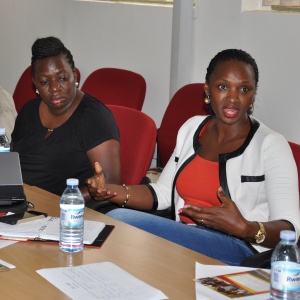 It has held several workshops on gender mainstreaming for senior media managers and reporters from stations in Uganda.Their purpose was to create awareness and to empower media managers and journalists with an understanding of the value of gender mainstreaming, as well as to stimulate dialogue on incorporating gender issues into media output. They also aimed to to come up with an implementation strategy which will include developing a Gender Mainstreaming Guide for Media in Uganda.(Pic right: Irene b. Mugisha Treasurer IAWRT Uganda Chapter and  left is Ms. Sofie Matovu Programs Manager Uganda Broadcasting Corporation (UBC) Television). 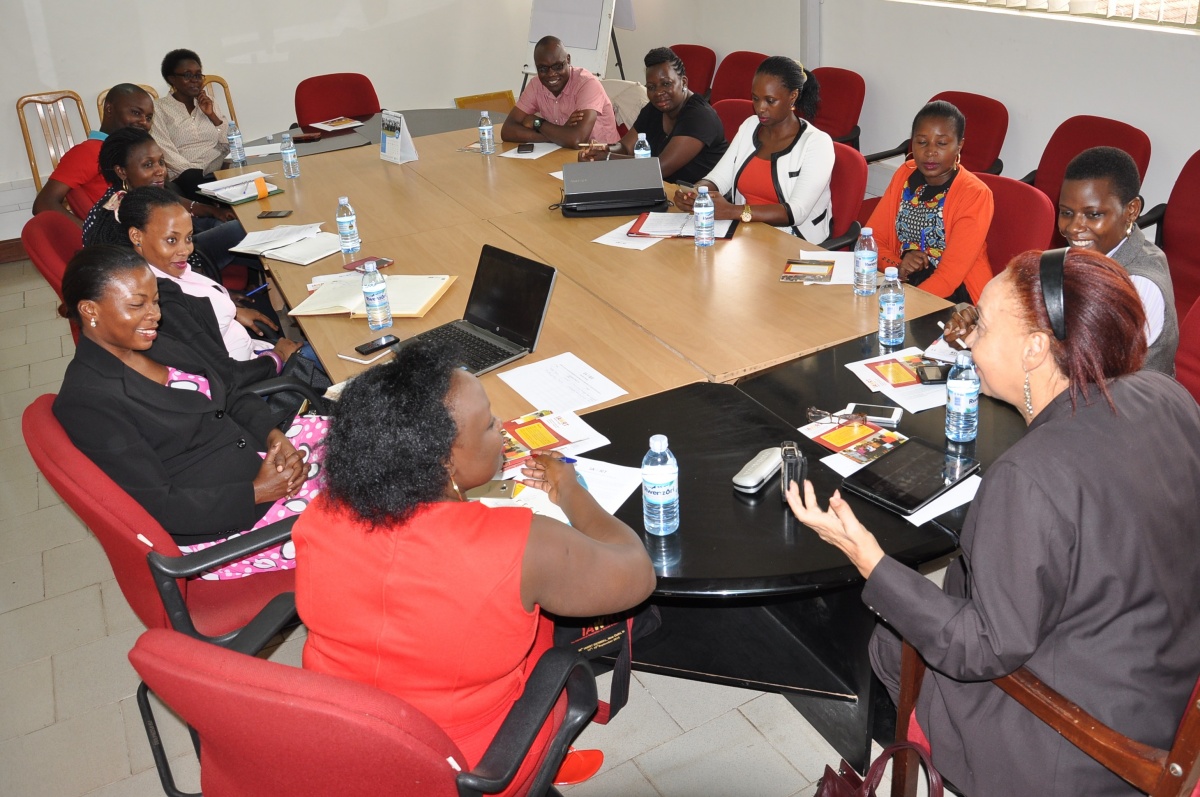 Uganda, like many other African Countries, presents serious concerns in terms of gender imbalances and inequities in employment opportunities, female participation and the portrayal of women and girls.

The Beijing Platform for Action for Equality, Development and Peace places specific obligations on the media, both in the way women participate and in how they are portrayed. It has objectives that require signatory nations and their citizens to ‘increase the participation and access of women to expression and decision-making in and through the media and new technologies of communication’ and that demand that governments and other organisations, businesses and individuals ‘promote a balanced and non-stereotyped portrayal of women in the media’

During the workshops, the participants observed key issues affecting women in the media in Uganda. 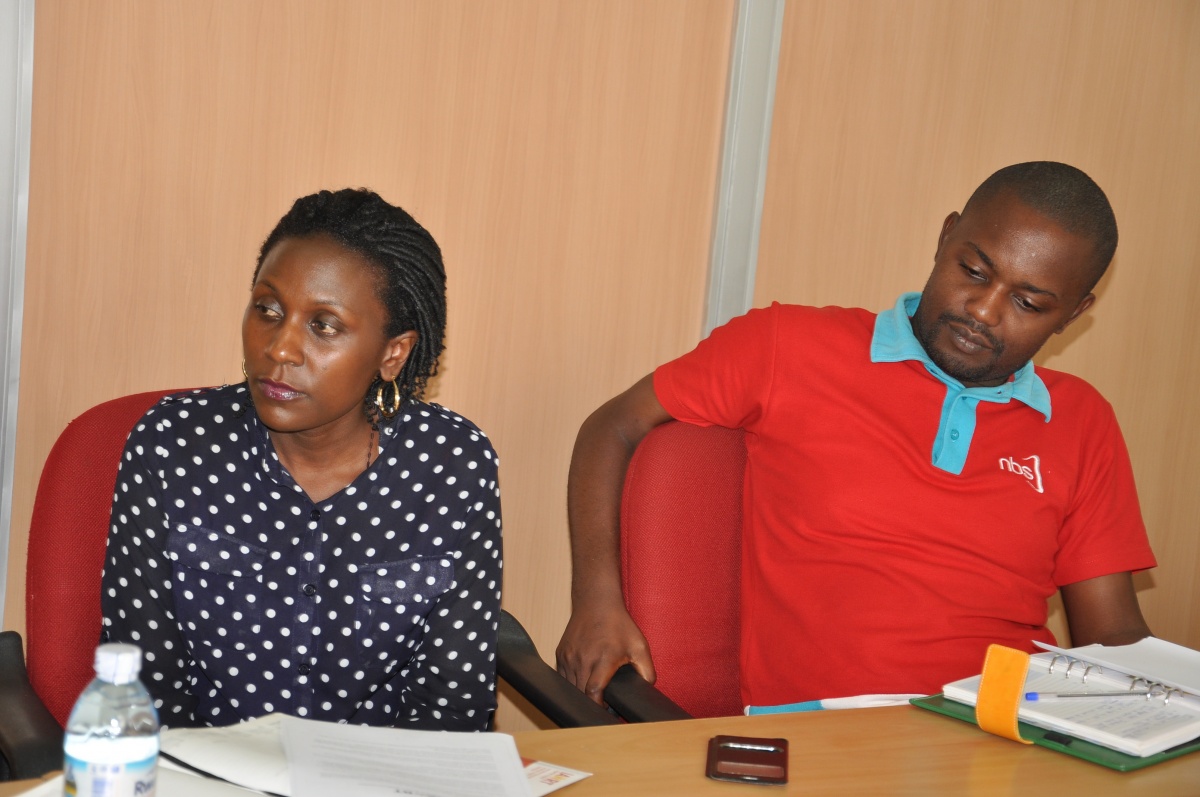 As a strategy, IAWRT Uganda Chapter agreed to

* Develop a Code of Ethics to protect women against discrimination in the media.

* Profile all female journalists around the country

* Undertake a mentorship program for all women in the Media in Uganda to empower them with key journalism skills.