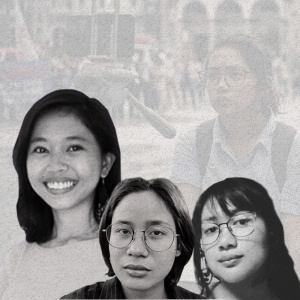 Seven journalists were arrested on May 1, including two IAWRT members.

Another member, Frenchie Mae Cumpio, is arrested and detained in since February 7.

On Labor Day in Iloilo City in central Philippines, a protest caravan was held in Jaro to condemn the killing of activist and relief operations volunteer Jose Reynaldo “Jory” Porquia inside his home on April 30. He was shot nine times.

Jory’s daughter, Krisma Nina Porquia, joined the caravan of more than 30 people. They said that authorities allowed them to briefly hold a program in Jaro, a district of cultural and religious importance in the city, to tell the people of Jory’s brutal killing. But before they left, they were arrested along with the media persons covering the event and a lawyer responding to the scene to provide legal assistance. In total, seven journalists, a lawyer, a priest and 33 others were arrested.

Krisma is the coordinator of Radyo Sugidanon, an IAWRT disaster community radio project. Crimson Labinghisa is a broadcaster of Dampig Katarungan radio program in Iloilo City and IAWRT Philippines board member.

The 42 were released on the evening of May 2, rushing to beat the lockdown curfew at 8pm, after posting a bail of P12,000 each. But they will still continue to face the charges filed against them.

They were charged with the country’s antiquated, Martial law-era law against illegal assembly, plus disobedience to persons in authority and quarantine violations and “stay at home” violations under the total lockdown that the whole Iloilo province was placed until May 15.

IAWRT Philippines decried the illegal arrests and detention of journalists and averred that this incident shows that covering for public information has become a criminal offense.

“The right to freedom of expression has not been suspended under the enhanced community quarantine (ECQ), which is currently in place here in the Philippines as a measure to stop the spread of the dreaded virus. It is also not a crime to seek justice against impunity,” IAWRT Philippines said in a statement.

They also continue to demand the release of Frenchie Mae Cumpio, the coordinator of Radyo Tacloban, a disaster response community radio project of IAWRT. Cumpio was arrested on February 7, 2020 in Tacloban and was falsely charged with illegal possession of firearms.

Human rights groups in the country have also been calling for the release of journalists, political prisoners, the sickly and elderly and others persecuted for their beliefs or organization on the basis of humanitarian reasons during the COVID-19 outbreak. The Philippine jails authority reported a 394% congeston rate in 2019. COVID-19 positive cases have been reported inside the jails.

IAWRT Philippines will hold an online protest rally at 3pm on May 3, World Press Freedom Day, to demand for the release of Cumpio and other journalists detained in the country and the dropping of charges against Porquia, Labinghisa and others who were fulfilling the public’s right to information and exercising press freedom or their right to freedom of expression. 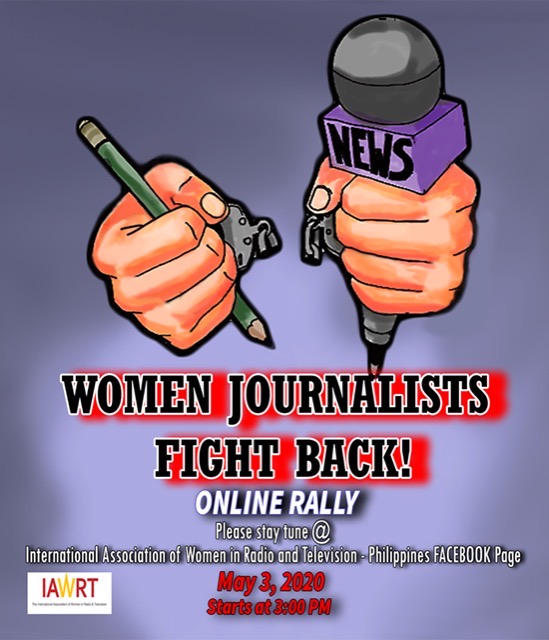