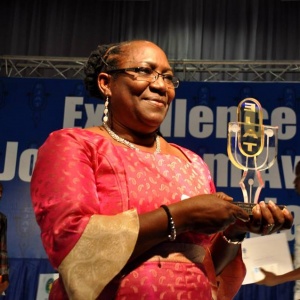 Currently a media trainer/mentor and community media consultant with UNESCO, she is a  founding member of the Tanzania Association of Media Women, Gender and Media Network Southern Africa (GEMSA&GEMSAT), Culture Development East Africa (CDEA) as well a foundation member of IAWRT Tanzania, and its current chapter head, to name but a few of her activites.

The Excellence in Journalism Award Tanzania accolade cited Rose Haji Mwalimu’s contribution to media and humanity in a career which has included working as a translator and editor in the Swahili section of Inter Press Service, and various forms of media production to achieve social change. Those projects have included family welfare by radio in the prevention of HIV/AIDS, voter education by radio in the lead up to Tanzania’s first multiparty elections and rural community radio which has increased access to information.

She also spent almost a decade as National Director of the Media Institute of Southern Africa, where she coordinated media campaigns on freedom of expression and information, media monitoring, broadcasting diversity and ICTs. That work resulted in Information and Broadcasting Policy, Coalition of Right to Information 2007 and the Media Services Bills 2008, which is awaiting enactment.

Tanzania’s press is relatively free, compared to some neighbouring countries, which was partially reflected in the increasing number of nominations for the 2015 industry awards, particularly from electronic media. The Media council of Tanzania said half of the years nominees came from rural areas, and the number of female nominees had increased from 18, in the 2014 awards, to 28 in this round.

Gender inequality, violence against women and empowerment has been a particular focus of Ms Haji Mwalimu’s work with NGO’s and in IAWRT. “The award is dedicated to us all in IAWRT for the hard work, team spirit and good collaboration. I thank you all for making this possible” she said. 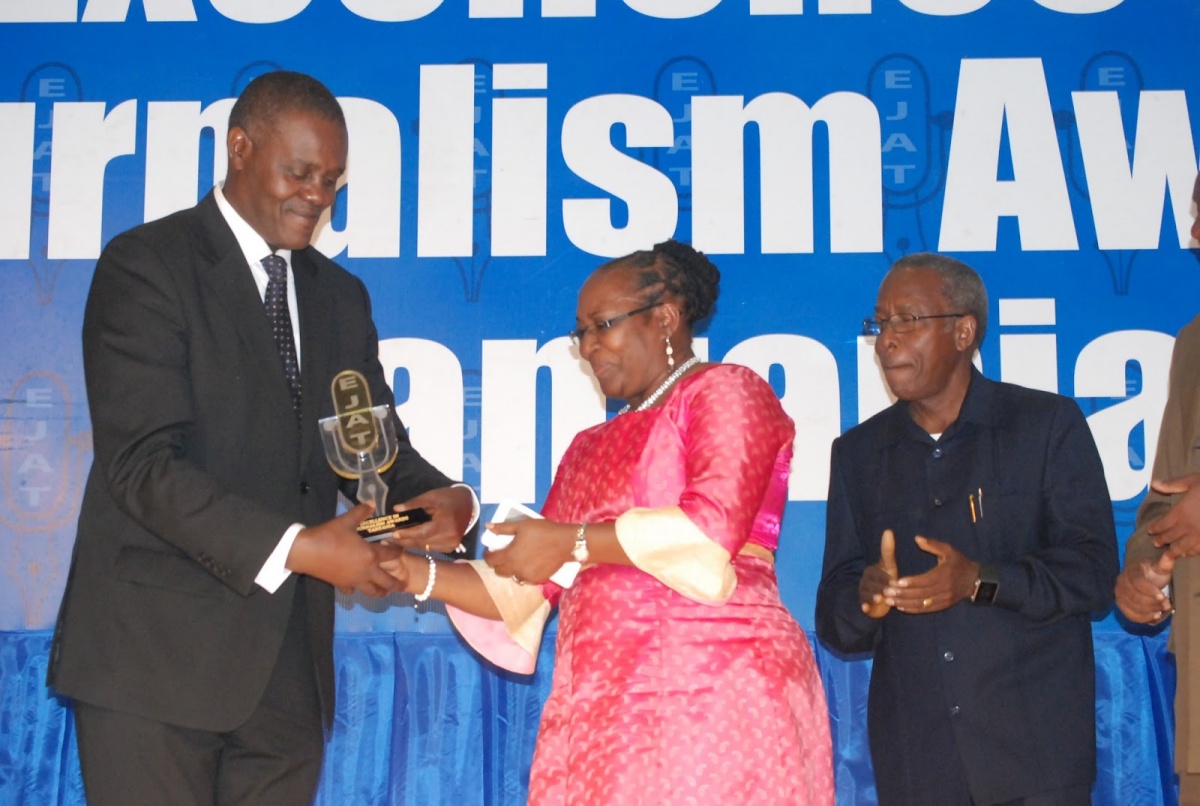 However, there was a cloud over the industry award night in Dar es Salaam. The guest of honour, the Chairperson of the Commission for Human Rights and Good Governance, Mr Tom Nyanduga outlined continuing threats to Tanzania’s media.

In the lead up to the Tanzanian elections of October 2015, Ms Haji Mwalimu told the IAWRT Biennial that journalists were being attacked and abducted in Tanzania. “Police use force against demonstrators. They beat and arrest journalists.” she said in New Delhi.

Mr Nyanduga confirmed the Commission was hearing similar reports of infringements of the right to access information and freedom of expression. While he said the Tanzanian government was exemplary in promoting media as a tool of development, he criticised its decision to ban live coverage of Parliamentary proceedings and replace it with selected excerpts, distributed to media.

“The ongoing debate on restricting live coverage of Parliament activities can be described as denying people’s right to information. People would like to see their representatives through the function of this important organ” he said.

Since President John Magufuli’s government has taken power, there have been more measures to limit media freedom and no moves to undo draconian powers in media law which allow the government to shut down media outlets.

For Rose Haji Mwalimu, it was straight back to work, she was off to Finland, participating in the UNESCO International World Press Freedom Day and an evaluation seminar of Vikes Communications and Development Foundation projects in Tanzania. She says her baby project is ongoing internet training – which she started while in MISA.

Rose describes herself as a respectful, humble and skilled teacher to those who are less gifted than herself, especially youth and women.

IAWRT President Gunilla Ivarsson adds “Rose has the ability to combine long experience and profound knowledge with warmth and humour, this makes her a lovely person to work with. She is so worthy of this award.”