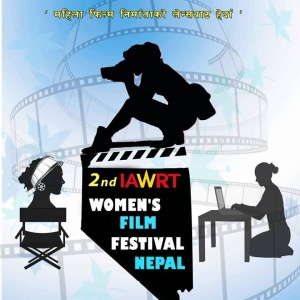 The second women’s film festival in December 2018 was a celebration of women’s struggles and achievements.

It was held in Sanskritik Sansthan (National Cultural Centre), Jamal, and screened both fiction and non-fiction films with interactions with the producers/directors. The festival theme was ‘Story through Women’s Lenses’ and it was designed to encourage women filmmakers, especially young women, to make more quality films highlighting women’s issues.

It also aimed to provide them the best opportunity to connect with and share knowledge with each other and to build relationships with women filmmakers internationally. 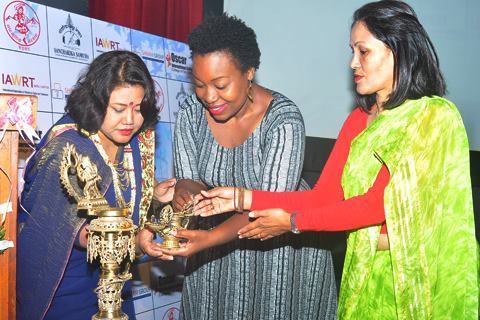 “The main objective of IAWRT Women’s film festival – Nepal is to encourage women film makers, promote women filmmakers from all around the world, appreciate their work and grow the culture of organisation of international film festivals in Nepal”, she said.

“We are also in solidarity with the 16 days of activism, against gender-based violence.” 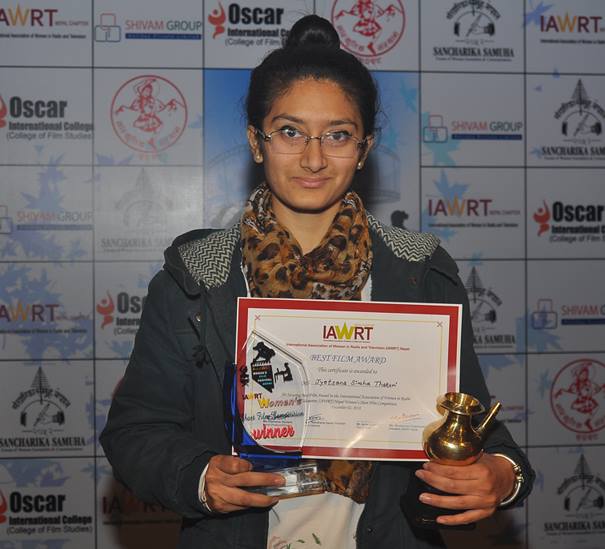 The IAWRT Nepal Short Film competition 2018 for women directors was this year’s major highlight.  Three of the best films were showcased. Jyotshna Singh Thakuri’s Against All Odds was presented the trophy and cash first prize by IAWRT President Violet Gonda. The other two top short films were Bidhya Chapagain’s Story of School and Nisha Manadhar’s We can; they were honoured with certificate, shawl and a token of Appreciation.

12 movies and documentaries from 10 countries were screened. These stories revolved around women’s issues, identity and the struggle to be independent in a male dominated society. Geeta Lal Shahi, a filmaker from India was present to interact with the audience and students from various colleges after screening her award-winning movie, “I Remember”, along with her movie Rajawati.

Rewati Gurung, a Nepali filmmaker also interacted with audiences who showed a  keen interest in watching the films and raising queries with the filmmakers about how subjects were picked and the factors which influenced them