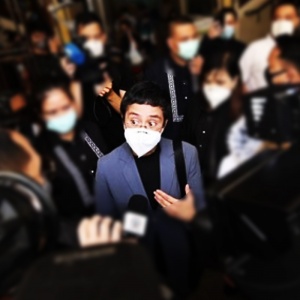 The International Association of Women in Radio and Television (IAWRT), its more than 400 members and 14 country chapters, stands with Maria Ressa, Reynaldo santos, Jr., Rappler and Filipino journalists who in a few weeks’ time saw the shutdown of ABS-CBN, the railroading of the “terror bill” and a cyber libel conviction.

The journalism world was watching and awaiting the verdict to be handed down on the case against Rappler Executive Editor Maria Ressa and former researcher-writer Reynaldo Santos, Jr. on the morning of June 15. The cyber libel guilty verdict carried the penalties of six months to six years of imprisonment, P200,000 in moral damages and P200,000 in exemplary damages. They will appeal the decision and were allowed to post bail. IAWRT is horrified and hurt by this latest blow to press freedom.

Today’s verdict sets a dangerous precedent not only for journalists but also for every Filipino online. The one-year prescription period of libel is extended to 12 years in cyber libel. The “theory of continuous publication” makes it possible for all online articles or posts to be evaluated for violations of the country’s Cybercrime Prevention Act of 2012 (also known as the cybercrime law). Journalists and the Filipino people fought the passage of the law that included stiffer criminal penalties for cyber libel than the current libel on print and included also posts online on Facebook, Twitter or other platforms.

Journalists and media workers would be hard put to practice responsible journalism and to serve the public’s right to information amid impunity and tyranny. Journalists, media workers and the public must all heed the call to defend press freedom anywhere we are in the world.