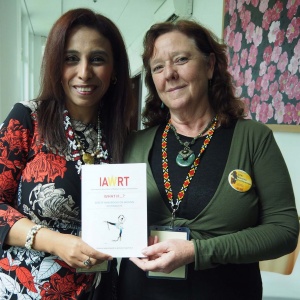 What If? … you are targeted by security forces, shot at, kidnapped, or have to continue live reporting while a person is killed right beside you? It is a possibility for any woman journalist who reports in conflict zones, whether it is an official war or an internal conflict which is not recognised as a war. The IAWRT has now launched a new handbook which helps female reporters plan to avoid such eventualities.

It was launched at the 37th IAWRT Biennial conference held in Quezon City, metro Manila in the Philippines, by the IAWRT President Gunilla Ivarsson Ramon Tuazon from UNESCO Philippines and the author, Abeer Saady, (pictured with the book editor, Nonee Walsh). The Norwegian Journalists Union – Norsk Journalistlag and UNESCO supported the production of this book, which is available for download from the publications section of this website.

Abeer Saady quoted from the book to explain its purpose.  “If you have your grab bag of preparation techniques – risk assessment, profile management, situational and digital awareness and a safety plan along with your physical grab bag – your ability to survive dangerous situations is enhanced.” 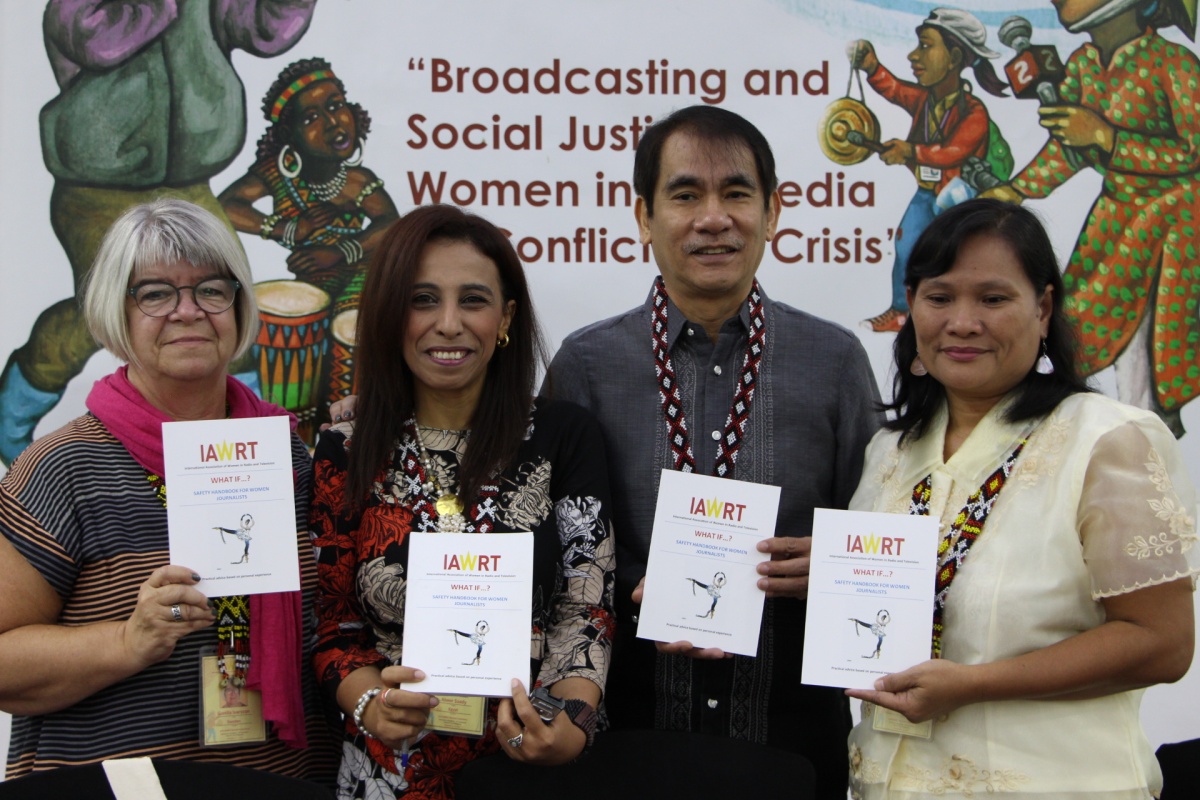 “However, the range of situations faced by women journalists around the globe is vast. As well as those whose careers do not survive gender based office harassment, I have met citizen journalists who evaded militias in a war torn country in order to get training to pass on to colleagues, top flight well known international journalists who died in situations which they thought they could manage, survivors of kidnap and imprisonment, women who reported on major disasters without knowing if their own families had survived, under-resourced community radio reporters who put themselves at risk by exposing military atrocities or corruption by giving a voice to the people who are threatened, and female journalists who continue work after surviving rapes, miscarriages and the trauma of witnessing deaths.

I have been very impressed and humbled by every one of these professional women from so many countries, who do a job that matters. The IAWRT is proud to be able to put their collective experiences together in this handbook designed to improve the safety of women who continue to cover important stories.

Often the reality in our business is that it is fast work at short notice, so we hope this fills a gap with a quick and easy read on the way to your next assignment.

What if … Safety Handbook for  Women Journalists is available for download.

A must-read for women journalists