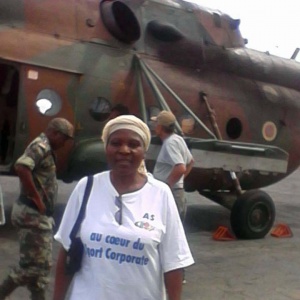 Cameroon sits up north between two countries that have and continue to suffer terror attacks in Central and Western Africa – Nigeria and the Central African Republic. In Nigeria, the Boko Haram terrorist group has carried out many terrible atrocities since it started an insurgency in 2009. The group, recently named the world’s deadliest terrorist organisation, has killed about a thousand Cameroonians (Aljazeera quoting government and military sources) and chased away hundreds, especially those living in border towns.  In January and February 2016, suicide bombers attacked markets in north Cameroon villages and towns, including Bodo, Mora the capital, Maroua, and most recently, Meme. The Cameroon military try to cope with the threat, awaiting final agreement on co-operative action by an 8,700-strong regional force involving Nigeria, Chad, Niger, Benin and Cameroon tasked with wiping out Boko Haram.

The dangers in those areas lead to the suspension of Female Genital Mutilation (FGM) project initiated by IAWRT Cameroon Chapter, which worked with communities to educate the custodians of traditional female circumcision about the dangers and health consequences of the practice. However reporters must still venture into the northern regions to report about the conflict and its effect on the lives of Cameroonians.

Pochi Tamba Nsoh, IAWRT international secretary and member from Cameroon had a chat with her fellow compatriot Aisha Mamah Shetu who works for the state broadcaster, Cameroon Radio Television – CRTV, in the region most affected by the terror group – the Far North Region.

1. How would you describe your daily life if a journalist in the capital, Maroua?

2. Does the possibility of being caught in a suicide attack worry you as you go reporting?

The possibility of being caught up in an attack in the field is always present, because we are at the war front and the enemy is invisible. But it doesn’t quench the desire to see and feel what is going on and report to Cameroonians anxious to know.

3 Maroua is a Muslim part of Cameroon. How easy is it for you to work there as a woman? 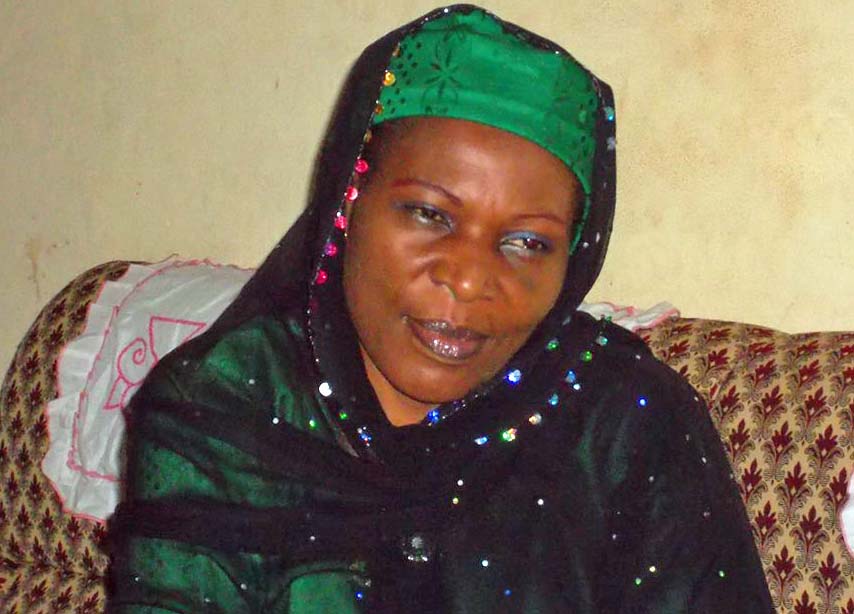 Maroua is both for Muslims and Christians, but the people are closely tied to their cultural values in a way that it is difficult to distinguish a Muslim from a Christian. Their dressing, food, etc. it is a tradition that has a very high esteem for a woman. A woman is mother, sister, wife – that goes with lots of respect. She is respected by all, consulted for major decisions in the family and she plays a central role in most organisation, but in a discreet manner. She will not mix up herself in public with men but her role is primordial.

We are not actually afraid because we work under safe conditions, in the field we are mostly surrounded by different security units like the Rapid Intervention Battalion (BIR) gendarmes (police) and other military. But we always have in mind that another attack can occur anywhere anytime.

The terrorist group is the same, using different means to attain its goal, to attack to kill as many people as possible. Some of its tactics that keep changing are, suicide bombing, kidnapping, slaughter of people and cattle, burning down of villages, gunning etc

4. What do you and your colleagues fear most?

Many considered my transfer to this region, the Far North, as punishment, but to me it was a challenge and I love challenges for they give an opportunity to prove who you are and what you are capable of doing. It has been a wonderful experience for a woman like myself transferred to Maroua at the risk of terrorist attacks. As advice I will say working in a conflict zone is the same as reporting elsewhere, there is no “zero risk”, in life, just strictly follow security instructions to discover what pleasure it gives working in a conflict zone as a journalist. [email protected]

For a summary of the discussion on conflict reporting and gender issues at the IAWRT 36th Biennial  involving Aunohita Mojumdar, who reported from Afghanistan for more than a decade, Yasmine Ryan who specialises in covering Tunisia, Liberia and Algeria chaired by Bibiana Peine, see the IAWRT Biennial report

It would seem to be a reasonable assumption that reporting from conflict and war is the most dangerous form of journalism, but global statistics on almost 2, 300 media worker deaths in the last 15 years, show that this is not so. 25 years of contribution towards safer journalism, the 25th report on journalists and media staff killed since 1990 released on 3 February 2016, by the International Federation of Journalists (IFJ) reveals that more than 95 percent of media workers died in their own countries and in peace time. 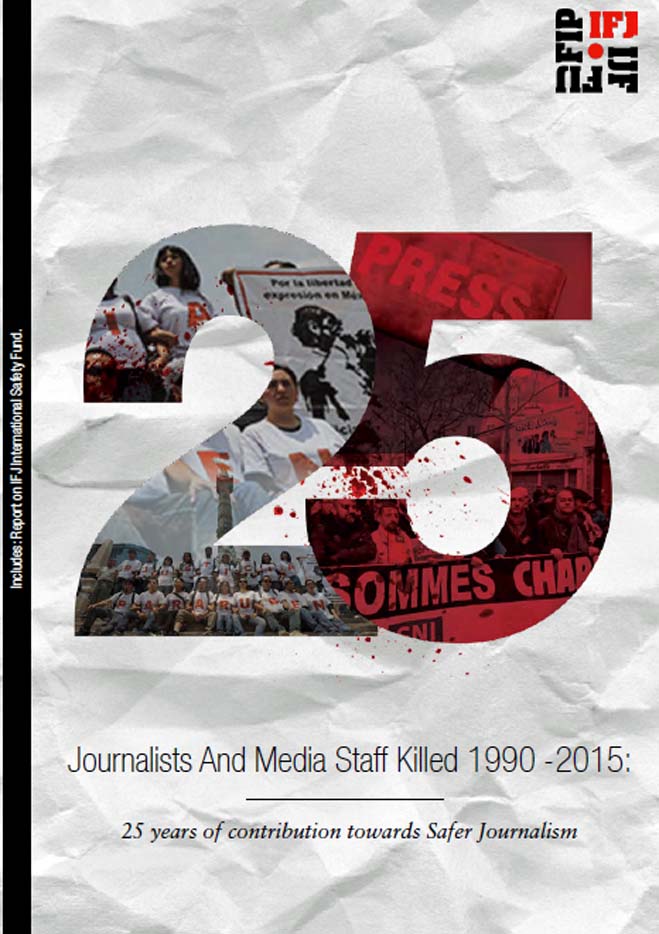 “Many of the murdered are local beat reporters whose names do not resonate in the media. These are different from by-lined war correspondents, who knowingly risk their lives, sometimes mistaken for combatants, get fatally caught in the crossfire, or walk on a land mine” said Jim Broumelha, President of the IFJ, at the conference, News organizations standing up for the safety of media professionals.

This observation is chillingly illustrated by the female death toll for 2015. Of the the six women who were murdered – all were local journalists. In the second most dangerous country for journalists to operate in, the Philippines, investigative journalist Melinda Magsino-Lubis was gunned down; in Somalia, Hindiyo Haji Mohamed, a journalist with the national television station SNTV, was killed by a car bomb; In South Sudan, Dalia Marko and Randa George were among five journalists and six others who were killed in an ambush near the Darfur region; in France, Charlie Hebdo contributor Elsa Cayat was among those murdered by gunmen who attacked their office, and in the US, Alison Parker was killed as she reported live on WDBJ7 TV along with her cameraman. And the lack of a strong civil sociaty allows the continuation of this sort of impunity. Jom Boumelha  “no less than 75 percent were murdered outright, such as killed by a gunman escaping on the back of a motorcycle, shot or stabbed to death near their home or office, or found dead after having been abducted and tortured – murder has become the easiest, perhaps cheapest and most effective way of silencing troublesome journalists…. The killers of the vast majority of journalists are never brought to justice.”

Two issues arise from such global initiatives to end impunity against media, one is whether the use of death tolls obscures the greater threat to local journalists. Tolls are often used in road safety messages but the fact is that road accident injury rates are usually seven – ten times greater in number and cost to society, and the same is probably true for the media toll, deaths are not an accurate measure of the severity or consequences of violence against the media. As IAWRT Board member Abeer Saady says “it is very hard for a local journalist, more incidents are local and a lot are being left unreported. The harassment is very deliberate……. How can we protect the local journalists who work on the ground, even protecting them from the big [international] news agencies who employ them? 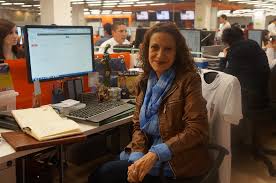 The second issue is that attacks on women, especially sexual harassment, have always been under reported. According to Mindy Ran the co-chair of the IFJ gender council, the decision to keep data on the women journalists killed, is: “in recognition of the many years of under-reporting of deaths and violence against women, and women journalists.” Zuliana Lainez, IFJ executive committee member, says “The overall figures for attacks on journalists can be misleading about the security risks facing women journalists.” It is a rare case when perpetrators are brought to justice, such as this month’s sentencing over the kidnap and torture of Colombian journalist Jineth Bedoya in Lima in 2000. Her awards include the 2001 Courage in Journalism Award of the International Women’s Media Foundation, and despite being abducted again in 2003, she continues to work as a journalist. (Jineth Bedoya pic: by Esther Vargas)

Again we return to the threats to local media women, Zuliana Lainez says “Depending on the culture and position of women journalists, the type of the threat to them may be different … Local women journalists also face a particular type of violence aimed at violating their private or family life. In some societies, all it takes to disqualify a newspaper’s report is to attack the journalist’s reputation.” The social media debate in India over sedition accusations against Delhi university students abound with sexualised accusations against women supporters of the students. The social media attacks on Indian TV journalist and columnist Barkha Dutt, as she describes it as an ‘Anti-National Sickular Presstitute’ are just one example of such gender specific personalised attacks.

An International Women’s Media Foundation global survey had almost two-thirds of 1,000 media women respondents saying they had experienced some form of intimidation, threats or abuse in relation to their work, ranging in severity from name-calling to death threats. It also found that most incidents of harassment and violence were never reported by women journalists because they fear being considered too vulnerable or too weak to do investigative work in the field. Now as media is increasingly availed from online sources, the threats to women are coming more out into the open. It is hardly reassuring that data collected by Demos, shows that female journalists experience roughly three times as many abusive comments as their male counterparts on Twitter.

In the 2015 UNESCO report Building Digital Safety for Journalists, online abuse of female journalists was pointed out as one of the main challenges in building digital safety. The Organization for Security and Co‑operation in Europe’s Representative on Freedom of the Media Dunja Mijatović convened an expert meeting in 2015 because of the danger of female voices online being silenced, “Female journalists and bloggers throughout the globe are being inundated with threats of murder, rape, physical violence and graphic imagery via email, commenting sections and across all social media platforms” she said.

New Challenges to Freedom of Expression: Countering Online Abuse of Female Journalists has a number of specific recommendations on how to best ensure that existing legal frameworks be used to support female journalists and prevent online harassment. Prominent amongst the recommendations is the need for employers to proactively support journalists being harassed online. Dunja Mijatović says she called on the OSCE participating States to declare, unequivocally, that any effort to silence women online must be regarded as a direct attack on our fundamental freedoms, while refraining from drafting new laws to restrict abusive speech on the internet, as they may have a chilling effect on freedom of expression. Along with a copy of those recommendations, the publication contains a number of essays from prominent journalists, academics and organizations recounting their experiences dealing with online threats against female journalists.

Whether impunity is in abusing or threatening media, especially women, online or in actual violence, as the IFJ President Jim Boumelha says impunity, “occurs when there is the absence of political will to back the investigations.“  He warns that while there are numerous instruments adopted by the UN, most are non-binding; “the major hindrance for the protection of journalists derives not from the scope of the rights but from implementation deficits”. And today’s sad reality is that not many journalists can rely on international institutions to defend their rights when they disappear or are jailed or murdered.”

In the meantime, there are tens of thousands of male and female journalists around the world who utilise the democratic space which is available to tell the stories which empower and matter.