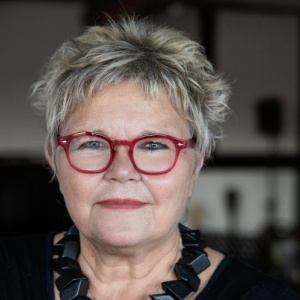 IAWRT President Violet Gonda, has congratulated Birgitte, who is a community media practitioner, analyst, advocate and a co-founder of Denmark’s first women’s radio in the 1980’s.

Birgitte managed the IAWRT pilot project in Kenya on Rural Women and Media, and was co-opted to the IAWRT board in early 2019 to replace a member who was unable to continue in the voluntary position.

In a statement for CMFE Birgitte said “I hope for CMFE to continue to strengthen the space for and understanding of the importance of community media – in all their forms and shapes – which is what CMFE is all about.”

Birgitte is the second IAWRT board member who has a strong focus on community radio for giving voice to, and empowering communities. Archana Kapoor from India established Radio Mewat and has also recently published on the value of community radio for education, in the Indian Journal of Educational Technology.