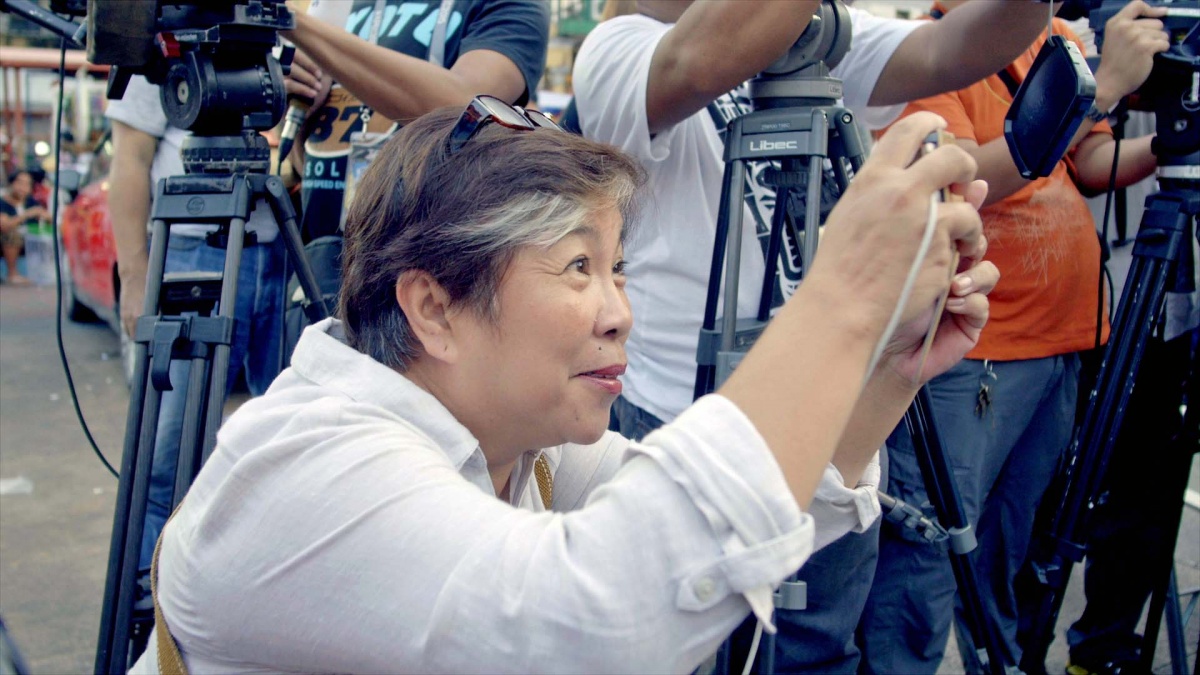 Filipino journalist Inday Espina-Varona  has received a Reporters without Borders (RSF) Press Freedom Award for Independence, at a ceremony in London.

The citation is one of the most prestigious global awards for journalists for her resistance to “financial, political, economic or religious pressures or because of the values and rules that enable them to resist” in reporting on issues that are sensitive in the Philippines.

The RSF citation says  Over the years, she has reported extensively on issues that are sensitive in the Philippines, such as child prostitution, violence against women, LGBT issues and the Moro Islamic Liberation Front on the island of Mindanao.”

In her acceptance speech, Espina-Varona said she shared the honor with her “embattled Philippine colleagues: the 185 killed since the 1986 restoration of a fragile, perpetually threatened democracy, 12 of them in the first two years of President Rodrigo Duterte’s rule.”

“This is also for colleagues who face death threats, vilification campaigns, and revocation of access to coverage, for doing what journalists are supposed to do — questioning official acts and claims, especially on issues of human rights and corruption,” she added.

Espina-Varona is veteran of the Marcos era and is now very active on social networks, as a contributing editor at the Philippine broadcast network ABS-CBN, where she formerly ran its citizen journalism website Bayan Mo i-Patrol Mo (BMPM). She was featured in the IAWRT documentary Velvet Revolution, where she told us, “Journalism is truth-telling. To pretend to be neutral and blind to what is happening around you. I think that is unnatural.” She was also  panelist on ‘Truth-Telling in the Time of Fake News, and Post Truths’  at the 2015 IAWRT Biennial.

Espina-Varona’s facebook account was recently sutdown by online troll armies which managed to trigger Facebook’s community standards sanctions. This story is on the iawrt safety page in Filipino media women attacked but unbowed which outlines the latest news on media women in the Philipines.

Another Asian woman jouirnalist, India’s Swati Chaturvedi was awarded the prize for courage, “in the practice, defence or promotion of journalism in a hostile environment and despite threats to their freedom or safety.”

“A freelance reporter for print and broadcast media, Swati Chaturvedi has been the target of vicious online harassment campaigns, like many other outspoken journalists in India. She responded by using journalistic weapons, investigating the “IT cell” within the Bharatiya Janata Party, the Hindu nationalist party led by Prime Minister Narendra Modi, which is notorious for keeping an army of angry trolls. The result was a book entitled I am a Troll: Inside the Secret World of the BJP’s Digital Army.

In retaliation for her reporting, Swati Chaturvedi is now even more exposed to calls for revenge by social media trolls.” says the RSF.

The Prize for impact, went to Matthew Caruana Galizia, the Pulitzer Prize-winning Maltese journalist and activist whose mother, Daphne Caruana Galizia, was assassinated in 2017 following her investigations into corruption. A special award for the UK media L’Esprit de RSF went to Guardian and The Observer reporter, Carole Cadwalladr.

staff with Raymund B. Villanueva