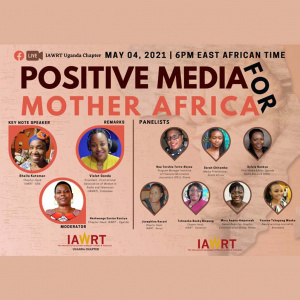 IAWRT Uganda and IAWRT International will hold a media engagement under the theme Positive Media for Mother Africa.

This is a maiden step in creating a network of Africa women champions for intentional and deliberate salvation of Africa from negative publicity.

IAWRT President Violet Gonda from UK/Zimbabwe will share a message while IAWRT USA chapter head Sheila Dallas-Katzman will give the keynote speech. 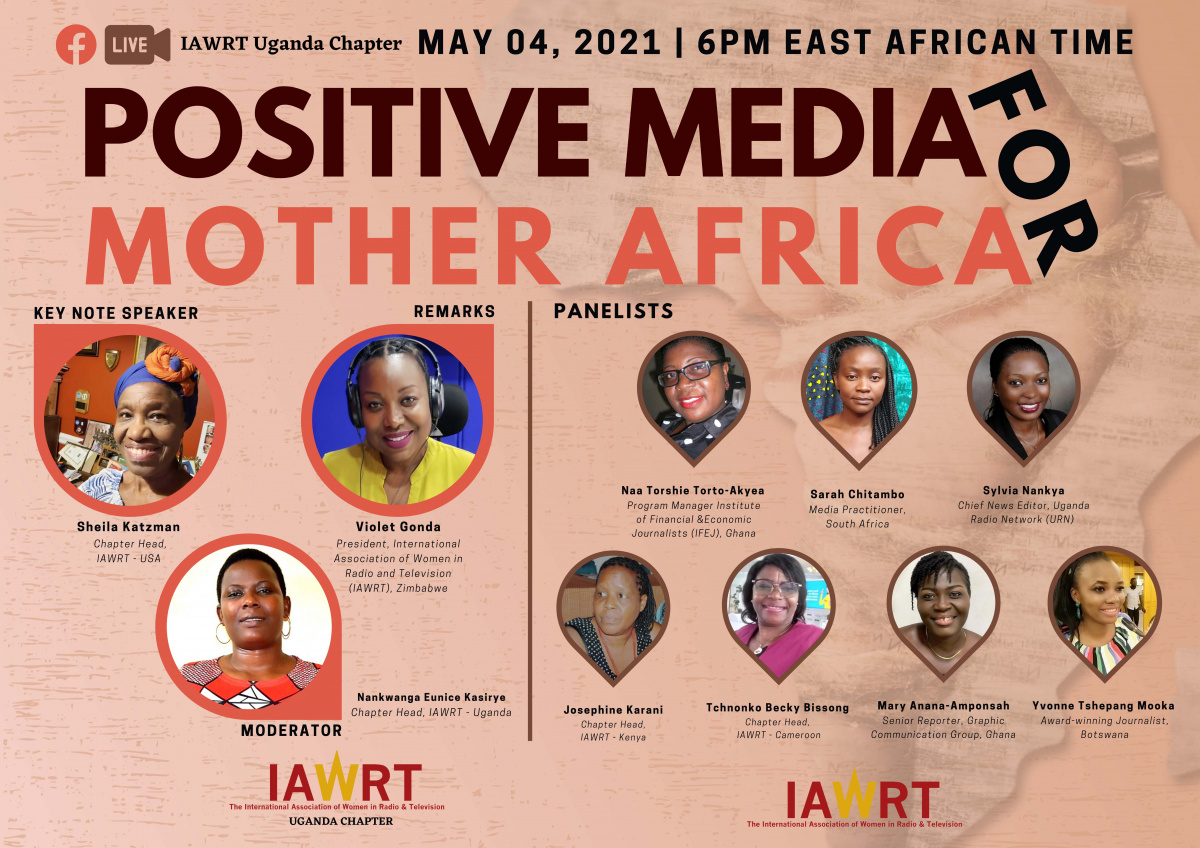 The gathering is also part of the observance of World Press Freedom Day 2021.

Africa and her people have always been looked down upon by western nations for centuries with a perception of backwardness, tribalism and incapability to develop by her own with her people. General Negative media publicity linked to poverty, inhumane savage culture, diseased and conclusively a Dark-Continent define mother Africa. The paradigm setting is largely created by the media narratives since the media is the giant in setting opinions, point of information reference and forms perceptions. But how much has Africa and her people have contributed to the negative narratives and what has Africa done to counter the foreign negative portrayal.

Branson and Stafford (1999) clearly put it that, the stereotypes shape the media narratives about Africa, it is important to remember that stereotypes play an important role in making sense of the world which are not necessarily lies. We all use characterizations of people and places and belong to groups which can be stereotyped. However, it is the multitude of negativity, which is the contentious issue here.

It is upon this background that International Association of Women in Radio and Television (IAWRT) Uganda Chapter is challenging Africa and her people to become deliberate and intentional at focusing on the strength and positive strides to rebuild the motherland pride within and without.