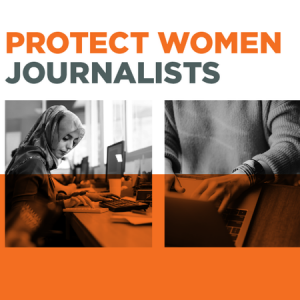 In Australia, there are calls for a united industry approach by media organisations to combat the prevalence of online harassment and abuse of women media workers.

Two organisations, a journalists union and a women’s equity grouping have produced a report addressing online abuse of women journalists, which identifies the responsibility of media organisations for the online safety of in-house and freelance journalists.

The union is the the Media, Entertainment and Arts Alliance (MEAA) which has partnered with Gender Equity Victoria (GEN VIC) a peak organisation for equity, women’s health and the prevention of violence against women, based in the south eastern state of Victoria.

“While men and women are both trolled online, it is women who often receive abuse because of their gender, that takes the form of sexist and derogatory comments, through to serious accusations of physical harm such as death and rape threats.”  Kit McMahon, Chair of GEN VIC.

The Don’t Read the Comments: Enhancing Online Safety for Women Working in the Media report recommends that media organisations should begin treating gender-based abuse against women journalists on social media and websites as an issue of health and safety and take more responsibility for ensuring that women journalists are supported in the aftermath. .

A vast majority of journalists had experienced online harassment, trolling and stalking during the course of their work, but only 16% said they were aware of their workplace having existing policies to address online abuse.

The two groups called for for a united industry approach by media organisations to combat the prevalence of online harassment and abuse of women media workers noting that freelance journalists, who do not have the support structures provided by employers to their staff, are particularly vulnerable.

The report recommendations are:

Adam Portelli, MEAA’s Victoria & Tasmania Regional Director, says women journalists should not feel that they cannot safely participate in online platforms, or self-censor to avoid abuse. “In the modern publishing age, journalists are expected to have a presence on multiple digital platforms, and it is unacceptable that they feel unsafe because of bullies, trolls and stalkers,”

“For better or worse, social media and other online platforms are part of the modern journalist’s workplace, and online abuse and harassment must be treated as a workplace health and safety issue.”

Adapted from  MEAA and Genvic