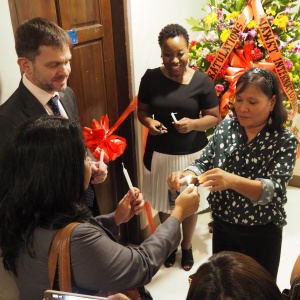 The launch in Quezon city in the Philippineswas part of a forum entitled Women Journalists Fight Back.

The event opening included comments from the Hon Quentin Biehler, Political Counsellor for the French Embassy in the Philippines who affirmed his country’s support for media freedom. The main forum presentation was about online harassment of women around the word.

The organisation has been operating a ‘virtual secretariat’ for the past five years, it has achieved a lot, but in order to increase efficiency and improve communications, it will now be based in the Philippines where one of our more active chapters is located.

The forum included a session on online harassment of women journalists, with the panellists, Inday Espina-Varona, columnist and former chair of National Union of Journalists of the Philippines, Ronalyn Olea, a journalist from Bulatlat.com, Philippines  Nonee Walsh, IAWRT web journalist, based in Australia. and Violet Gonda, President of IAWRT

Each of them shared stories about the varying forms of online harassment or violence against media women which prompted a lively discussion on strategies to combat this increasing problem. 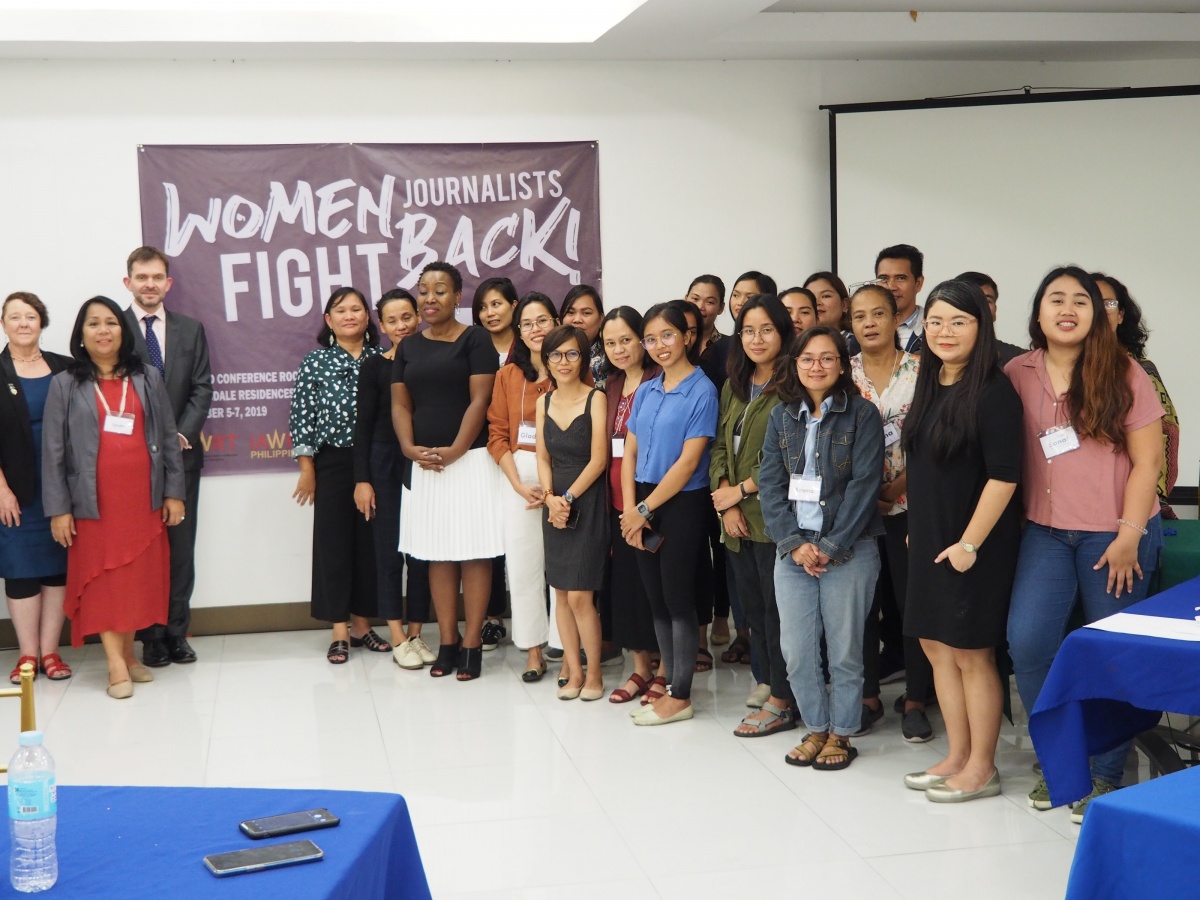 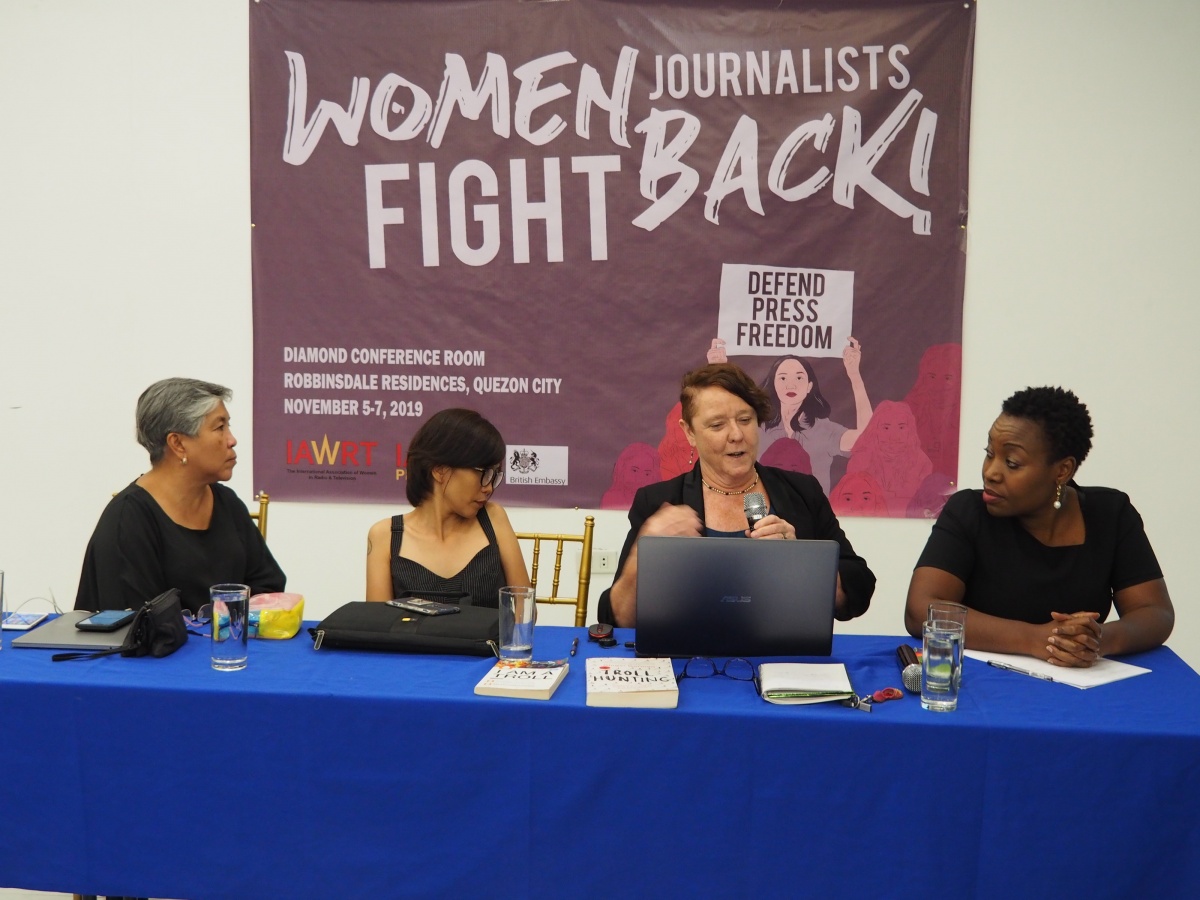 The session was chaired by Lynda Garcia the newly elected President of the IAWRT Philippines chapter and a teacher and researcher in journalism over the past four decades.

She facilitated a highly engaged discussion on safety issues and potential improvements to journalism education.

The office was blessed by Fr Oliver Castor CSSSr and the ribbon cut with the Deputy Head of mission from the British Embassy in Manila, Alastair Totty. He told the launch dinner that British government valued he work of IAWRT and the support it is able to give to women working in important but difficult media jobs.

The successful forum and opening event were very much thanks to the hard work of Jola, Lady Ann Salem International communications officer, Sanaf Marcelo, the finance officer, Janess Ellao the membership officer and all the great team of committed volunteers.