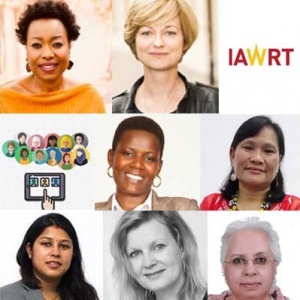 A new IAWRT International Board was announced after the first-ever IAWRT online voting.

Violet Gonda, veteran journalist from Zimbabwe based in UK, is elected president in her second term. She has been named one of 7 Reagan-Fascell Democracy Fellows 2020-2021 by the US based National Endowment for Democracy this October.

Greta Gober, media researcher from Poland based in Sweden, served a term as board member at large and is the newly-elected vice president. She is a postdoctoral fellow at the department of Media Studies, Stockholm University and the head of IAWRT’s Gender Mainstreaming Committee.

Three Board Members were also elected – Mandira Raut from Nepal, Reena Mohan from India and Bibiana Piene from Norway.

Online voting took place from October 27 11pm GMT to October 31 11pm GMT. There were 206 who submitted their ballots out of 344 eligible voters.