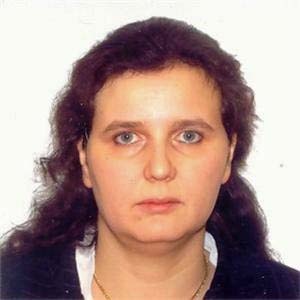 Diana Iulia Nastasia from the IAWRT-USA chapter has joined the international board of IAWRT.

She fills the vacant position created by the death of our colleague and friend, Yasmine Ryan.

“Yasmine Ryan would have been an exceptional board member, and the professional world of journalism has suffered a great loss due to her untimely passing,”Diana says.

Diana is an international lecturer and scholar in the areas of gender, culture, and the media who says “ I will make every effort to honor the commitment to the IAWRT. I also think that, together with other IAWRT board members, I can help put research on gender and the media back strongly on the IAWRT agenda, and I can also help with identifying and pursuing grants.”

Diana’s research focuses on voices and portrayals of marginalized populations including women, children, and immigrants. In 2014-2015, Diana served as a Project Co-coordinator, together with Greta Gober, on IAWRT’s Media Monitoring Research Project which resulted in a research report Gender Equity and Social Justice in Public Media as well as policy activity through IAWRT country chapters.

She began her career in Romania, teaching communications and media studies at several universities. Arriving in the USA as a Fulbright Visiting Researcher, she pursued a Ph.D. while continuing to teach communications and media studies.  Now a Faculty Fellow at the Southern Illinois University Edwardsville (SIUE) she is also a Project Management Associate for the Building Illinois’ Bioeconomy Consortium. This is a partnership between SIUE and regional community colleges, aimed at connecting underprivileged populations (women, ethnic minorities, unemployed, and underemployed) with educational opportunities leading to living wage careers.

IAWRT President Violet Gonda says “We look forward to working with Diana, who is a scholar who was a co-coordinator on the IAWRT GMP and is a grant-writer who will thus will be an asset for IAWRT’s fundraising initiatives.