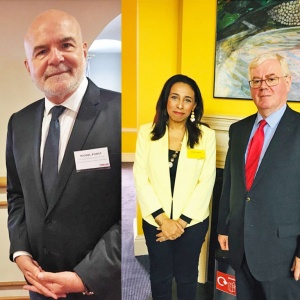 The Frontline Defenders Dublin Platform 2019 held in Ireland this month was a venue for IAWRT to connect with international Human Rights figures.

“Unless impunity against defenders including women and women journalists is seriously addressed and ended, the cycle of violence and other human right violations against them will continue, endangering the realisation of human rights for all”.  Forst to Abeer Saady in their meeting.

Saady, who is also the IAWRT International Relations committee chair, discussed with Forst the threats women journalists receive around the world with attacks ranging from online harassment to assassinations, such as that of Maltese journalist, Daphne Galizia and Indian journalist Gauri Lankesh.

The common factor is the culture of impunity. and Forst said governments have a role to play. “Combating impunity is indispensable for the creation of safe environments for the defence of human rights, including journalists who reveal violations and corruption”

“States must not only develop a policy of zero tolerance towards attacks on human rights defenders but must also create the conditions for establishing a safe environment that is conducive to human rights defence efforts.“

Saady discussed the challenges IAWRT members are facing in countries with oppressive governments or where women journalists face risks in the practice of their profession, such as Afghanistan, Iraq, Philippines and Zimbabwe, as well as similar situations in Middle East, Iraq, Tunisia, Sudan and Palestine.

Gilmore said the European Union has to firm up its commitment to maintaining wonen’s rights,

“I think that rights that have been hard won over the course of the last century are now under pressure again. We are seeing a push back in relation to the rights of women and that is why I think they are particular issues that we need to prioritize in the EU.” 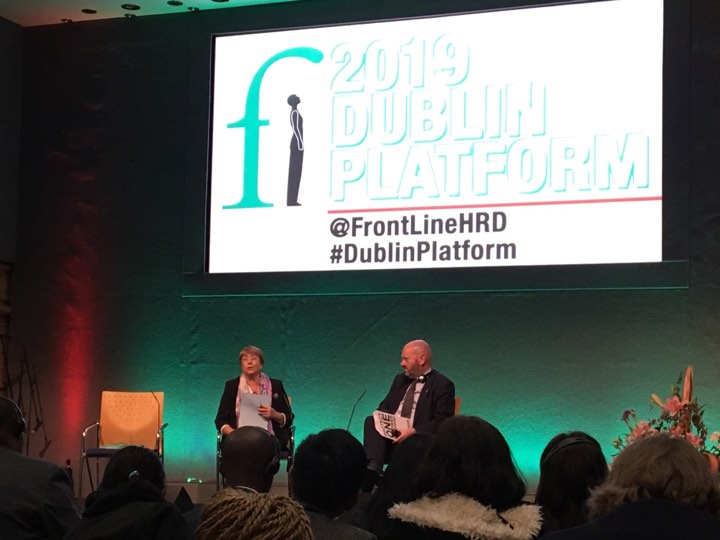 Front Line Defenders – the international foundation for the protection of human rights defenders held the 2019 Dublin Platform for Human Rights Defenders at Risk from October 1-4.

Saady attended as a representative of IAWRT and spoke about challenges and pressing rights situations faced by IAWRT members and women journalists in general.