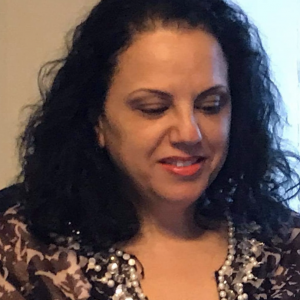 ′′The right to freedom to practice media, express opinion and protection of journalists′′

IAWRT member from Palestine Benaz Batrawi, a media professor, is among the signatories of the statement issued by academics and media professors on July 3, 2021.

“It was a call to defend the freedom of speech and explanation how we can do that as media academics,” said Batrawi.

Batrawi is a trainer and consultant in communication for development at Medianet office and used to be a lecturer at Al-Quds University and Open University. She holds a B.A. in Economics from Bier Ziet University in Palestine, a Master’s Degree in New Media and Digital Culture from the University of Amsterdam in the Netherlands, and another Master’s Degree in Mass Communication from the University of Leicester in the United Kingdom. She was also part of the 2003 Hubert Humphrey Fellowship Program at the Missouri School of Journalism. 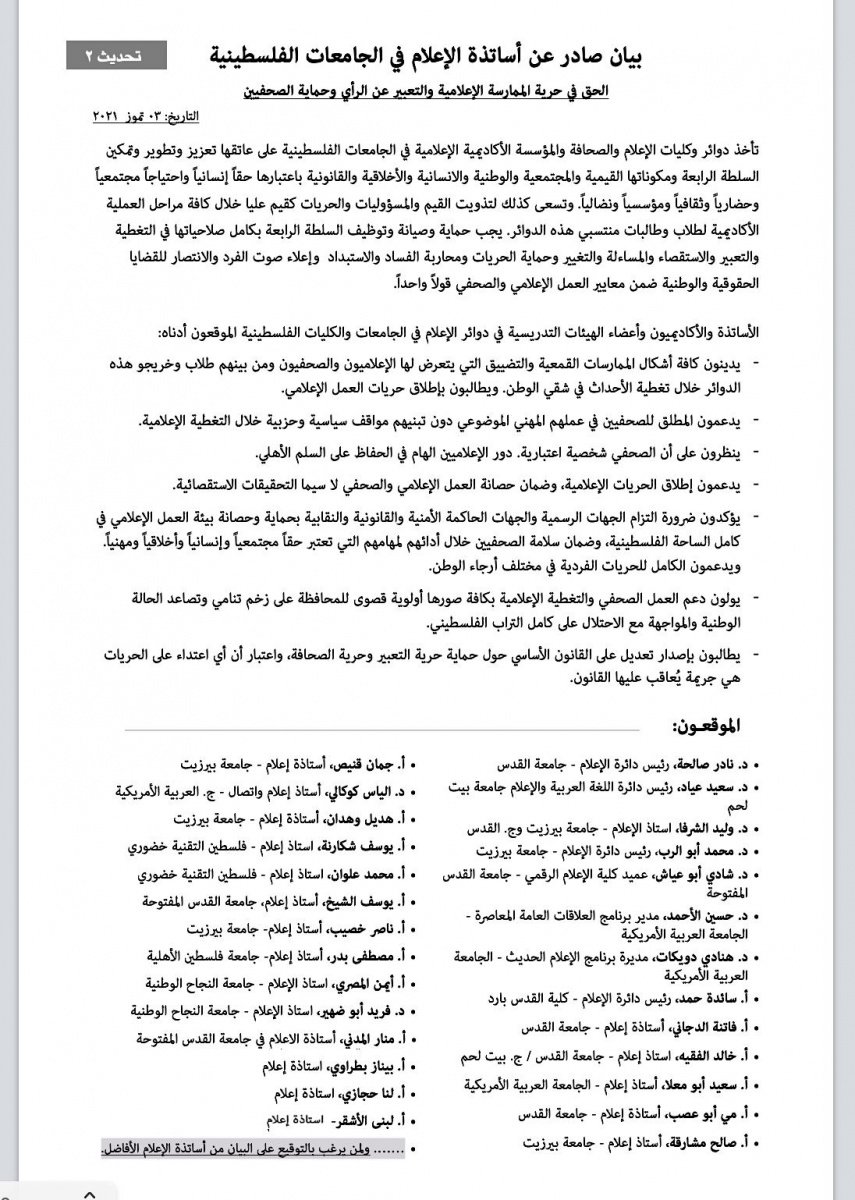 “The Fourth Estate must be protected, maintained, and employed with its full powers of coverage, expression, investigation, accountability, change, protection of freedoms, fighting corruption and tyranny, raising the voice of the individual and victory for human rights and national issues within the standards of media and journalistic work in one word,” the statement asserted.

They recognized the importance of the role of the media in maintaining civil peace and in delivering information to the public.

The signatories stressed the necessity of the commitment of the official authorities and the security, legal, and trade union governing bodies to the protection and impunity of the media work environment in the entire Palestinian arena, and to ensure the safety of journalists during the performance of their duties, which are considered a societal, human, moral and professional right.

They also give support for press work and media coverage in all its forms as a top priority to maintain the momentum of the growing and escalating national situation and the confrontation with the occupation on all Palestinian soil.

They also demand the issuance of an amendment to the Basic Law on the protection of freedom of expression and freedom of the press and considering that any attack on freedoms is a crime punishable by law.