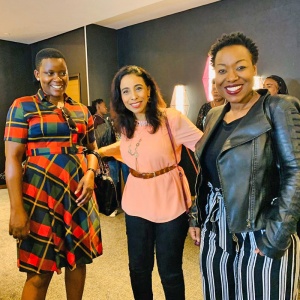 Even when Africa is a low emitter of greenhouse gases, it pays heavily for global warming through climate-change hampered development, impoverished biodiversity, destroyed eco system and jeopardized progress in security and stability. It is therefore important for Africa as a continent to understand her true dilemma, craft own solutions and implement through tailor-made modalities. Comprehensive understanding of the true threat of climate change is crucial for decisive realistic mitigation approaches but this cannot be achieved without effective media involvement as partners and agents of change.

It is upon this background that the third edition of the African Women Journalist Forum was held in March 2020, bringing together more than 300 journalists in Casablanca, Morocco. The Forum met under the theme Emergency Climate Change: African Media, Agents of Change which complements the fact that, media is the source of information and influence positive change as well as help raise global awareness of the challenges facing less developed nations.

Moroccan Foreign Minister Nasser Bourita officially opened the third edition of the African Women Journalist Forum. He emphasized the relevance of the media as willing partners and agents of change in the fight to avert the adverse effects of climate change, especially women journalists with their associated commitment. Nasser explores the usual vigor female journalists would add on the struggle since in their capacity as women, they directly get affected by the negative effects of climate change such as drought, floods and poor food harvest. As mothers, the minister clarified, they trek distances in search for water, and their babies are affected with malnutrition and cannot move when roads are cut off by floods. He said the decision to incorporate women journalists as partners and agents to avert effects of climate change cannot be underestimated and should be given all the support necessary to blossom.

The participants debated modalities for effective media partnership and agency based on seven different thematic areas that included:

–   the challenges of sustainable management of water resources;

–   health impact of climate change, which strategy to adopt;

–   what sustainable developments for African cities;

–   waste management, a decisive lever in the fight against climate change;

–   adaptation of climate change – the media can be agents of change

The later thematic area was unanimously adopted as the 2020/2021 action plan.

The adopted 2020/2021 action plan aims at achieving goals that include:

–   Mobilizing the African media for the stimulation of public debates around issues of climate change and its impact of African countries.

–   Contribute to enrich the knowledge of African public opinion on the impact of global warming, adaptation and mitigation measures.

–   Foster greater visibility of climate issues in the African media.

–   Rely on the African Women journalist’s network to consolidate compliance with the journalist rules and professional ethics in dealing with climate and environmental issues.

–   Establish a real force for citizen proposal and influence media organizations essential for effective and powerful dissemination of information. 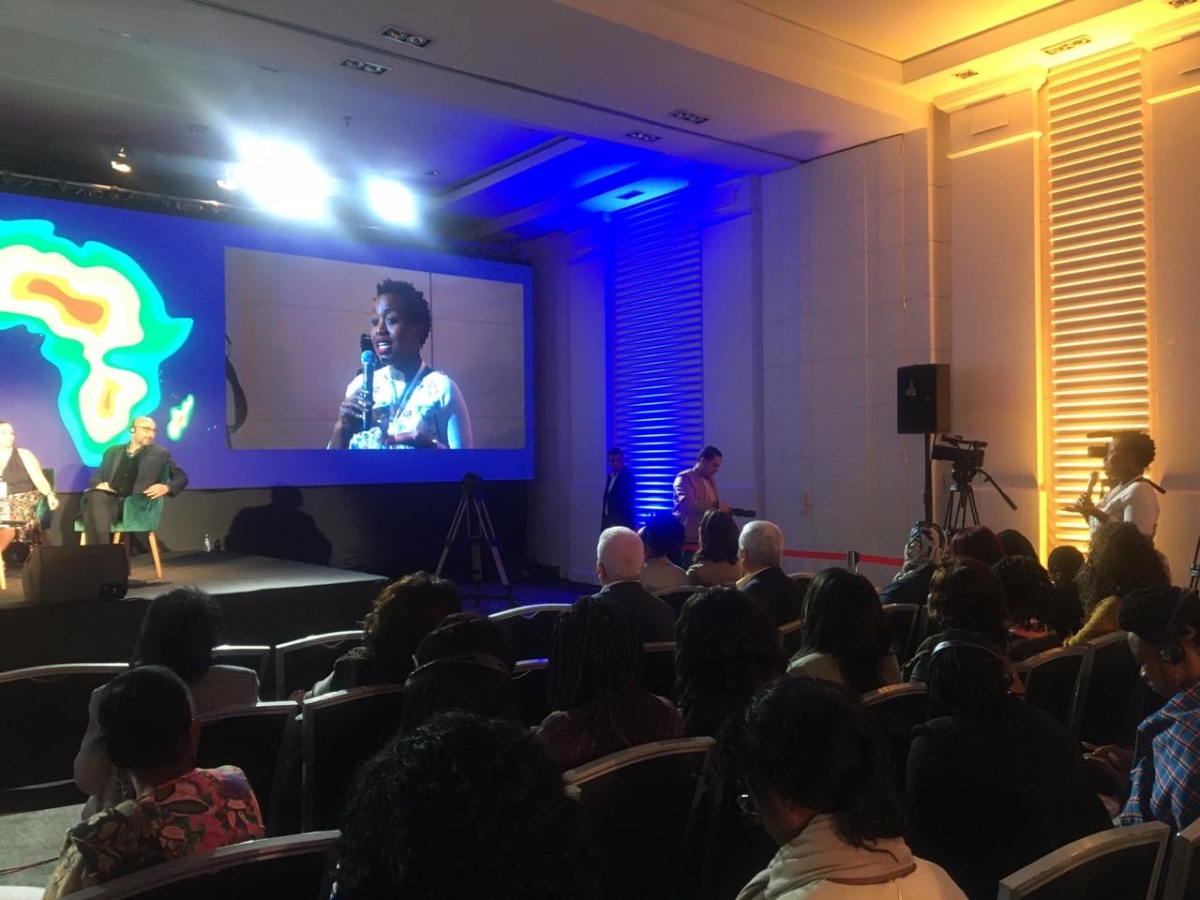 Violet Gonda, the President of the International Association of Women in Radio and Television said it is long overdue to integrate the African media as agents in climate change Impact assessment, adaptation and mitigation. She added that the journalist should be effectively trained to understand the subject of climate change the related areas of interest to authoritatively inform and influence public paradigm shift. She also challenged a panel of climate change experts “why Africans from Sub-Saharan Africa are still being made to fly via Doha, Dubai, Europe to connect to countries on the continent, if we are talking about reducing carbon emissions on the continent?”

Almost all journalists in attendance from Sub-Saharan Africa could not secure direct flights to North Africa from their respective countries, but spent a couple of days in transit flying, for example, from Kenya to Dubai or from South Africa to France to get connecting to Casablanca. The IAWRT president argued that policy makers on the continent should look into more effective measures to reduce pollution and of connecting Africa especially on the issue of how people travel between countries in Africa.

Salim Cheikh, the General manager of 2M, the forum initiators, said the choice of climate change as the main theme for the forum’s third edition is to reaffirm the major role of the media in informing and raising awareness among African societies on major strategic issues. The media is also the major catalyst for initiating a paradigm shift for a common vision and changing perceptions linked the realities of Africa as a continent.

According to Khadijja Boujanoui, the Chairperson of 2M, the 3rd edition of the Forum for Women Journalists of Africa’s emphasis should be on strengthening the capacity of African media to cover the subject of climate change as stimuli to African plan and implementation of national policies that regulate the impact of climate change. She notes the need for journalists to have accurate and relevant information both on climate phenomena and on policies at the regional, national and international levels.

Fettouma Djerrari BenabDembi, an expert on Earth and Humanism, stressed that the media as the agent of change has the obligation to promote Climate Resilience as the area of concentration through giving back to the soil that provides food to humanity. She said African communities need to be educated that good farming practices with concentration on organic crops create climate resilience through raw material organic residues turned into hygienic residues for fertilization regeneration. The composites residues do not only regenerate soil health/ fertility but also boosts the economic status of the farmers the expert asserts. The organic residue from farm produce could be collected for farm fertilizers sold to other famers and current projected statistics indicate that a tone of tomato residue may cost a farmer 27 Euros but sells off at 40 Euros which makes an economic sense. 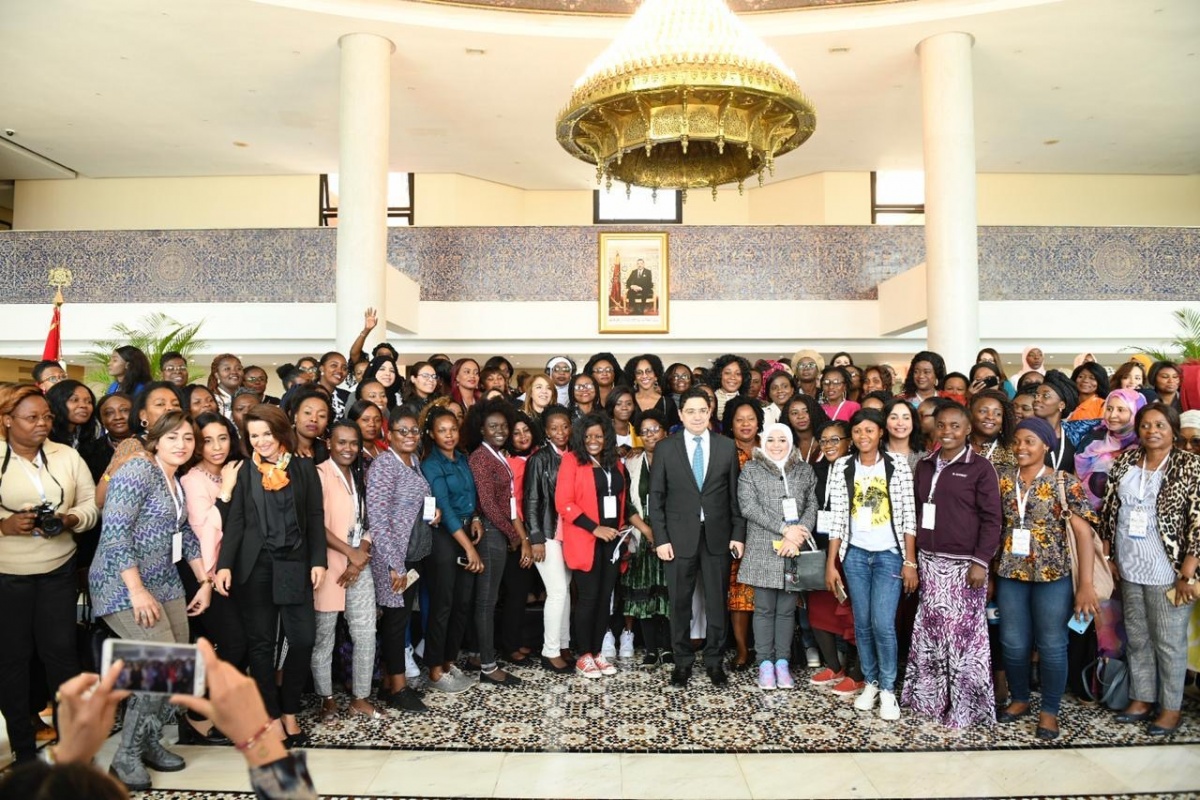