A mixed team of indigenous Mapuche communicators and filmmaker-trainers, including the IAWRT board member Iphigénie Marcoux-Fortier, has seen an exquisite short film emerge from a collaborative community project in southern Chile. The 6th Wapikoni Mobile stopover at the Mapuche School of Filmmaking and Communication of the Aylla Rewe Budi,  involved fifteen youths, supported by dozens of adults and elders, within communities of the Aylla Rewe Budi in the Araucanía Region.

The Mapuche nation (‘people of the land’) is one of the first peoples of what are today the States of Chile and Argentina. The Araucanía region has the highest proportion of ethnic Mapuche of any Chilean region, and it has been the main location of confrontations over land claims for many decades. After centuries of successful resistance to Spanish invaders, the Mapuche were militarily conquered by the newly independent Chilean state in a violent campaign known as the Pacification of Araucanía, lasting from 1861 to 1883. As a result of this conquest, Mapuche society was torn from its traditional relation to the land as families were forced into reducciones (reserves), reducing Mapuche territory from 10 million to 500 thousand hectares. 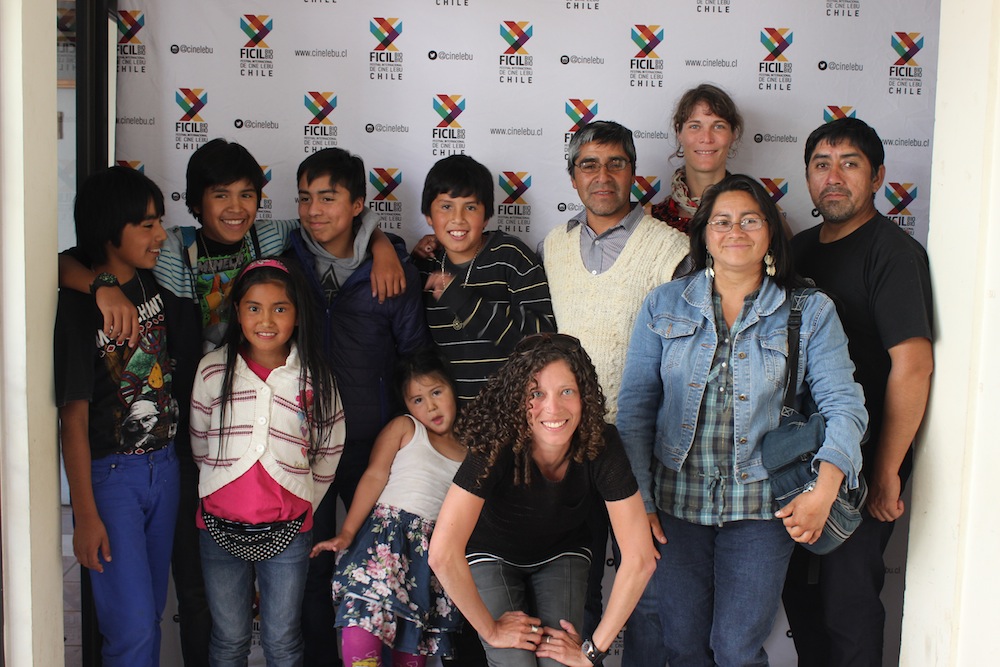 This particular project is collaboratively run by different Mapuche communities and organizations in Wallmapu (Mapuche territory), and the Quebec based Wapikoni mobile project which takes mobile studios, equipped with cutting-edge technology into First Nations communities. It is part of a continuing project that encourages cultural validation through the appropriation of media.

The filmmaking method practiced by the school is collective creation, with each young participant contributing to a project according to her or his interests, curiosities, talents and skills. “The process of collective scripting is unique, as it’s an exercise where the youths also value the Mapuche way of being; that implies a lot of listening, but also a great effort for them to express clearly their visions, thoughts and needs,” says Iphigénie Marcoux-Fortier.

That type of creativity is challenging: “I like to see it as walking from the top of a mountain to the next one. In between, you can get lost because you don’t have the horizon to guide you. So it just fascinates me to see how, at the end of the day, with “az”, (Mapudungun language – Mapuche for patience and faith) it always comes all together. From year to year, we’ve been learning that.”

Some participants jumped at the chance to learn animation techniques, creating figures out of plasticine, using the stop motion method, contributing their drawing talents, or learning the basics of advanced animation with the software After Effects. 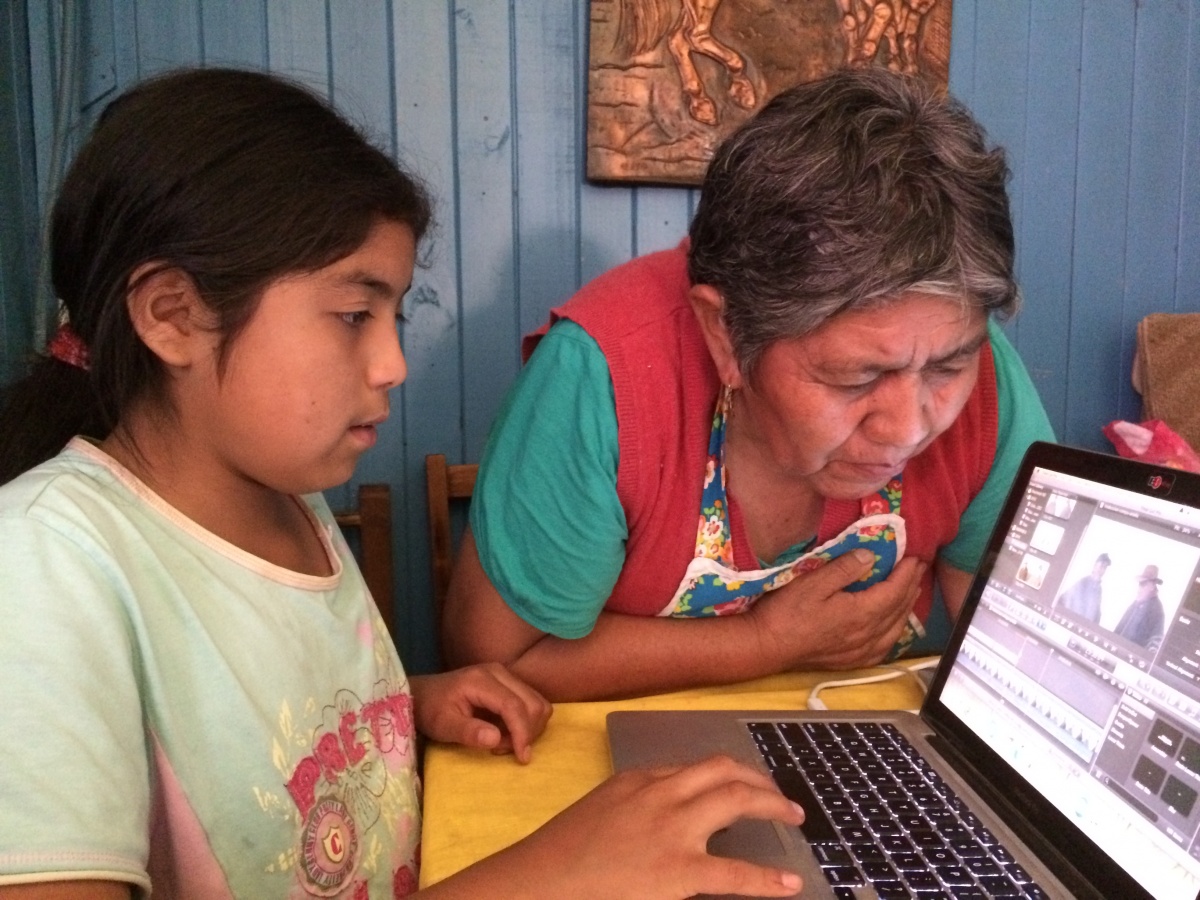 Those with a more poetic penchant, worked together to write a narration filled with symbolism, or selected images to illustrate the final film with their beauty. Some worked with admirable concentration to subtitle content spoken in the indigenous language; others offered to get up at 5:00 am to go to the beach and film jaw-dropping images at sunrise. Two young girls dedicated themselves to practicing the complex pronunciation of Mapudugun, to deliver a moving narration.

All this was supported by the participation of the Elders who shared their knowledge and lived experiences, translators helped subtitle the material to Spanish and local families welcomed Wapikoni’s big production team into their homes.

“This collective, inspiring, admirable process resulted in a complex short film that addresses the way the Mapuche-Lafkenche (people of the ocean) observe, perceive and enter into a balanced relationship with the ocean” says Ariella Orbach, international coordinator of the project. “At the same time, the film emphasizes the lived experiences of Elders as a source of indigenous ways of life and, through visual and symbolic elements, speaks to the balance between human and environment, male and female, Elder and youth, past and future.” (Lafken Ñi Az – the Ocean reveals its knowledge). This film also offered the perfect opportunity for some participants to practice animation techniques to re-create the 19th century events.

The young filmmakers were also very interested in researching the story of several families from their communities, whose genealogy was influenced by a historical event: the shipwreck of a European boat on the Mapuche coast and the integration of the surviving women into Mapuche society. A second short film was made to give space for the telling of this event by two Elders, which was the result of an oral research process led by the youths.

On February 12th, 2016 almost 70 people squeezed into an overflowing room to watch the finished short films and encourage the young filmmakers. The team says the community screening demonstrated the continued interest of the families of the Aylla Rewe Budi territory in the Mapuche Filmmaking School and their support of the young participants’ creative process. The Wapikoni team says the energy in the room that night left them convinced that they will be back next year to continue sharing the adventures of this incredible project!

Adapted with permission from an article by Ariella Orbach. 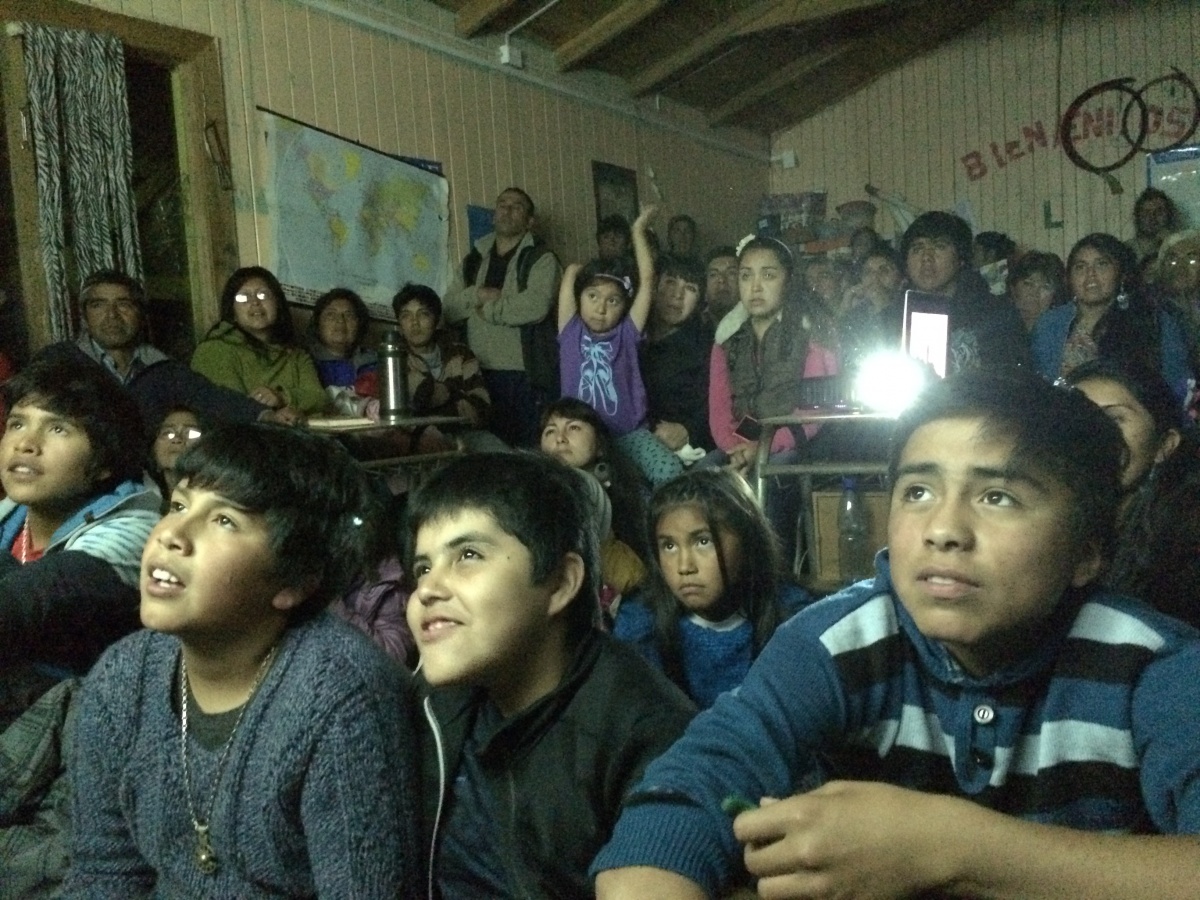