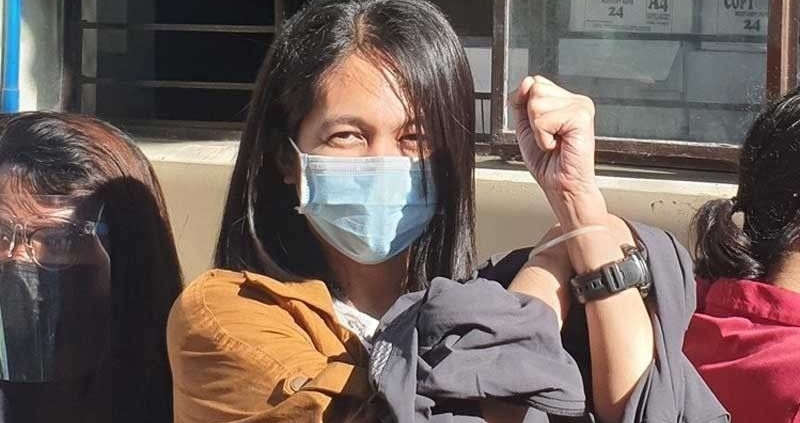 IAWRT Philippines member and IAWRT Communications Officer Lady Ann Salem was nominated among five journalists and media outlets from around the world for the Independence Prize in the 30th Annual Press Freedom Awards of Reporters Without Borders (RSF).

Fifteen journalists and media outlets including Salem were shortlisted for the three categories, the other two are Courage and Impact. Salem is the only nominee from the Philippines.

Salem is nominated for the Independence Prize along with Tolo News from Afghanistan, Omar Radi from Morocco, Bettie K. Johnson Mbayo from Liberia, and Bolot Temirov from Kyrgyzstan.

The Prize for Independence is awarded to journalists, media or NGOs for resisting pressure (including financial, political, economic or religious pressure) or because of the values and rules that enable them to resist.

“She embodies journalism’s future in the Philippines, a new generation of journalists following the trail blazed by Maria Ressa,” RSF said of Salem.

Salem led the building of the IAWRT’s first digital safe house for women journalists, using her own experiences as a guide.

Manila Today, her alternative media outfit in the Philippines, said they are “elated with the nomination and recognition of its editor who continues to face charges in connection to her imprisonment in 2020. The government sought to reverse the dismissal of the charges against her at the Court of Appeals in 2021, a case that is pending up to this day.”

International Human Rights Day on December 10 this year will mark the 2nd year since Salem’s arrest.

The RSF Press Freedom Awards will be presented in Paris on December 12 this year in a ceremony opened by 2021 Nobel Peace Laureate Dmitry Muratov.