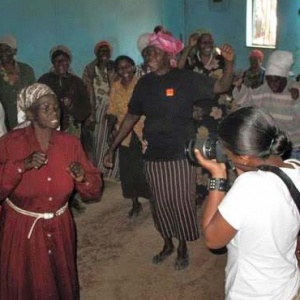 “As a journalist who reports frequently on gender and human rights in Africa, this movement signifies a timely and profound cultural reckoning.”

#MeToo, one of the most articulate feminist movements of the decade is not just about gender, it’s about the things that make people vulnerable – their class, their race and their sexuality.The movement has grown beyond simplistic narratives of women as victims and bystanders . A New Yorker article attributes the guilty verdict during the re-trial of Bill Cosby for sexual assault on the effects of the #MeToo movement. The first prosecution of Cosby for the same crimes last year had ended in a mistrial.  The judge, according to the article, acknowledged that the #MeToo movement and the allegations of sexual misconduct in the entertainment industry during the trial may have attributed to the shift in judgement. However the movement is not just confined in the West among Hollywood elites; women from all over the world are speaking up about sexual harassment and abuse in their work places. (pic: Kenyan women confronting rape and sexual harassment by learning karate)

As a journalist who reports frequently on gender and human rights in Africa, this movement signifies a timely and profound cultural reckoning. The last 9 months have exposed a silent epidemic of sexual assault and harassment that haunts every industry and every community. While the media has drawn attention to these cases, the sector itself has proven to not be different in the way it treats women. There are very few women in leadership positions in the media, and women journalists suffer various atrocities from sexual harassment to being deemed unfit for ‘manly’ journalistic assignments. A report by the Media Council of Kenya assessing the gender issue in the Kenyan media adds that stereotypes in the media tend to undervalue women as a whole, and diminish them to sexual objects and passive human beings.

Kenyan women journalists are coming out and talking openly about rife sexual harassment in the newsroom. A blog by Amina Chombo, a renowned political and current affairs talk show host, singles out sexual harassment, discrimination in promotions, and women being underrated among some of the obstacles she and her fellow female colleagues in the media face.  However, she said, many of the women feared to stand up and speak out. See sexual-harassment a challenge media women face in Kenya on Jambo News Network Gender Agenda.

An investigative story by South African newspaper, Mail & Guardian exposed the full extent of how pervasive sexual harassment has become in Kenyan newsrooms and in the media industry generally. The story, Sex Monsters in the Newsroom, revealed accounts from Kenyan female journalists about how their bosses were demanding sexual favors in return for professional assistance or better working conditions.

Many female journalists have been open about their experiences, marking commendable progress for women’s rights and empowerment in the country. An award winning Kenyan journalist penned a post on her social media titled ‘I am a Woman Journalist’ on her experiences in a patriarchal  newsroom saying that it was time for women to have courage, “Then one day the woman in me, the lioness who had been rained on and people thought was a cat, roared…it was the woman being fought yet fighting for her space in the newsroom at the same time.”

This transformative movement is not just for women and gender equality, it is for all who care to remove barriers for women to advance in the workplace. The media needs to interrogate and confront sexual harassment and ensure removal of all obstacles to equal opportunities and for the enhancement of women’s work.