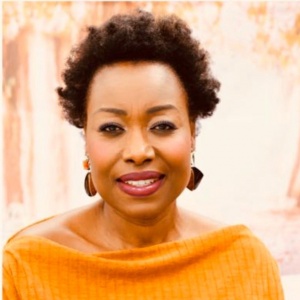 IAWRT President Violet Gonda has been sharing her time and expertise, mainly as moderator, in key webinars during the COVID-19 pandemic and varying lockdowns in the world, especially to important discussions in her home country Zimbabwe.

The southern African country is facing a multi-layered crisis including massive corruption, gross human rights abuses, economic collapse, political challenges, food insecurity and a collapsing health delivery system in the times of COVID-19. Gonda, who is a freelance journalist based in the United Kingdom, is also collaborating with various pressure groups back home using virtual media platforms to help find a solution to the unfolding events in her country. 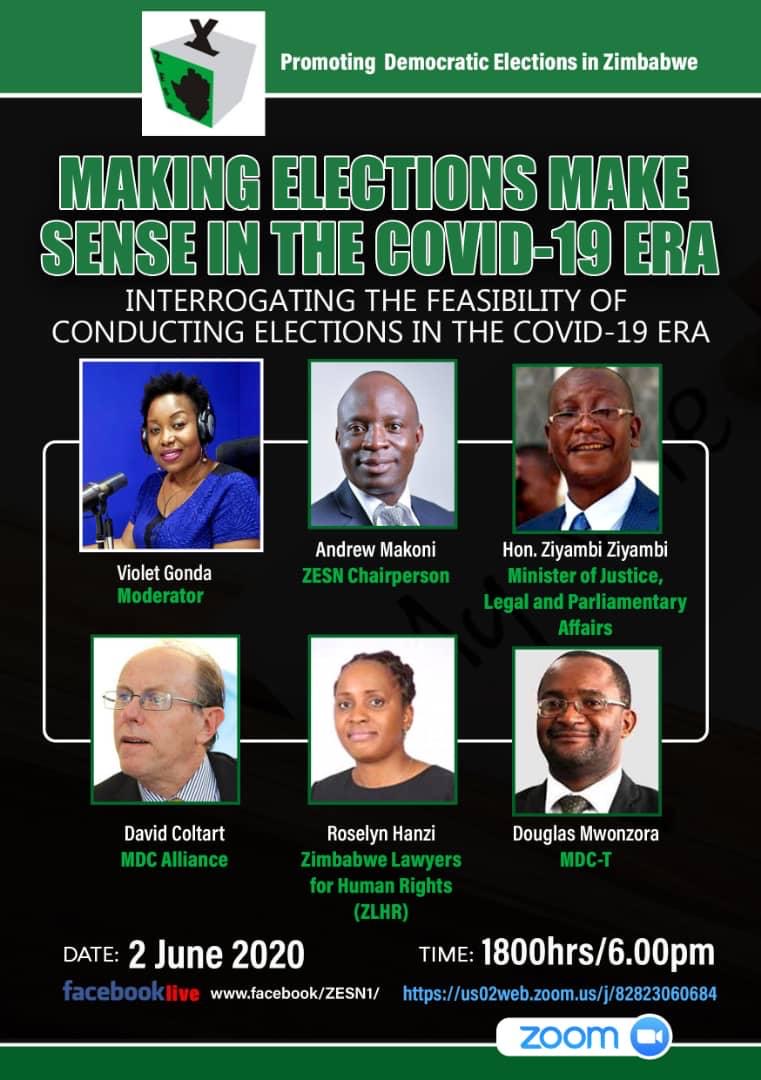 Among her efforts was a webinar by Zimbabwe Elections Support Network on the topic ‘Interrogating the Possibility of Conducting Elections in the COVID-19 Era’ was held on June 2.

‘Politics and Beyond: The Implications of the Mozambique Security Crisis for Zimbabwe was held on June 5 with Gonda as moderator.

On June 11, Gonda served as moderator for Sapes Trust Policy Dialogue Forum on the topic ‘Zimbabwe’s Deepening Crisis – what we have to do NOW!’ The discussions also tackled the proposals for all stakeholders talks and the establishment of a National Transitional Authority in Zimbabwe. The IAWRT President explained that her country has, over the last few months, witnessed an increasingly deepening crisis with growing political violence including arrests of journalists, abductions torture of opponents, intimidation of human rights lawyers, and coercion by the government. This has resulted in neighbouring South Africa sending envoys, and the African Union and the International Community issuing statements of concern. The panelists were representatives from civil society sectors. Watch the forum here.

Gonda said the new government under President Emmerson Mnangagwa has failed to show that it’s different from the Mugabe regime and there is little evidence to show that this so-called ‘new dispensation’ has the capacity or the will to deal with the escalating range of crisis issues being faced.

She added: “These Policy Dialogue public meetings are addressing not only of what needs to be done, but how it should be done to move the the country forward.”

What will it take to reach a Settlement in Zimbabwe?: Watch the livestream of the discussion here.

On June 16, Gonda served as moderator for Zimbabwe Election Support Network’s meeting on the topic ‘Contextualizing the Implications of Constitutional Amendment Bill No.2 on Zimbabwe’s Electoral Democracy. Panelists included gender experts, a Constitutional Law expert, a youth expert and the Committee Chairperson on Justice, Parliamentary and Legal Affairs.

On June 25, Gonda again served as moderator for Sapes Trust Policy Dialogue Forum on ‘Harnessing Zimbabwe’s Diaspora Towards the National Settlement.’ Watch the livestream of the discussion here:

She has also partnered with her country’s leading elections monitoring group the Zimbabwe Elections Support Network in a programme called ‘Making Elections Make Sense’ discussing the feasibility of holding elections amid concerns of protecting public health and the right to vote in the COVID-19 pandemic era.  The discussions also help contextualise the implications of various sections of the  Constitution on Zimbabwe’s electoral democracy.

The Zoom debates, which are streamed on Facebook and Youtube, have also been focusing on other key areas such as regional security in southern Africa where insurgents have unleashed a reign of terror in Cabo Delgado and the situation in Mozambique is now spiralling out of control. ‘Politics and Beyond: The Implications of the Mozambique Security Crisis for Zimbabwe and the region. Watch the livestream of the discussion here:

Gonda hails from Mutare, Manicaland, Zimbabwe. Zimbabwean journalist Violet Gonda who has been in exile from Zimbabwe for the last 20 years, after she was barred from returning to her home country during former Zimbabwean President Robert Mugabe’s rule. She has been based in the UK and spent the time during the COVID-19 pandemic in the country.

See other discussions below on Zimbabwe and one on South Africa:

1. What will it take to reach a Settlement in Zimbabwe?: Watch the livestream of the discussion here.

2. South Africa’s Policy Towards Zimbabwe. A case of the tail wagging the dog, sheer incapacity, indifference or harvesting on a neighbour’s economic woes?: Watch the livestream of the discussion here.

3. Towards Constitutionalism & the Return of the Military to the Barracks: Watch the livestream of the discussion here.

1. Regulations of political parties in Zimbabwe. Watch the discussion here.

2. The Implications of Constitutional Amendment Bill No2 on Zimbabwe’s Electoral Democracy: Watch the livestream of the discussion here.

3. Interrogating the feasibility of conducting elections in the Covid-19 era: Watch the livestream of the discussion here.