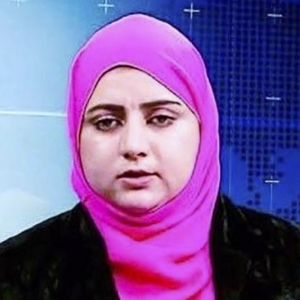 IAWRT strongly condemns the brutal shooting of Malalai Maiwand and her driver in Afghanistan & the arrest of IAWRT’s Communication Officer Lady Ann Salem, in the Philippines

Malalai Maiwand was a 26 year old reporter at Enikass Radio and TV in Nangarhar in Afghanistan, renowned for her fight for women’s and children’s rights. She was a member of AWRT, affiliated with IAWRT. Malalai was shot by a gunman in Nengarhar Province in Afghanistan this morning. She was an active member of AWRT and other civil society groups and had been under threat for some time.

Maiwand is the second journalist killed in Afghanistan since mid-November. On November 12 Alyas Dayee was killed in a bomb blast in Helmand province. IAWRT demands that the authorities in Afghanistan investigate the murders of Malalai Maiwand and Alyas Dayee.

Lady Ann Salem (known as Icy), who is journalist and also the editor of an alternative media outlet, Manila Today was arrested from her home on the morning of December 10 on unknown charges.

Icy’s colleagues learned of a raid in her Mandaluyong house at 9:00 AM. Hours later Salem was found at the Criminal and Investigation and Detection Group facility of the Philippines police.

It is especially devastating that both the murder of Malalai Maiwand and the arrest of Lady Ann Salem happened on International Human Rights Day.

Icy was taken to court on Friday and is being charged with illegal possession of firearms and explosives. The media outlet she works for, Manila Today was red-tagged (blacklisting as either a Communist or terrorist group, or both, by the National Task Force to End the Local Communist Armed Conflict – NTF-ELCAC).

Outside the Mandaluyong court, Icy told the media that the evidence was planted during the raid on her home.

Another IAWRT member from the Philippines, Frenchie Mae Cumpio, who was arrested in Tacloban City in February on similar carges, based on ‘evidence’ found in a raid, is still in detention.

IAWRT says the Philippine government must immediately release Lady Ann Salem and Frenchie Mae Cumpio, as well as investigate disappearances and wanton arrests of journalists and put an end to the harassment of all journalists and human rights defenders.

“Instead of being the storytellers, journalists are fast becoming the story – being arrested, abducted, assaulted, and killed,” says IAWRT President Violet Gonda.

“It’s normal for journalists to be the voice of the voiceless, but who is the voice for targeted journalists? Journalists can’t breathe! It is shocking that on the last day of UN Women’s 16 days of Activism against Gender based Violence we received the tragic news that our IAWRT members have been killed and arrested for just being journalists”.

“It is the responsibility of governments to ensure that newsrooms and the communities in which journalists work, are safe spaces. The role of the State is to promote democracy, peace and good governance. This means allowing dissenting voices to be heard” she concluded.