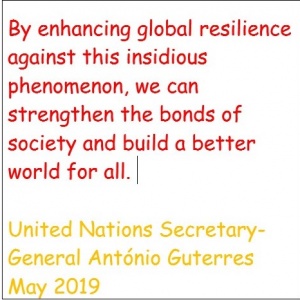 Hate speech is a key element in many attacks on the media and individual journalists, so the responsibility of journalists to protect society from hate speech is also an aspect of protecting their own safety.

Links to two resources are here: the journalist’s hate speech test and the UN plan of action.

DW Akademie, has released an English subtitled version of Abeer Saady’s training video in Arabic about journalists and hate speech. which we share. The video tutorial features the Ethical Journalism Network‘s hate speech 5 point test. The EJN has partnered with IAWRT and chapters including Kenya, since it began its launch of the ‘Turning the Page of Hate campaign’ in 2014 to mark the 20th anniversary of the Rwandan genocide.

The video tutorial is part of training offered through the Media Heroes project, which aims at creating a digital platform for journalists and media activists, improving capacity through sharing knowledge and experiences. DW Academe is a section of Deutsche Welle, Germany’s international broadcaster.

Click on this link to the principles of the UN Strategy and Plan of Action on Hate Speech they are also a useful template for media organisations to adopt. It was launched in June 2019. The strategy is an ambitious program to coordinate efforts against hate speech across all UN agencies to identify, prevent and confront hate speech.

” It means keeping hate speech from escalating into more something more dangerous, particularly incitement to discrimination, hostility and violence, which is prohibited under international law.