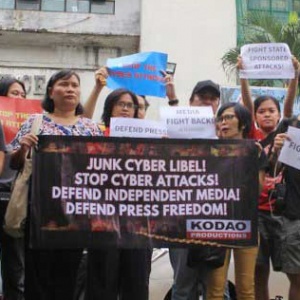 A potentially ground-breaking case over cyber-attacks against alternative online media has been launched in the Philippines.

Janess Ann J. Ellao in Manilla reports that the case is over one of the largest denial of service attacks seen in any country.

Four alternative media sites, Bulatlat, Pinoy Weekly, Kodao Productions, and Altermidya – People’s Alternative Media Network have filed a civil claim for damages against two IT companies, IP Converge and the Suniway group of companies Inc. They are being assisted by human rights lawyers from the National Union of Peoples’ Lawyers (NUPL).

20 media outlets were the subject of an intense series of what NUPL called well funded and orchestreated cyber-attacks, known as distributed denial of service attacks (DDoS) between December 2018 and March this year. 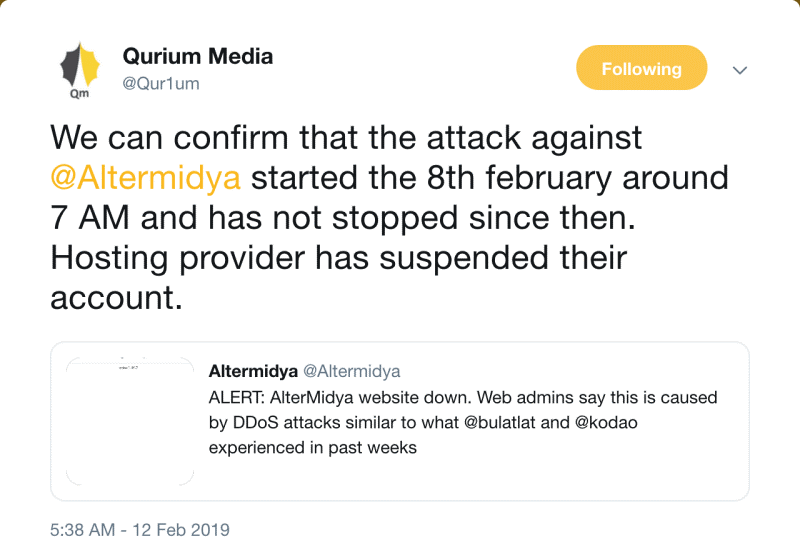 The common thread between the online media outlets was that they had all reported stories critical of the government of Rodrigo Duterte immediately before their sites were repeatedly made unavailable. DDoS attacks flood websites with an unusual volume of traffic, overwhelming capacity until websites can no longer be accessed. For a detailed explanation see Electronic Frontier Foundation.

However, a government spokesman denied involvement.

“I’m telling you as a matter of fact, we are not in the business of doing cyberattacks.” Presidential Task Force on Media Security Executive Director and Undersecretary Joel Sy Egco said in a phone message to Business World.

However, President Rodrigo Duterte himself and his administration have a history of attacking the Philippines media, particulalry reporters or outlets which  have been critical of the government.

Social media has become weaponized under the current administration – so-called “patriotic trolling” has become the norm in the Philippine social media landscape. In a Bloomberg Businessweek report, What happens when the government uses Facebook as a weapon? such trolling is described as “use of targeted harassments and propaganda meant to go viral and to give the impression that there is a groundswell of organic support for the government.”

A forensic report by the Sweden-based NGO, Qurium Media Foundation found Suniway’s infrastructure (it leased IP addresses from IP Converge) was a one of the largest DDoS attacks it had ever seen (Qurium, which hosted many of the target sites, was also attacked).

“Qurium has assisted independent media against DDoS attacks for the past decade, and they have never seen such magnitude and scale of Distributed Denial of Service (DDoS) attacks launched in one single country.”

In its reply to the filed complaint, IP Converge admitted leasing 64 IP addresses to Suniway. It has made cross-claims against Suniway, saying that the latter should “alone bear the consequences” as it has complete control over the leased IP addresses.“Suniway should be held liable for all the damages and expenses caused to IP Converge as a result of this case, and for whatever amount may be adjudged against IP Converge by virtue of the complaint” IP Converge further stated.

“IP Converge did not reply to any of the emails about the DDoS attacks emanating from its infrastructure. IP Converge said the recipients may have missed the emails because they receive hundreds of emails in any given day.”

At this stage Suniway, has not squarely answered the primary claim that the IP addresses were traced to their infrastructure.

Both companies, meanwhile, have filed counter-claims for “besmirching their reputation

IP Converge demanded on its reply P1 million from each plaintiff for moral damages, P1 million each for exemplary damages and P1.5 million for attorney’s fees and cost of litigation. Suniway is claiming P2 million for moral damages, P500,000 for exemplary damages and P500,000 for attorney’s fees at cost of litigation. In sum, both companies are claiming a total of P12.5 million.

“We view this as a form of intimidation given that all the plaintiffs are non-profit media outfits,” Padilla said.

“We firmly believe that legitimately exercising a right and seeking appropriate redress at the proper forum when that right is violated can never be penalized or begrudged.” 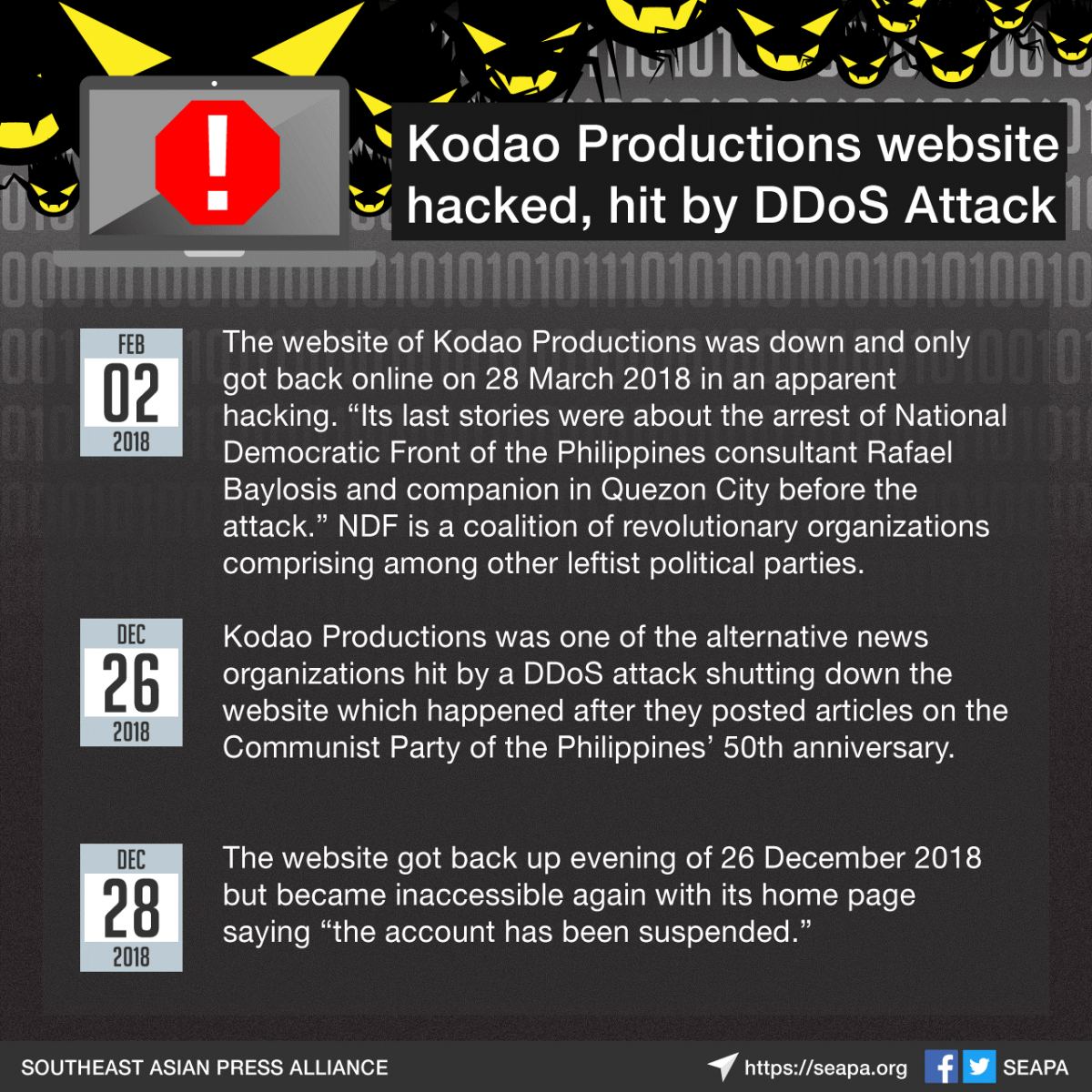 Jola Mamangun, from Kodao productrions who is also the President of IAWRT Philippines, said this counter move is part of the continuing attacks on press freedom in the country.

The cyber-attacks against the four alternative news sites stopped rather abruptly, following the filing of the civil complaints before the Philippine court on March 29, the anniversary of the first internet connection in the Philippines.

Janess writes for Bulatlat and is a member of IAWRT-Philippines https://www.bulatlat.com

Yet Another Year of Living Dangerously