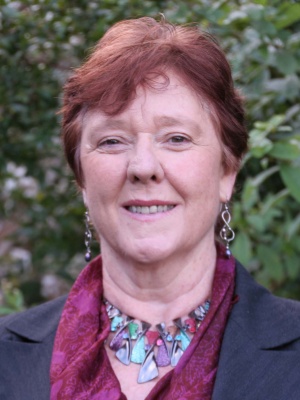 I have spent three decades as a radio, and online reporter and journalist specialising in legal, environment science and human rights reporting, mostly for the Australian Broadcasting Corporation in Sydney. Prior to that I worked in community radio. I have just been appointed as the web journalist for IAWRT (July 2015).

I think I always wanted to be in the media and my interest is maintained because I believe knowledge empowers democracy, and mitigates against any abuse of authority. In the mid 1970’s it was a small-scale beginning in high-school, challenging teachers’ control of the school magazine; at Adelaide University to challenge conservative students control of the student newspaper ‘On Dit’, through to Student Radio where I took up a challenge to join, after I criticised a clique of male students running programs; That began my radio career and I went onto another community (volunteer run) radio station at a time when the coverage of environment issues, women’s rights and homosexual rights were considered radical rather than main-stream. To this day, despite its technical inadequacies, I am proud of my first radio documentary, which allowed prostitutes to tell their stories as workers and women, who faced discrimination and illegal victimisation by Police. Prostitution was later decriminalized in South Australia. It was then that I first gained my respect for the proper function of law, through one University law Professor who gave advice which ensured the Police had no grounds to carry out their threat to prosecute for libel. Later I set up a community radio news show, designed to demonstrate that news must always be heard critically, by reporting the way in which different countries radio stations reported on the same event. After that I moved to Sydney to forge a professional career in radio journalism, starting as a cadet in the ABC Radio Current Affairs department. In my ABC career, I was the first Royal Commissions and inquiries rounds-person, and reported on many scandals and abuses of human rights. http://www.abc.net.au/news/2009-08-21/reporter-reflects-on-james-hardie-scandal/1399386 ; http://www.abc.net.au/news/2014-10-24/crown-solicitor-in-child-sex-abuse-case-mediation-years-ago/5839396;  http://www.australiaplus.com/international/2010-02-15/class-action-begins-over-iraq-wheat-payments/198944

I also acted as a Chief of newsroom staff. Truth-seeking has always motivated me. I am inquisitive (hence my first foray, interviewing women who sold sex because I knew nothing about them) and sensitive to the different ways in which people understand events, partially because of my own immigrant experience in Australia.

I enjoyed meeting, and being able to tell the stories of people who usually do not get access to the media or the corridors of power, such as those who suffered institutional abuse by corporations, or the law or government. This can often be frustrating for a journalist who is primarily a news reporter, having to fit complex issues into small spaces limited by program formats and being expected to file ‘early and often’. It can be hard to deal with the disappointments of people who want more attention given to their individual stories.   I enjoy the feeling that I am adding to the body of knowledge which people require to participate in decisions which affect their lives. I especially liked following and reporting on investigations which uncovered wrongdoing and held perpetrators to account, or lead to change or improvements.  The most annoying aspect of modern journalism is now the extent of control of government and public statements, through public relations and media specialists, encouraging journalists to take the quick route to complete their stories.

I arrived at a time when men dominated news management, and journalism was thought to be best done in an aggressive forceful manner. Much though I enjoyed holding politicians to account through questioning at media conferences, it was not a broadcast style I aspired to, being by nature inquisitive rather than inquisitorial. It was a challenge to be allocated the “serious” subjects to cover, whilst maintaining a non-aggressive approach. Along with other women journalists I worked to expose the grading bias against women in the workplace,  and have since seen many women rise to higher editorial positions in the ensuing years. However, there still needs to be vigilance against an expectation for women journalists to be more than able reporters – having also to be pretty, made-up, dressed-up and often young, to be on television.

In IAWRT I want to foster cultural understanding of the different issues faced by media workers, to  publish stories about their work and to enhance IAWRT’s work to foster the careers of women who tell important stories, and to put systems in place where future members can take on the web-journalist role and  continue to agitate for the goal of equality, worldwide.

In terms of a career in mainstream media, start by volunteering in community organisations to get experience. It is important to get out of your comfort zone, meet and work with people who are not part of your normal social circle, to learn to tell stories with them, not just about them. I still think radio is a good starting point, as a story’s value is determined by content alone, and broadcasting brings with it, responses from a wide range of listeners. Community news sites and some blogging can also be good starting areas, but always be wary of falling into the trap of just talking to those who agree with you.  Obviously with a web-journalist position one needs to get across a number of ways to reach out, through social media, and the many on-line mediums now available, so look for community and activist groups who may want a media worker.

Don’t be afraid of complexity, such as bureaucratic records or legal documents, they give you the necessary knowledge to fully understand issues. Keep your information and old stories well organized and secure, if necessary. As well, it is important to go back to old stories to see if there has been any outcome or solution and to ensure that those in power are held to their promises. If you make mistakes, acknowledge them, fix them and move on.  Work to a code of ethics and stick to it.

I am always keen to spend time with people to find their truth so that I can learn about them, and try to do justice to their perspective. I love sharing knowledge and learning from others. I am able to get across complex issues in the law, government, planning and environment policies or science and  make them comprehensible and relevant to an audience. I am able to use my broad knowledge of governmental and judicial events going back nearly thirty years to work to accurately provide people with useful information to pressure the power elites to account for their past undertakings.