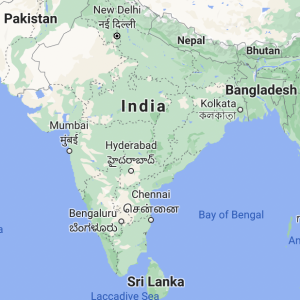 The first death of a journalist in India was reported on May 8, 2020

Journalists and media workers also suffer from long working hours and lack of protection from their workplaces.

The database of Network of Women in Media, India (NWMI) listed 518 journalists and media workers who died of Covid-19 as of June 10, 2021.

The latest in the list was Rafi Nehru, 47, from Krishnagiri, Tamil Nadu, a reporter of Sun Network.

The first reported Covid-19 death of a journalist in India was Pankaj Kulshrestha, 50, Agra, from Uttar Pradesh, the Deputy News Editor of Dainik Jagran. His death was reported on May 8, 2020. There were some who said a photojournalist from Kolkata died earlier than Kulshrestha.

Women journalists are also among the fatalities. Shikha Patel, 24, Chief of Bureau of Kamalam newspaper from Upleta, Rajkot district, Gujarat is among the youngest who died. In NWMI’s database, there are 17 women journalists and media workers who have passed due to Covid-19.

In a report by Rachel Chitra for the Reuters Institute, in most cases in the deaths of these journalists were directly linked to the nature of their job: they were reporting from the field.

Chitra reported about aggravating circumstances to the problems of Covid-19 infections and deaths among journalists and media workers: their lack of security net, lack of workplace support, and attacks against journalists.

Senior journalist and documentary filmmaker Nupur Basu said, “The large number of journalists and media workers who have died due to Covid in India is truly alarming and heartbreaking. To add to the burden of this loss of life, there is the loss of livelihood too which has further aggravated their situation. Hundreds of journalists have been turned out of work as newspapers and television channels have used Covid-19 as an excuse to downsize. In many instances these journalists were sole bread earners in the family.”

Basu is a member of IAWRT India and its former chapter head or Managing Trustee.

Many stringers and freelancers who died of Covid-19 or those who got injured in the line of duty would not get any form of assistance.

“The government has been dragging its feet on declaring journalists as frontline workers for priority vaccines and also in compensating the families of those media workers who have succumbed to Covid-19 in the last 15 months,” said Basu, who was the Executive Producer of the award-winning documentary film ‘ Velvet Revolution ‘ produced by IAWRT in 2017.

“This has further eroded press freedom on India and made the job of journalists even more difficult in reporting the pandemic,” Basu said.

Basu also condemned the sedition and defamation charges and other cases filed by police against journalists critical of the government’s failings on Covid in India.

“Journalists are on the frontlines of reporting the Covid-19 pandemic, in pursuit of promoting citizens’ right to information, and  yet they are often at the receiving end of hostility – from the public and political pressure groups alike,” said NWMI in a statement on April 27.

NWMI is also pushing for the protection of journalists and media workers while working during the pandemic – provision of PPEs, access to health care, vaccination, medical insurance, coverage of medical costs and compensation for deaths. They also called on central and state governments to protect journalists’ legal rights and stop penalising them for exposing the ground reality.

Some important questions to ask in the face of growing Covid-19 deaths among journalists in India: who will continue to report on the pandemic when journalists themselves fall ill or die due to the disease? And who will write about journalists if they fall sick?