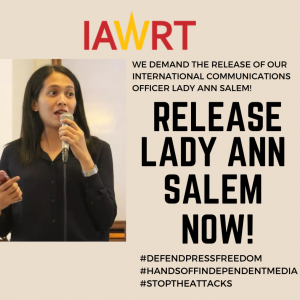 As you know, IAWRT has been hit hard by grave and brutal events: Last Thursday, on International Human Rights Day, one of our members in Afghanistan, Malalai Maiwand, was shot and killed along with her driver.

The very same day our Communication Officer, Lady Ann Salem, whom we know as Icy, was arrested at her home in the Philippines. The police claim to have found firearms and explosives. It is obvious that the evidence was planted as Icy was forced to turn her back for about an hour while the police went through her house. But this is now used to justify her arrest and continuing detention, and to spread baseless portrayals of Icy as a gun-wielding criminal. She was arrested shortly after the news outlet of which she is the editor, Manila Today, was red-tagged by Philippine authorities.

Both events have been strongly condemned by IAWRT, as well as other organisations such as Amnesty, the Committee to Protect Journalists (CPJ) and the International Federation of Journalists (IFJ).

In February, another IAWRT member from the Philippines, Frenchie Mae Cumpio, was arrested in a manner similar to Icy’s. Also in this case the police claim to have found weapons and explosives. After more than nine months Frenchie is still in custody.

IAWRT has now launched a support drive for emergency legal assistance for Icy and Frenchie, in collaboration with the Norwegian Union of Journalists (NUJ) and other organisations. We will do everything possible to help our members!

As communication officer Icy was a vital and important member of the IAWRT global community, supporting the work of the secretariat, our membership and partner organisations. Icy’s arrest has directly affected IAWRT’s operations, since computers and other equipment have been seized by the police. The whole secretariat is now in a dire state.

IAWRT appeals for your support to:

1. raise legal funds for our detained colleagues in the Philippines 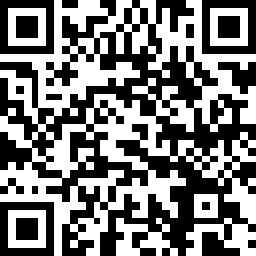