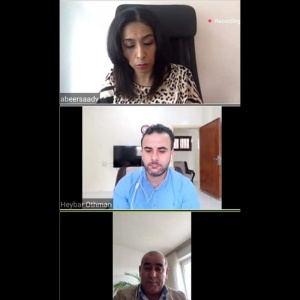 Forum with Syrian and Kurdish journalists

Forum on “Media and civil society institutions in the time of Corona. Freedom versus responsibility. Are we ready?”.

On World Press Freedom Day, the Syrian Kurdish Journalists Union in cooperation with the Amsterdam-based Free Press Unlimited held a virtual seminar through the Zoom.

The following resource persons participated in the forum:

Another relevant topic was raised in the discussion: Does the independent Syrian media touch on the suffering of people and reflect their fears?

The participants of the seminar also sent messages of solidarity to IAWRT Philippines members who were arrested on May 1 as they were reporting on a protest against the killing of an activist just the day before. They were detained for a day and were released on bail and will still continue to face the charges filed against them. They also joined the online protest calling to free women journalists around the world.