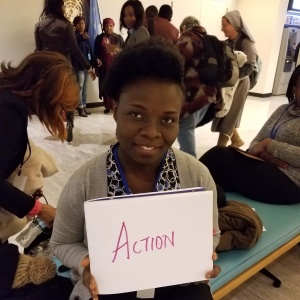 IAWRT is joining the #MeToo campaign and taking advantage of this year’s Commission on the Status of Women (CSW) to call on the Member States of the United Nations to address issues of online harassment and violence against women, particularly journalists.
The CSW, is a global intergovernmental body which meets at the United Nations, 12 to 24 March to form guidelines on policies to improve women’s staus – this year the focus is rural women and a review of women’s role in and on the media.
IAWRT President Violet Gonda, an award-winning journalist who recently returned home to Zimbabwe after 17 years in exile, told IAWRT web “Even though the Beijing Platform for Action has a mandate on women and the media, this has never been implemented.”
IAWRT will use this opportunity to publicise its Safety Handbook for Women Journalists.This year’s theme will give IAWRT the opportunity to profile its action-oriented projects, such as safety training and empowerment through community radio, at various events.
Its main workshop is aimed at creating guidelines for media organizations to protect female journalists. IAWRT is calling for the creation of robust industry-wide guidelines on how media organizations should protect their female employees from sexualized and/or gender cyber violence.
The #MeToo campaign underpins discussion in the IAWRT – Genderlinks event, #Metooonline – Workshopping Solutions to Counter Cyber Violence Against Women. which aims to kickstart to process of getting the media industry to put such protections in place.
IAWRT is involved with six separate events being held in tandem with the CSW, and the immediat past President Gunillaa Ivarsson is moderating a GAMAG session on policies and research in Gender and Media.
IAWRT will be contributing to the workshop  Media And Information Technologies: A Double-edged Sword For Women’s Advancement on March 14. This parallel session organised by Reporters Without Borders (RSF), the International Women’s Media Foundation (IWMF) and CPJ is examining what achievements there have been in women’s participation in, and access to the media, in the last 15 years.
At the same time, IAWRT USA partners with Zonta International, to examine progress on the 1995 Beijing mandate. Beyond A Pretty Face: Tackling Gender Bias In Media Industries. This workshop will include award-winning senior journalists and gender scholar and IAWRT board member, Diana Nastasia, and will focus on how to identify gender bias in media, and how to advocate for balanced depictions of women.
It will be a high powered panel; Jennifer Adams, the Project Officer for Safety of Female Journalists Online from OSCE, (Organization for Security and Co-operation in Europe) the Gender links CEO Colleen Lowe, Dr. Michelle Farrier of Ohio University – and ‘troll-Busters Pest Control’ to counter cyber-violence against journalists and Dr Dubravka Simonovic, the UN Special Rapporteur on Violence Against Women.
“The popularity gained through the launch of the IAWRT Safety Handbook for Women Journalists and other events has attracted numerous organizations seeking partnership with IAWRT at the UN,” according to the USA chapter head, Sheila Katzman.” CSW and UN women have encouraged such partnerships to show strength”, she says.
For the first time, IAWRT delegates will be involved in three Side Events in UN headquarters. Abeer Saady, the author of the safety handbook and Chair of the IAWRT CSW organising committee, says partnering with like-minded NGO’s, “has enabled us to present and participate in an unprecedented number of events” (Side events involve government representatives collaborating with NGOs to present a topic speaking directly to governments).
Abeer, who is the IAWRT Vice President and a journalist safety trainer has accepted an invitaton to join a panel at the UNESCO side event, A Dent in Democracy: how on and offline attacks on women journalists are hurting us all, which will highlight the UN Plan of Action on the Safety of Journalists and the Iissue of impunity.
The IAWRT Gender Links joint side event, Making Information and Communication Technologies Work for Gender Justice will workshop solutions to cyber violence problems, such as hacking targeting female journalists and attempts to destroy reputations. A digital gender and media-monitoring tool, developed by Gender Links, with assistance from Free Press Unlimited, will be presented.
IAWRT’s radio experts will be at a side event to speak to the CSW’s main theme rural women and girls. ‘The event, organised with the UN Department of Public Information, is Community media broadcasters: Building capacities for amplifying voices of rural women will include IAWRT board member, Archana Kapoor, an Indian community radio leader, and Sheila Katzman (former UN Chief of UN Radio and Public Information at DPKO).
So in March, watch out for reports from our delegates on our Facebook group International Association of Women in Radio and Television (IAWRT), on Twitter #CSW62 @iawrt and here, iawrt.org. Photo essay below CSW 2018 Delegates photographed by Nancy Cohen. 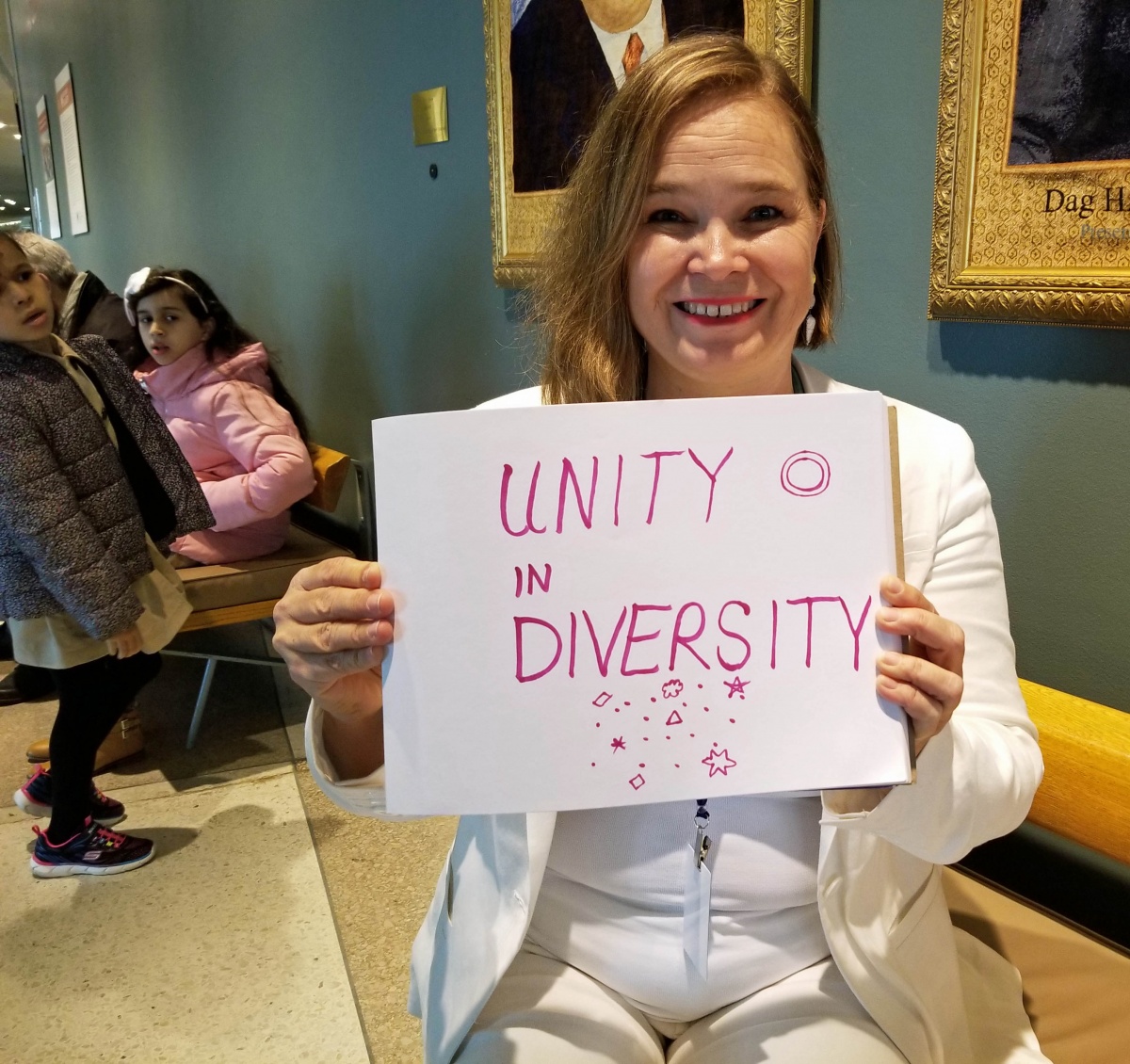 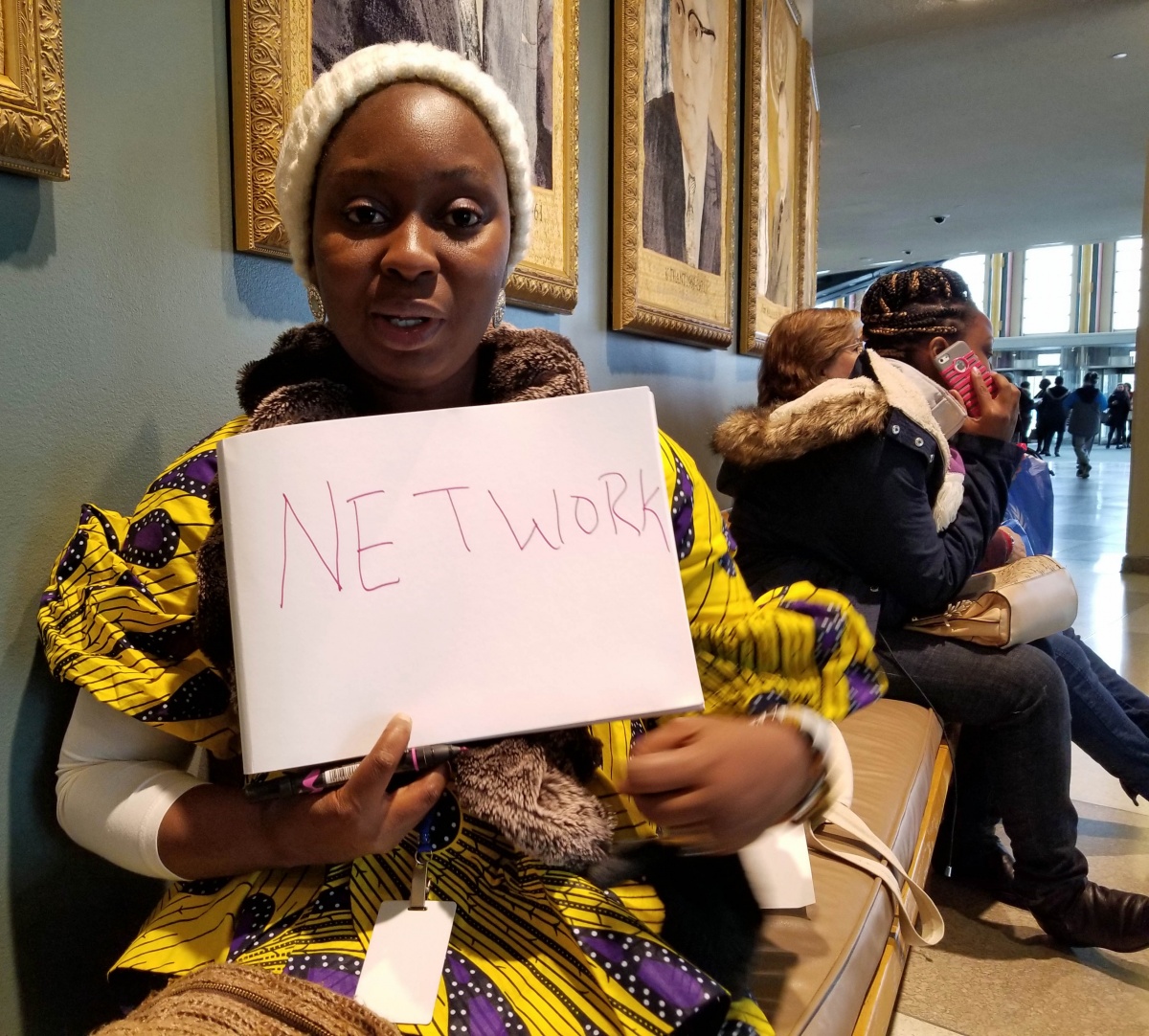 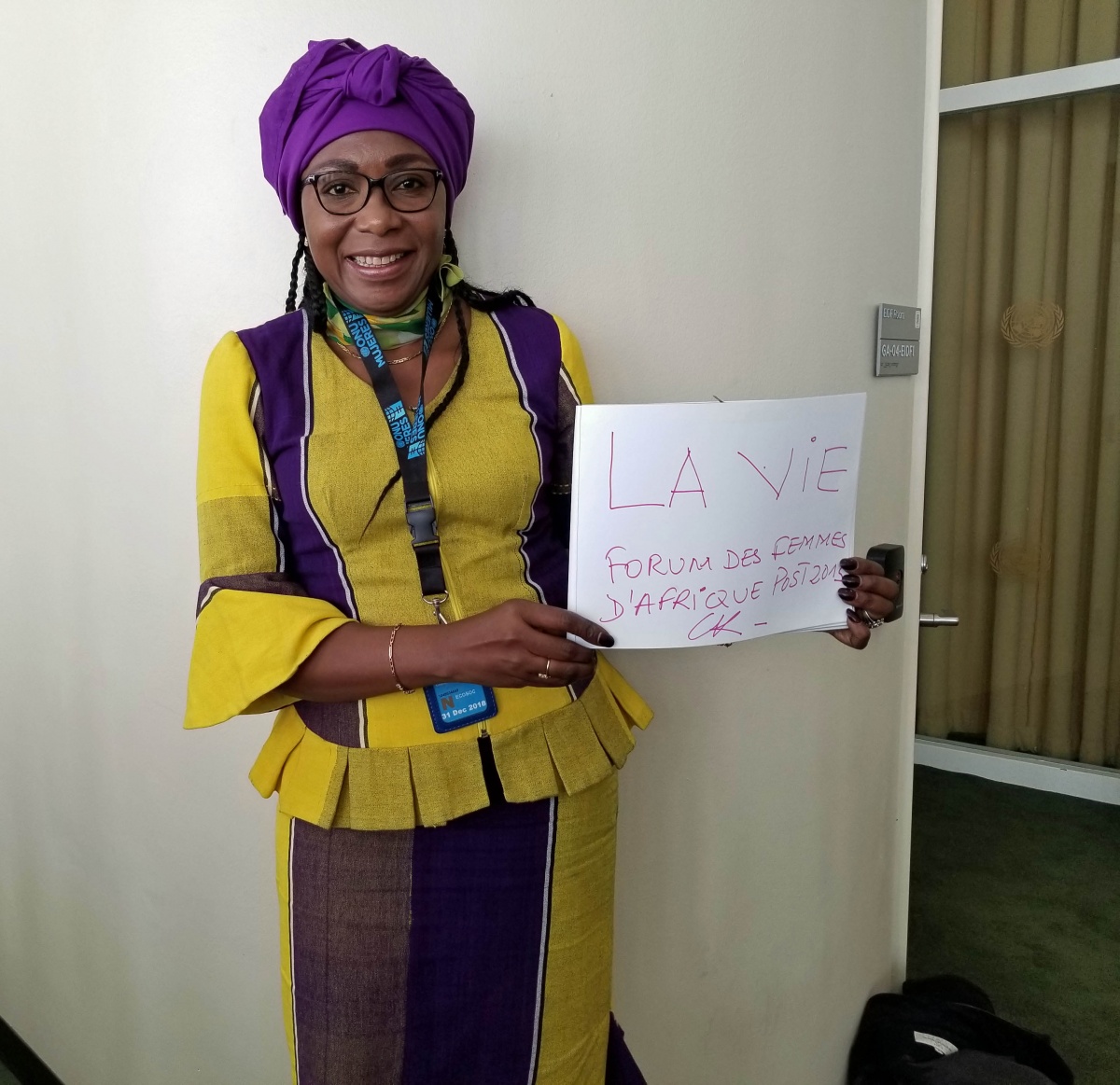 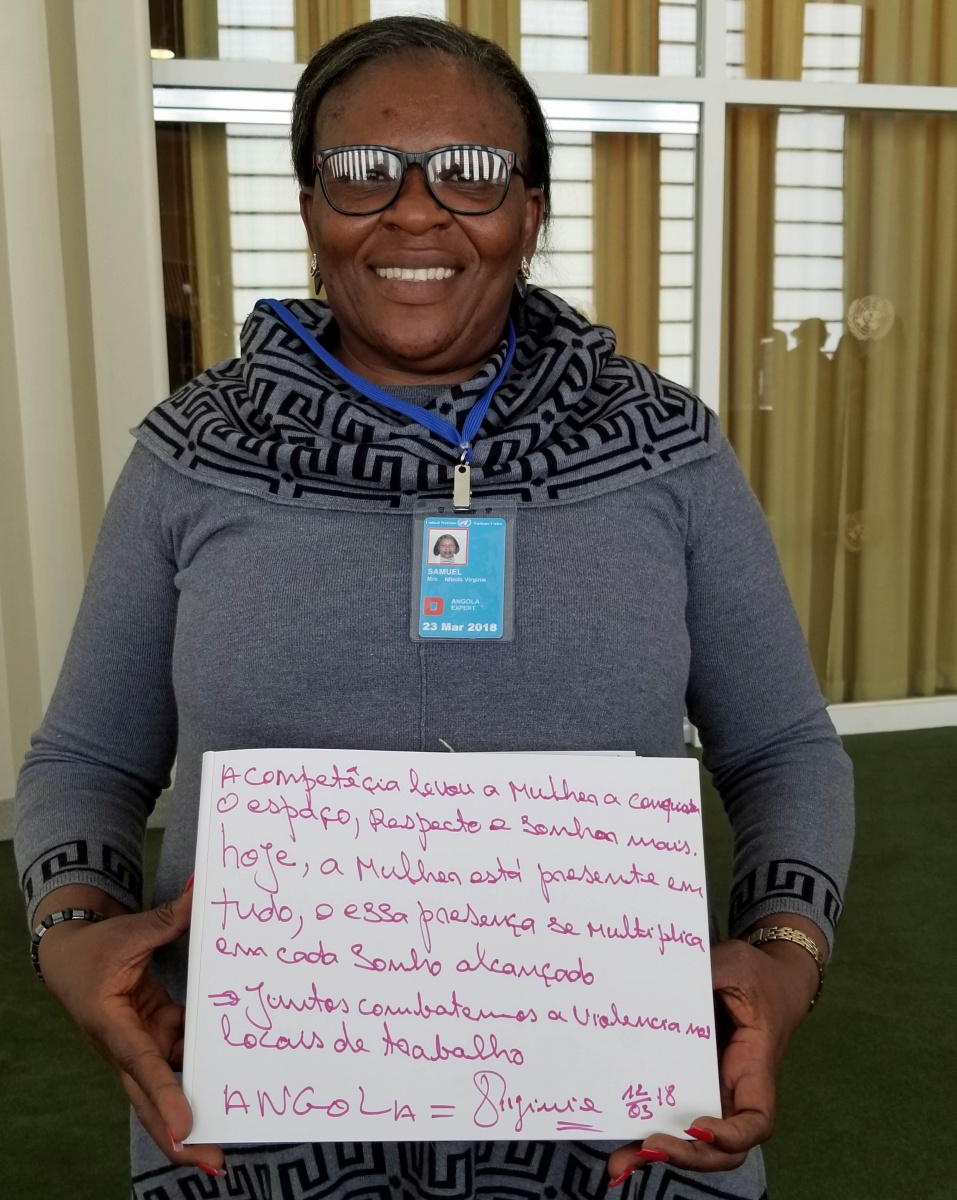 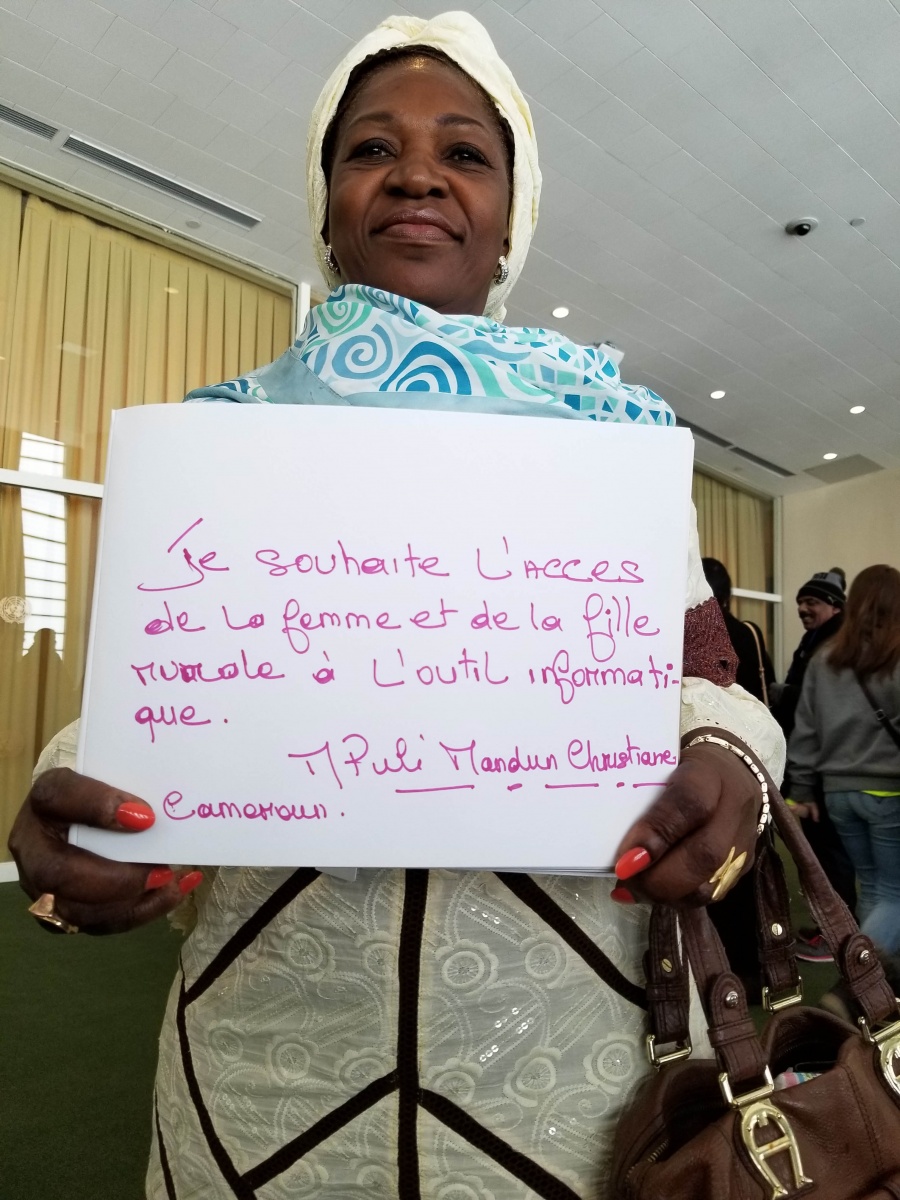 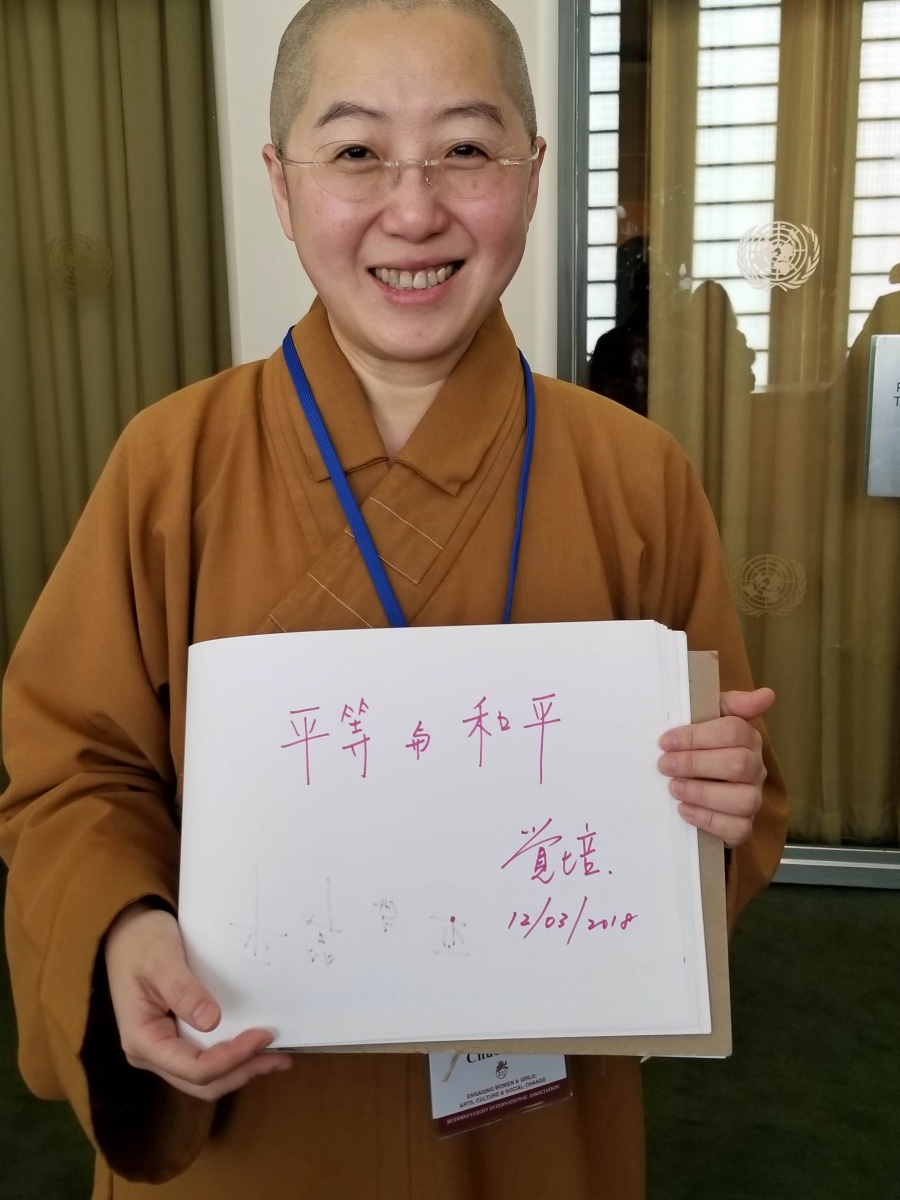