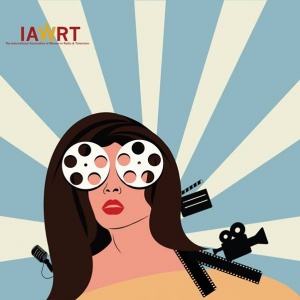 The only festival in India solely dedicated to showcasing works by Asian women, the 13th IAWRT Asian Women’s Film Festival, this year premiered the IAWRT 2017 documentary, Velvet Revolution. The three day gathering in New Delhi from 2-4 March, 2017 was at the India International Centre, 40, Max Mueller Marg.

The festival included curated sections on animated films, artists’ film and aideo, soundphiles and two seminars. The first, entitled “Making Records: Documenting Feminsims” explored women who have documented feminist narratives of the present and the past. The second panel, entitled “Women Reporting on Violence Against Women” looked at how women reporters have been filing ground-breaking stories on gender-based violence.

The full schedules and curators notes are availabe for download below.

17 films were selected from over 200 entries and a range of genres were featured. The curators say that the selected films speak to multiple ideas and form.

It was filmed over many years following an abandoned child and now woman, Aisha, who survived 18 years in orphanages and foster homes, to forge her own life. The title in Arabic means literally “Still Alive”. 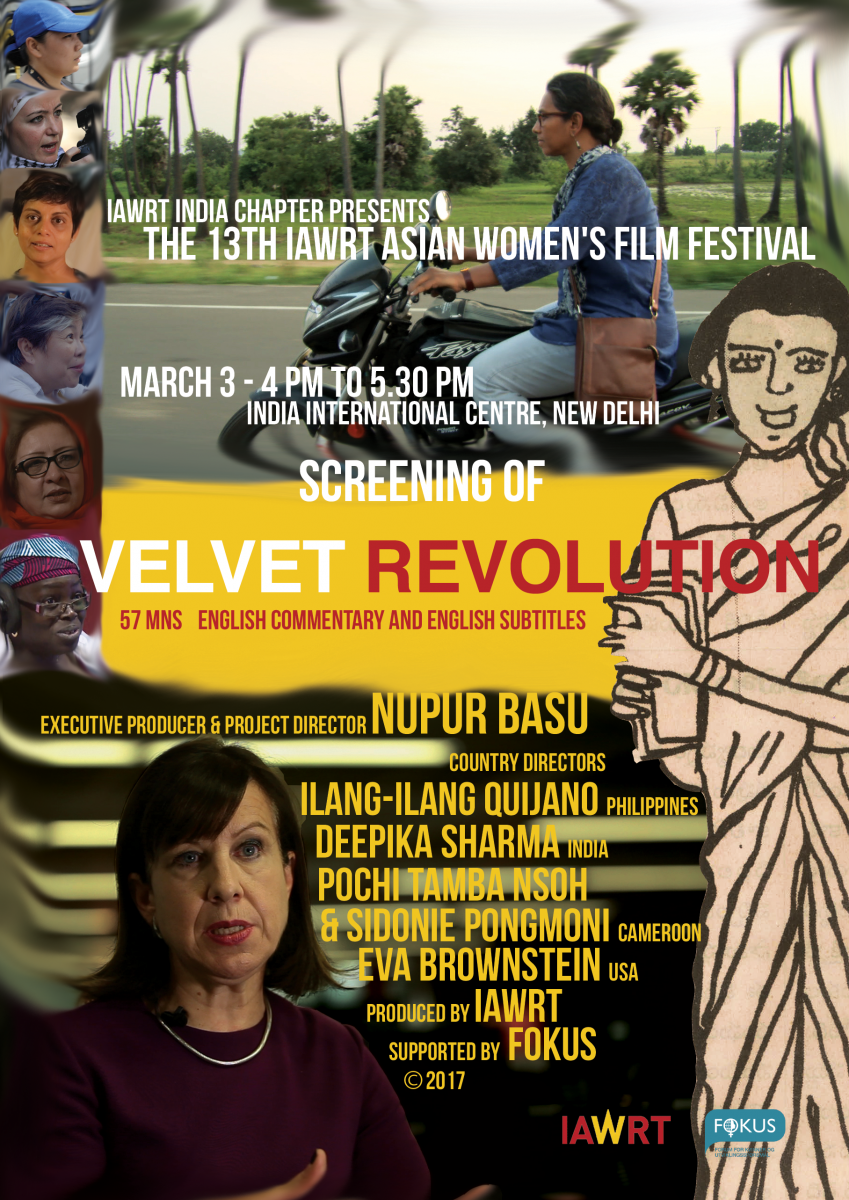 The feature film for the official opening in the evening was the documentary film Here the Seats are Vacant (Inja Sandaliha khalist) about a famous dancer and actress Shahrzad, exploited as a child before an award winning career, then imprisoned after the Islamic revolution and institutionalized in a mental hospital. Now at 72 , she is dealing with her life in a small village in Iran.

Velvet Revolution, IAWRT’s 2017 Long documentary produced by Nupur Basu with Pochi Tamba Nsoh, Sidonie Pongmoni, Deepika Sharma, Ilang-Ilang Quijano & Eva Brownstein will had its first public showing at the New Delhi gathering on March 3rd. It was filmed in Cameroon, India, the Philippines, USA and, UK and features women in their own countries and in exile who have worked in dangerous and war-torn areas to communicate stories of importance. In this exciting collaborative film the six women directors take their lens up-close to women making news. They includes the award winning Syrian journalist, Zaina Erhaim, now living in exile in southern Turkey, to a young journalist from Philippines Kimberlie Ngabit Quitasol, and Bonya Ahmed, the wife of slain Bangladesh blogger, Avijit Roy. The documentary profiles women journalists who have paid a high price for speaking truth to power.

The closing film of the festival League of Exotique Dancers is a playful look at women burlesque dancers in their sixties and seventies who revisit the arena of their performance and the lives they lived.

Media coverage by Namrata Joshi in The Hundu Sunday Magazine.