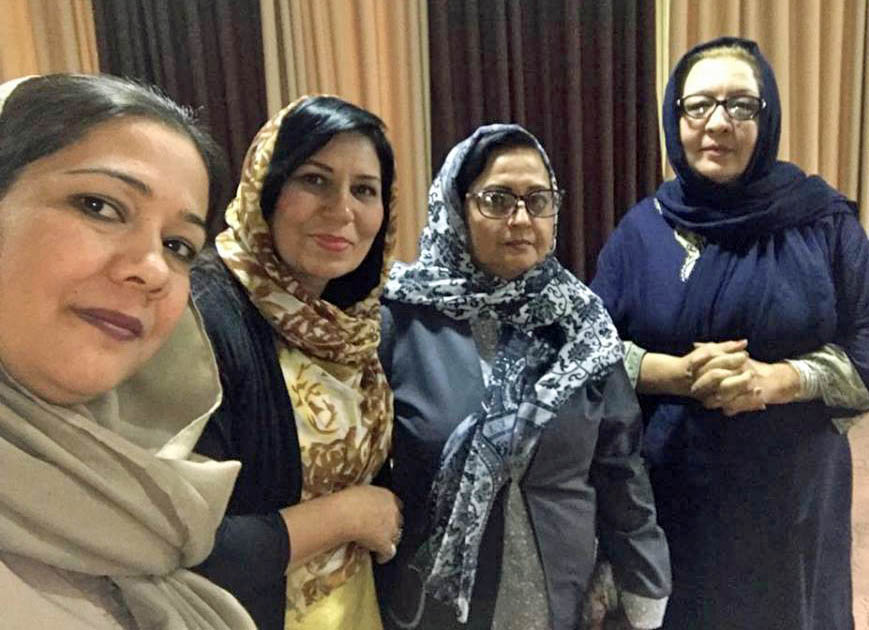 IAWRT Afghanistan has begun work on an exciting project to profile influential women in Afghan media.

The chapter will be launched in Kabul in late August, and its official inauguration into IAWRT, is scheduled for October at the Uganda regional conference in Entebbe. Board members pictured, right to left : Najiba Ayubi, Amena Mayar, Makia Muneer and Afsana Rahimi

The multi media project will profile the careers of the women, looking at how they started to work in Afghanistan media, what they have achieved, how they faced and overcame what is an extremeley challenging environment. The project aims to find out what they think about the future for Afghan women journalists and what their role will be in Afghanistan.

The project is funded by Internews which supports leading Afghani media organisations and fosters the development of free and accurate media. The IAWRT project began in mid-June and is due to be completed and launched around the end of August 2018.

Twenty in depth interviews will be published in the most popular Afghanistan national newspaper, 8 sobh, (8 oclock in the morning) and will also be produced as a book in two national languages, which will be distributed in different areas of Afghanistan.

Among the women interviewed so far is Shafiqa Habibi, a long life radio and television journalist and the head of the Afghan Women Journalists Union.

The head of the IAWRT Afghanistan chapter, Najiba Ayubi (pictured far right), says a seven-minute documentary is also being made to showcase those media women and that will be screened at the local launch of IAWRT in Kabul in August.

Following along the aims of IAWRT’s international gender mainstreaming project, the Afghanistan chapter plans to also develop a code of conduct for media organisations to put gender inclusion policy into practice.

This is to be developed through a series of networking meetings with other women in media organisations and will be produced for the Afghanistan Federation Journalists (AFJ).