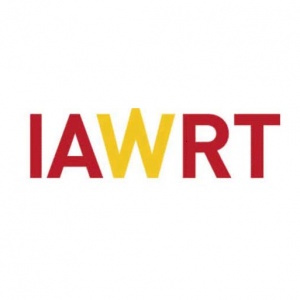 Attacks on media women undermine the work of women journalists and is a media freedom issue.

Journalists around the world still face serious challenges and are victims of murder, detention, torture, disappearances, extrajudicial killings along with online attacks and sexual harassment which are overwhelmingly directed at female journalists.

The International Association of Women in Radio and Television (IAWRT) once again joins the rest of the world to mark World Press Freedom Day to call for the safety of journalists especially female journalists around the World. We condemn the recent targeted killing of ten journalists in a series of attacks in Afghanistan; among them was one female journalist.

A number of women journalists have died in the line of duty in various countries. IAWRT would like to pay tribute to:

We also condemn the threats to journalists in the Philippines. The most recent ones being threats to: Rosemarie Alcaraz of Radio Natin Guimba, who received threats after recording on camera the shooting of farmers by men working for a local landlord and Kath M. Cortez, who was physically harassed for covering a protest action in Marawi, the city at the cxentre of the matail law dclaration on the Island of Mondinao.

In Iran, Reporters Without Borders have revealed that many feminist journalists have been subject to judicial harassment and imprisonment in connection with their writing. They include: Mansoureh Shojaee, who now lives in exile, and Narges Mohammadi, who is still detained. Moreover, efforts to discredit the role of media have become stronger. The powers-that-be wield disinformation and lies via social media to undermine the truth. Women journalists have become targets of these attacks, often with a sexual dimension.

The recent cyber-attacks against Indian journalist Rana Ayyub is a case in point. According to the Committee to Protect Journalists, Ayyub received pornographic videos of her face morphed onto “bodies of naked women” in her Facebook inbox and via Twitter in April. After that, trolls barraged her with sexist comments.

We commend the support from various partners including UNESCO and FOKUS that have enabled us to reach out to vulnerable journalists. We have held a number of workshops around safety in our IAWRT Chapters and commit to continue with the struggle. IAWRT appreciates the work of the local chapters in countries that are high risk: such as Afghanistan and Iraq, where Najiba Ayubi and Awaz Salim respoctively have established chapters respectively (to be officially installed later this year).

On World Press Freedom Day 2018, IAWRT celebrates the fundamental principles of press freedom; pays tribute to our colleagues who were killed doing their jobs and joins partners all over the world including; UNESCO, RSF, IWMF, CPJ and EJN who continue to defend the media from attacks on their independence.

In the words of UN Secretary General António Guterres: “Promoting a free press is standing up for our right to truth.”