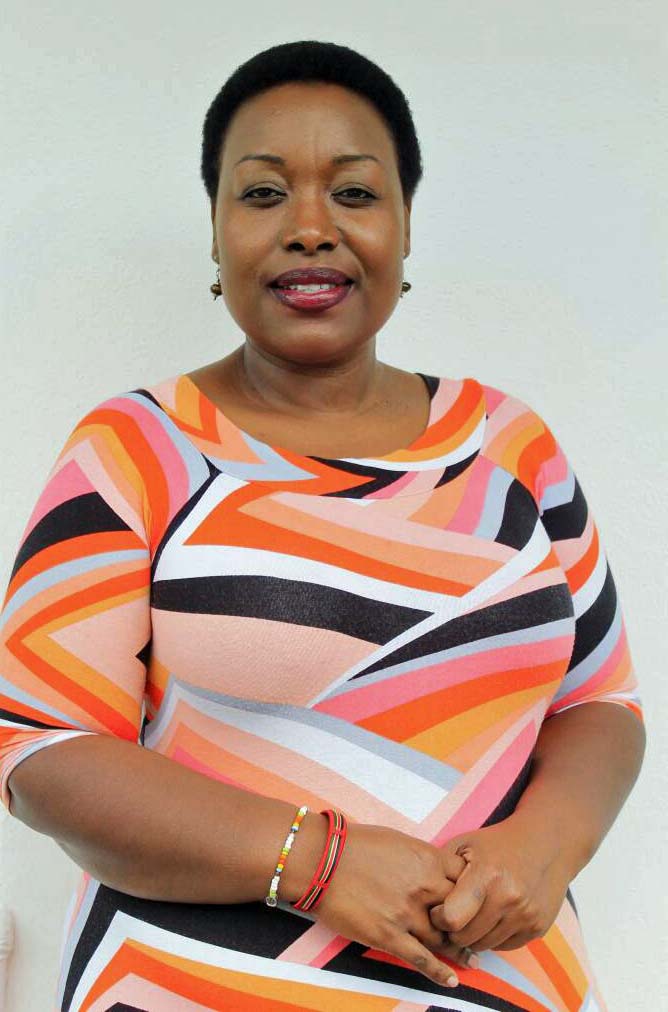 Journalist, Violet Gonda returns to Zimbabwe after 17 years in exile

In August 2000, Violet Gonda left her home country to study for an MA in International Journalism in London. She expected it would be for one year. However, she was to spend the next 17 years in exile as a result of being banned from returning to Zimbabwe by President Robert Mugabe’s regime.

But she found that her media work in exile meant that she was not a stranger to many Zimbabweans. 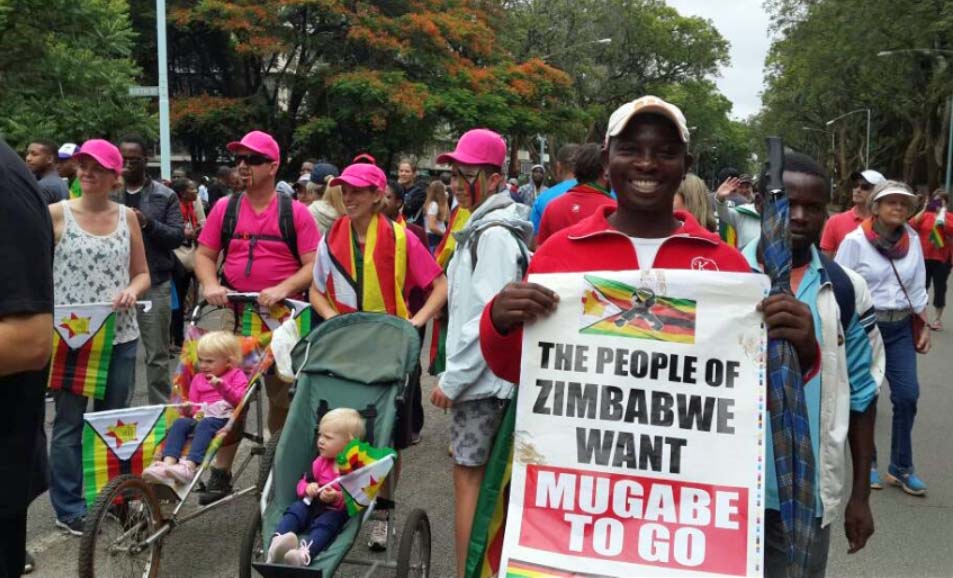 In January this year (2018) she was able to return home because the unthinkable had happened. After being in power for 37 years, 93-year-old Robert Mugabe was finally forced to resign. “It happened so fast. I never thought this day would come. I had spent almost two decades exposing Mugabe’s excesses but when he was finally removed from power, I was in the Philippines at the IAWRT Biennial conference” Violet said.

In one of the ironies of this story, she was elected President of this organisation in the same week, having been a valued member since 1997.

Violet was already an activist for media freedom when she left Zimbabwe in 2000, she worked for a video/film production company, which produced political documentaries which would not be broadcast on the heavily censored Zimbabwean Broadcasting Corporation (ZBC). At Edwina Spicer Productions, the team travelled out to villages for community showings and began monitoring the ethical standards of Zimbabwe’s media. This was the start of the Media Monitoring Project of Zimbabwe (MMPZ)

Within a year or so, Mugabe’s media crackdown intensified, with intimidation of journalists, arrests and beatings leading to her colleague, Gerry Jackson, relocating to London, where SW Radio Africa was set up to broadcast back into Zimbabwe in December 2001.

Violet became one of the six journalists at the radio station which covered the ongoing political and economic crisis in Zimbabwe. Their broadcasts telling the stories of the oppression of Zimbabweans, in defiance of the extreme censorship of Mugabe, led to all six being barred from returning.

Those broadcasts about protests and attacks by ruling party supporters or the military on supporters of the then opposition led by Morgan Tsvangirai, were virtually the only news Zimbabweans heard about what was really happening. “It was so hard listeningthe stories of rape and torture and killings told by the people brave enough to call us” she says. Audio report about Violet and SW Radio broadcasts in 2005. 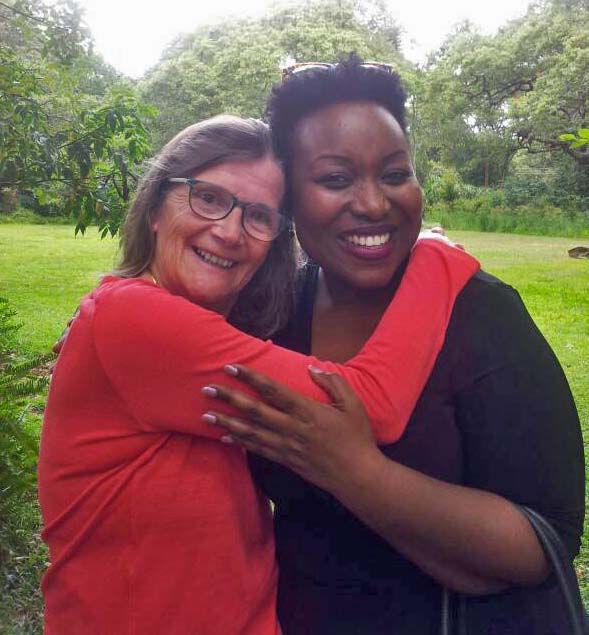 At the beginning of this year she arrived at Harare Airport. “It was an emotional homecoming. As I arrived at the airport I felt like a stranger. I had to show my British Passport.” Her Zimbabwean passport is yet to be renewed.  Despite the freedom of being able to return to see her extended family, she bore the weight of loss, but found an unexpected intimacy with strangers, with a little irony thrown into the mix. pic:reunited with her first boss Edwina Spicer in Harare

Over the years in exile, Violet also had to bear the weight of guilt she felt over how much her reporting contributed to some of her family members being victimised.  “Zimbabwe might be home” Violet says “but is also a land of painful separation and personal tragedy.” Ultimately, she says she must grapple with a place she calls home which has greatly changed in the last 17 years.

After SW Radio, Violet studied and worked for Voice of America – Studio 7 in Washington DC and was in demand internationally as an expert reporter on Zimbabwe’s political crisis, while in exile in the UK, the USA and South Africa. She also worked with a small group to launch 1st TV from South Africa. “This was a cheeky and highly successful short-term free-to-air television station that sought to bring accurate news and information to Zimbabweans in the 2013 election” she says. 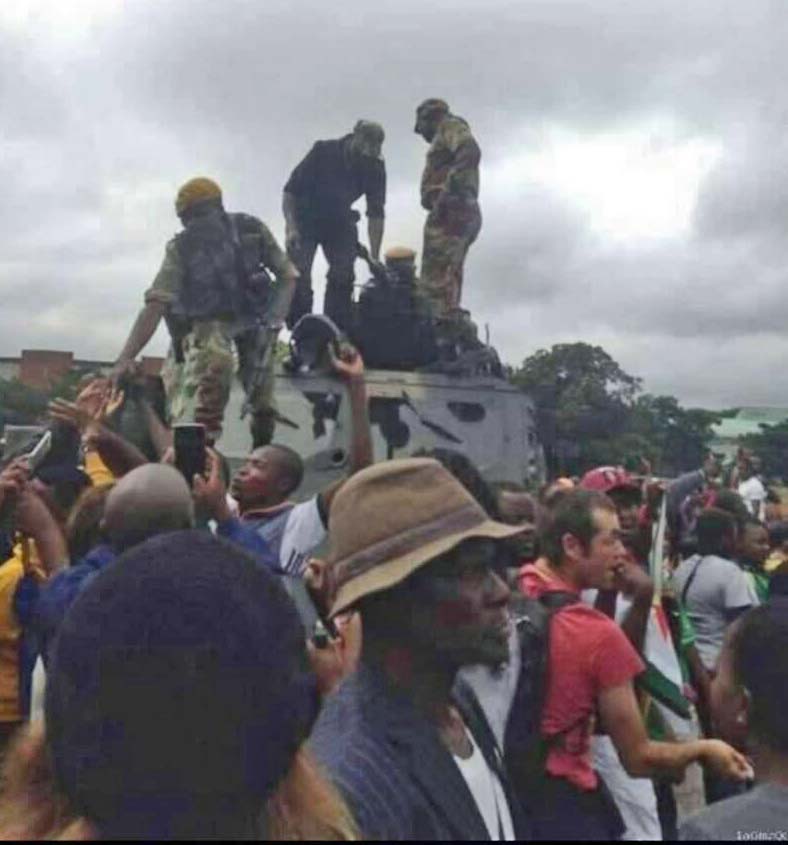 She utilised social media such as Twitter, Facebook and YouTube, and recently set up web broadcasts on Hotseat with Violet Gonda, which features long form interviews as critical analysis of Zimbabwe as a country not returned to democracy.

So, she was no stranger to the immigration officer who viewed her British passport at Harare airport in January 2018.

“He immediately recognised me and said, ‘I hope you are not intending to produce journalism while you are here’, he sternly added, ‘because if you do, you must register with the government and get a license’. Of course not, I told him.” (The changing of the guard to President Emmerson Mnangagwa of the ruling ZANU-PF party has not led to the removal of a multitude of statutes hindering freedom of expression in the media).

In general, though Violet had hoped to lay low in Harare, and surprise her extended family, back in Mutare, Manicaland, in the Eastern Highlands of Zimbabwe.  But it was not to be.  “They found out I was back in the country when advertisements about a public debate programme I was going to launch was aired on television and radio,” An NGO supporting democratic process, known as the Zimbabwe Election Support Network (ZESN)  had signed up Violet to host their ‘Making Elections Make Sense’ dialogue series for this election year and they were paying to advertise on ZBC.

Violet laughs about those advertisement being aired on ZBC – which she delights in referring to as “the Dead BC” –  the local joke on how censorship makes it hardly worth listening to, or watching.  “The irony of it was in the way the original ban on us returning to Zimbabwe was announced by ZBC “We were described as pirates and enemies of the state …  and 17 years later the state controlled broadcaster actually is adverting , effectively announcing my return home!”

“All these years, I had no idea of the impact our broadcasts had. I was surprised by the welcome from total strangers. Even the man wrapping my baggage at the airport recognised my name from my SW Radio Africa days and welcomed me back.”

The streets, however, were not the same, they were full of potholes, and major corporations have deserted the city centre, while the elite retreat to leafy suburbs with armed guards at the doors of their shopping centres. “ATM’s can’t dispense more than 20-dollars a day, the once vibrant Zimbabwe middle class is nearing extinction.

“Zimbabwe is still beautiful, sadly the rich are getting richer and the poor are getting poorer.” 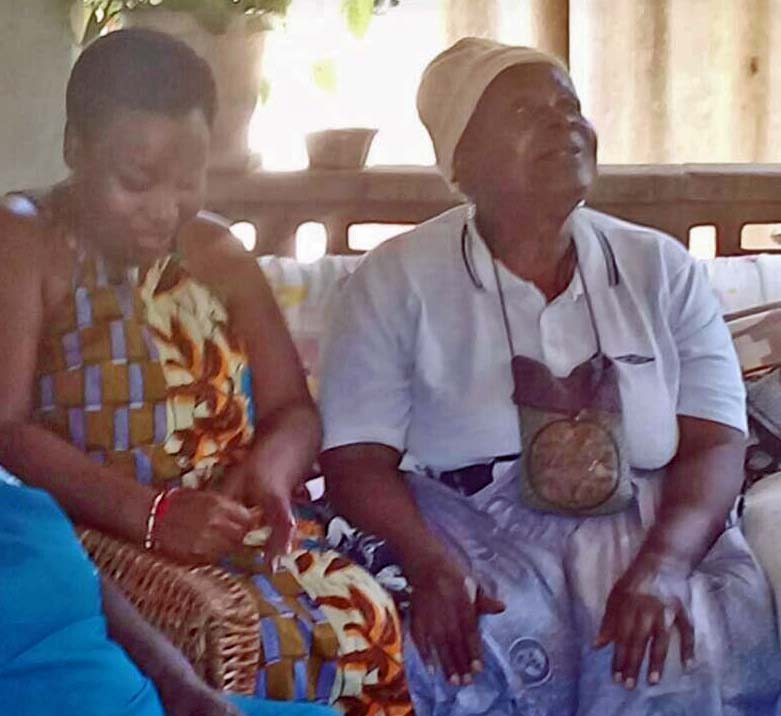 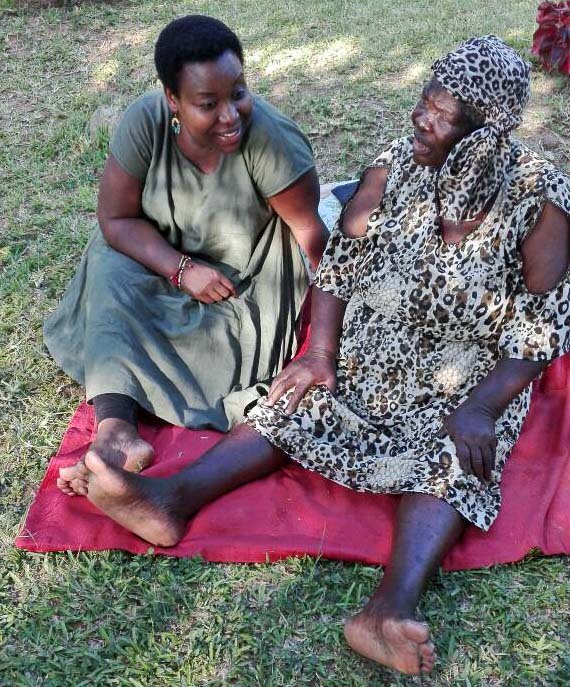 When she arrived home to Mutare after almost two decades to hug her grandmothers now in their 90’s, it seems they had also been doing a little advertising too.  She relates the story of when the announcement of Robert Mugabe’s resignation came through, her paternal grandmother called a prayer meeting with the neighbours to give thanks.  “She was crying and saying Mugabe is gone now. Vee (Nickname) can come home now. I will get to see my granddaughter before I die.”

Then she went to her maternal grandmother’s farm just outside Mutare. “It was a journey that was beautiful and painful at the same time as it included a visit to the graveyard where a line of deceased aunts and uncles who died lay.  In my culture aunties and uncles are just like our parents, and I was not there for them.”

“Robert Mugabe really robbed us, especially when it comes to family.”

Violet has now hosted two election discussions in Harare since January – on the elections and on the state of the parties and the prospect of credible fair elections. She has also moderated a panel discussion on the new president’s first 100 days.

The true test of this new government’s return to democracy will be seen in the level of tolerance shown, as journalists like Violet tackle critical issues on elections and highly sensitive political issues.

“I need to be home for multiple reasons: for my country, as a journalist, and for myself. For 17 years, I have only been able to visit home in my dreams. But I was watching history being made, via my mobile phone, in the Philippines. It was an extraordinary and exhilarating feeling, following those fast-moving events, yet not knowing how it would all turn out, and being a part of it”, she says.

“Clearly there was a lot more going on around the ‘soft-coup’, about which I can only guess. What private deals were being made that now affect my country’s future, and millions of Zimbabweans overseas?”

Was it a national revolution, or just ‘more of the same’ she asks?

Once in a phone interview, Mugabe’s spokesperson, George Charamba, threatened to shoot Violet for pressing him about media reforms. “So I want to test the levels of reforms and tolerance for an open media landscape. This is key for Zimbabwe’s democratic future, for a government working for all the people, not just the privileged few.”

Most of all, I want to see my relatives, and breathe the fresh air of home.”