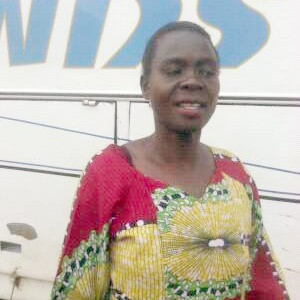 This story of one women shows how Ugandan women’s subservient status in intimate relationships creates a barrier to protecting them from domestic violence, and from being isolated if they become infected with HIV/AIDS.

The Victimization and Vilification of Mrs. Muhindo Ruth Muwanguzi

Lira is a district located far away from the heart of Kampala in the northern part of Uganda. Like most districts, commercial and small-scale agriculture is the backbone of the community living there..

When Lira was attacked by the heartless rebel Joseph Kony, the former head of the Lords Resistance Army (LRA) which terrorised the region between 1998-2008, a number of families shifted to other parts of Uganda for fear of being killed or their daughters being raped and infected with HIV/AIDS. Kony slaughtered people, or had body parts such as ears, mouths or hands cut off, leaving people suffering with wounds, and his soldiers were known for other atrocities such as killing babies and pregnant mothers.

However even in their new homes, a number of females were still victims of gender-based violence. Such violence is defined as any threat or act forced on a particular gender, which results in physical, sexual or mental suffering regardless of whether it is in public or in private.

Gender-based violence is a serious concern in Uganda, mostly affecting women and children, in almost all the parts of the country. There are estimates that over 50% of women in Uganda face domestic violence in various forms. 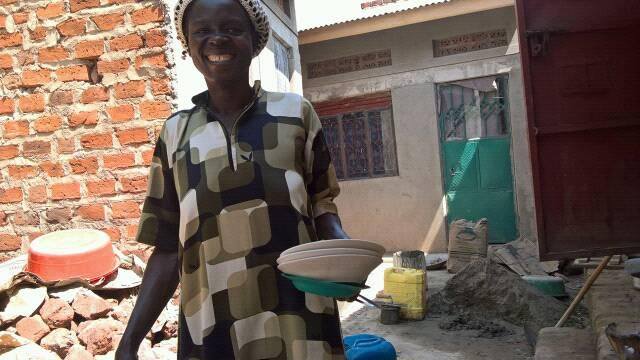 Muhindo Ruth Muwanguzi is no exception. The 47-year-old Acholi woman and a mother of two originated from Ngeta Mission in Lira and relocated to Nansana West Zone 2 Nsumbi Village as a result of Kony staging in their area.

In the village, Muhindo had a tribe mate friend when she was in her early 20’s. After some years they fell in love,they married and had 2 children, a daughter and a son.  A few years later, her husband was promoted to a position of captain in the Ugandan People’s Defense Force (UPDF).

Muhindo says that after this promotion her husband’s behavior started changing and he became harsh towards her – shouting at her, and inflicting physical and mental torture. He started going out with various young ladies and eventually got infected with HIV/AIDS. However this was only discovered after 2006 when he got an opportunity for a UPDF mission in a foreign country and had to undergo several medical tests.

“But I only knew this later in our marriage” she said .”.. and I only got to know about my status after a Christian Crusade in 2007 where we were advised to test for HIV/AIDS to know our status. Unfortunately, I tested positive.”

Muhindo says that it was tough for her, but she had to open up to her husband who then reacted negatively accusing her of being unfaithful in the marriage. He started becoming more rough towards her and threatened to kill her and her children for having brought a deadly disease in their marriage. He said that he did not need them anymore because they were useless. He even stopped her from informing his relatives about her situation at home as well as their health status.

After a year, the husband dumped Muhindo, moved out of home with another woman and disowned their children.

“I had to work hard to sustain the family. I worked day and night to feed my children and I, pay school fees and everything with fear of leaving my very little children alone”  Ruth said, with tears rolling down her face.

Muhindo’s position worsened when her relatives got to know that she had HIV/AIDS. Her father and mother disowned her.

“After Six years, my husband came back home and asked us to leave the house – the only property that had remained for me and the children – so that he could sell it for his own self-interest so that we can suffer till death.”

This is not a case for Muhindo alone; thousands of women of all ages face similar problems which have resulted in increasing HIV/Aids infection rates .According to the Ministry of Gender, Social and Development 50% of women face the same problem. In some circumstances, women do not disclose their status to the men for fear of being neglected and framed as women who brought the deadly disease to the home. So In the long run, new born babies can be infected too, simply because after the disclosure, a woman would not have a source of food without her husband.

Despite the great strides women have made in terms of education, employment and civic participation in Uganda, many are still constrained by deeply held social norms governing women’s subservient status in intimate relationships.  Statistics show that wife beating and neglect is justified by men in a series of circumstances in the African tradition. Some of the cases where husbands justify wife beating include: if the wife burns the food, argues with her husband, does not seek permission from her husband to go out, or refuses sexual relations.

Despite the  availability of existing laws like the, Divorce Act, The Marriage Act, Domestic Violence Act and the support of Non-Governmental Organizations like Equal Opportunities Uganda, the United Nations Development Programme (UNDP) and many others that are fighting against that kind of  violence, still many women are unaware of their rights. Others fear to disclose their marriage issues and criticise the behaviour of their husbands because of the superior positions the men hold, the women are thinking nothing will come out in their favor.

So Uganda Gender Activities and those at the international level need to join hands to help Ugandan Women in building more awareness.

Florence Nakawungu is an IAWRT Web intern and a member of the Uganda Chapter.