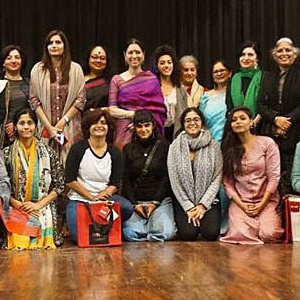 Curators are now beginng the selection of about 700 enties to the highly successful non-competitive festival which brings together the works of Asian women directors (resident in or outside of Asia) in a range of genres – animation, documentary, experimental, short fiction and television reportage. The India chapter of the International Association of Women in Radio and Television has been organizing a film festival to celebrate International Women’s Day since 2005.

In the 16th edition of the festival, alongside the general program there will be curated sections focusing on women directors from countries within the Middle East, the works and journeys of women photographers and a section across genres curated around the theme of  ‘Her upside down gaze’. Some of the questions that this curated section seeks to address are: What are the myriad ways in which women filmmakers are re-imagining the craft of filmmaking? Does our experimentation with film form reflect shared concerns, connect similar strategies, define a distinct vision of both our subjects and ourselves? see  below for the directors concept note.

The 15th edition of the festival received a similar number of entries from 37 countries. We screened 51 films and had a curated section titled Soundphiles that covered a range of sonic genres.

Over the years the festival has attracted diverse audiences enabling vibrant discussions. Sections of the festival have traveled to various Indian cities and International festivals in the past years.